The typhoon formed in the Philippine Sea earlier in the day and is moving northwest at a speed of 56 kilometers per hour, according to the Korea Meteorological Administration (KMA).

As of 9 a.m., Mitag was classified as "small" with a central pressure of 1,000 hectopascals (hPa). The maximum sustained wind speed near its center was 61 kph, or 17 meters per second.

It may affect in South Korea's southern island of Jeju and nearby coastal areas around Wednesday, the agency said.

The tropical storm could also produce high winds, strong waves and flash flooding in some parts of Japan and Taiwan next week, according to foreign media reports. 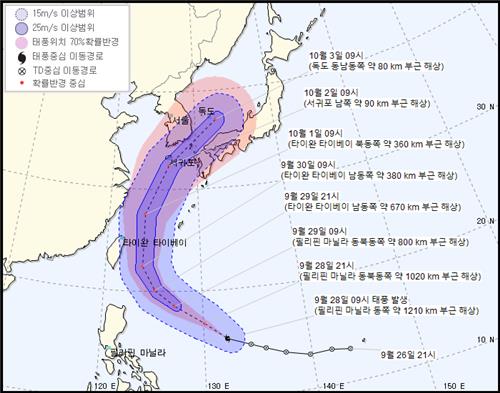