SEOUL, Sept. 30 (Yonhap) -- A presidential committee on Monday suggested measures to reduce South Korea's fine dust by up to 20 percent later this year amid growing concerns over an environmental issue that has social and diplomatic ramifications.

The measures, encompassing seven areas such as industry, health and international cooperation, are expected to cut fine dust emissions in Asia's fourth-largest economy from December this year to March next year, months in which fine dust peaks, by 20 percent or 23,000 tons on-year. 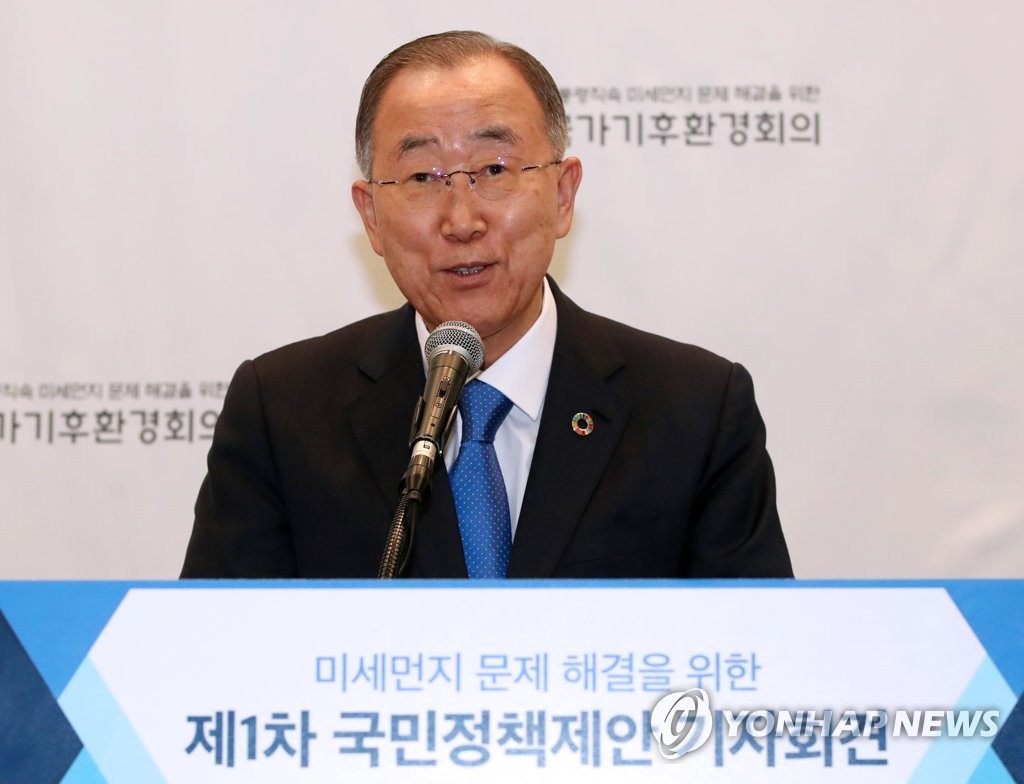 The National Council on Climate and Air Quality, chaired by former UN Secretary General Ban Ki-moon, told a press conference it will submit a final report, based on the opinions of around 500 members of the public and 150 experts and academics, to the government later this week.

The committee said it plans to conduct a second round of deliberations and propose mid-to-long term policy suggestions next year.

"Some may say the extent of the measures is extreme, but this level of policy is necessary considering the serious situation which is indicated as a disaster according to law," Ban said.

Earlier this year, South Korea's parliament passed bills aimed at better tackling fine dust, including a revision to the disaster and safety management law to include high density particulate matter in the definition of "social disaster."

"Considering that (the issue of fine dust) has reached a state of social disaster shows that what we need is not medicine or exercise but emergency surgery that can resuscitate a person who has fallen sick," he stressed.

Regarding business, which generates roughly 41 percent of the country's total emissions, the committee suggested giving further incentives such as tax benefits and funds for securing greener facilities and technologies. It forecast the incentive-focused policy to cut emissions by 11,993 tons during the four-month period.

The committee also suggested regulating coal power plants, which are often accused of being the biggest cause of air pollution. By suspending or scaling down operations at up to 27 plants nationwide, depending on power demand, the committee said it expected fine dust emissions to fall by 3,491 tons.

The proposals included regulating old diesel-fueled vehicles and machinery. Under the policy, old cars with high emission rates would be banned from driving in cities with populations of 500,000 or more. And old machinery will be excluded from public construction projects that are valued at over 10 billion won (US$8 million). 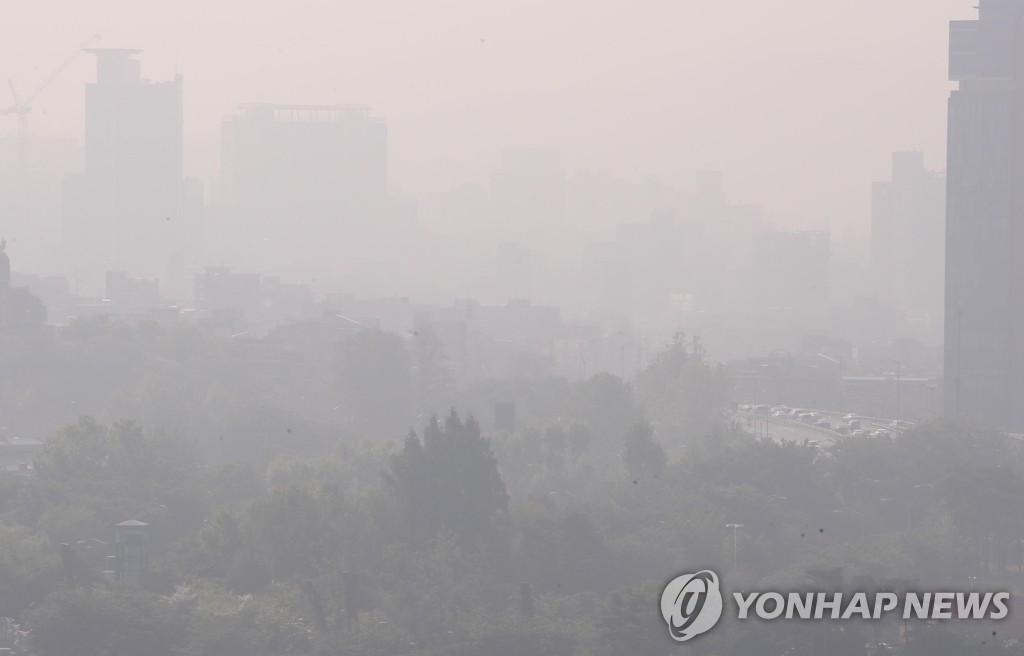 It suggested a tougher regulations on burning trash in rural areas and setting up signage showing air pollution levels in residential areas and at construction sites.

It also proposed banning diesel cars in school zones and operating sprinkler trucks in areas near schools and hospitals. Also among the suggestions were distributing masks to protect the public from pollutant exposure.

As part of the efforts, the committee also suggested sharing fine dust-related information with China and signing a bilateral partnership on curbing air pollution.

The policy suggestions are the latest part of Seoul's efforts to tackle fine dust.

Forty-four South Korean cities were included in the top 100 most polluted cities in OECD countries in 2018, according to a March 5 statement by Greenpeace. The environmental NGO also noted that South Korea suffered the most from air pollution among OECD member countries.

Fine dust is a potential cause of respiratory diseases and cancer. It is more likely to penetrate deeper into the lungs, while ultrafine particles can be absorbed directly into the bloodstream, posing serious health risks.