SEOUL, Sept. 30 (Yonhap) -- Another suspected case of African swine fever (ASF) was reported south of Seoul on Monday, amid continued quarantine efforts to contain the spread of the virus.

The report was made in Hwaseong, Gyeonggi Province, about 42.5 kilometers south of the capital. If confirmed, it will be the tenth case since Sept. 17, when the country's first-ever outbreak of African swine fever was confirmed, and will be the first to occur south of Seoul. The test result is expected to be released early Tuesday.

So far, all confirmed cases have been in northern areas of Gyeonggi Province and Incheon adjacent to the border with North Korea. A suspected case was reported in central South Korea on Sunday but later tested negative.

The country's quarantine authorities have been implementing disinfection operations at major roads and rivers near the inter-Korean border, the Ministry of Agriculture, Food and Rural Affairs said. 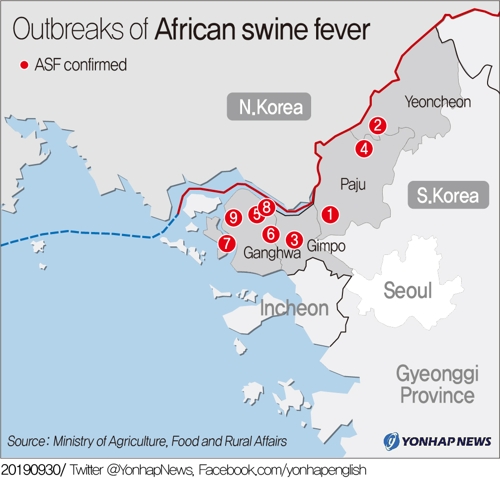 Although ASF is not harmful to people, it is fatal for pigs and there is no cure currently available, making culling affected pigs the only viable option to prevent the spread of the deadly animal virus.

The ministry said it had culled around 67,000 pigs as of Sunday afternoon. The total number of pigs slaughtered or to be culled will exceed 94,000, it added.

As five out of nine confirmed cases came from Ganghwa Island in Incheon, the ministry decided to slaughter all pigs -- an estimated 38,000 animals -- raised in the area.

All parts of Gyeonggi Province and Incheon, along with neighboring Gangwon Province, have been designated as tightly controlled zones subject to more stringent disinfection operations and checkups. 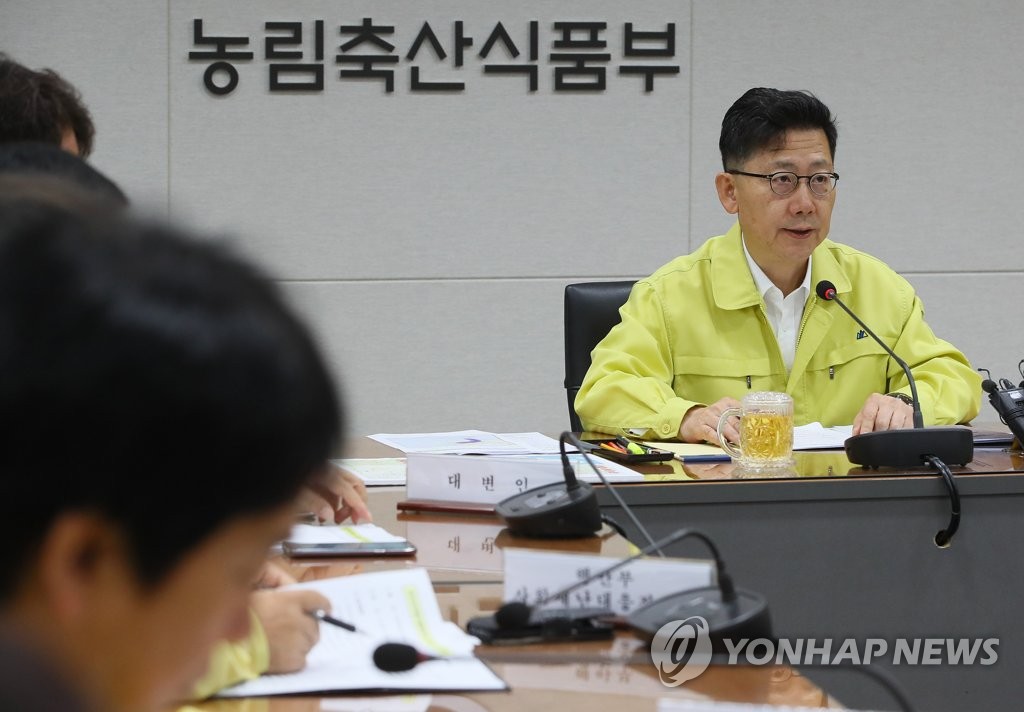 Quarantine authorities also remain on high alert because of the approaching Typhoon Mitag, which is expected to bring heavy rain and strong winds to southern parts of the country.

Heavy rains may hinder quarantine operations as they clean away disinfectants already spread on the ground near pig farms and related facilities.

"All provincial governments should prepare disinfectants and other quarantine supplies in advance, so that they can start disinfection operations immediately after the typhoon," Agriculture Minister Kim Hyeon-soo said at a meeting at the government complex in the city of Sejong, central South Korea.

In line with efforts to find out what has caused the outbreak in the country, the environment ministry plans to carry out an investigation into watercourses bordering North Korea, amid the possibility that the virus traveled from the North.

The confirmed cases of African swine fever in South Korea came roughly four months after North Korea reported an outbreak of the disease to the World Organization for Animal Health near its border with China in May.

Earlier, South Korea's spy agency said pigs have been "wiped out" due to the disease in the North's northwestern Pyongan Province.

As the incubation period of ASF is up to 19 days, experts say South Korea may suffer more ASF cases in northern areas this week.

South Korea's supply of pork, meanwhile, is expected to get back to normal following Saturday's lifting of a nationwide standstill at pig farms, the ministry added. 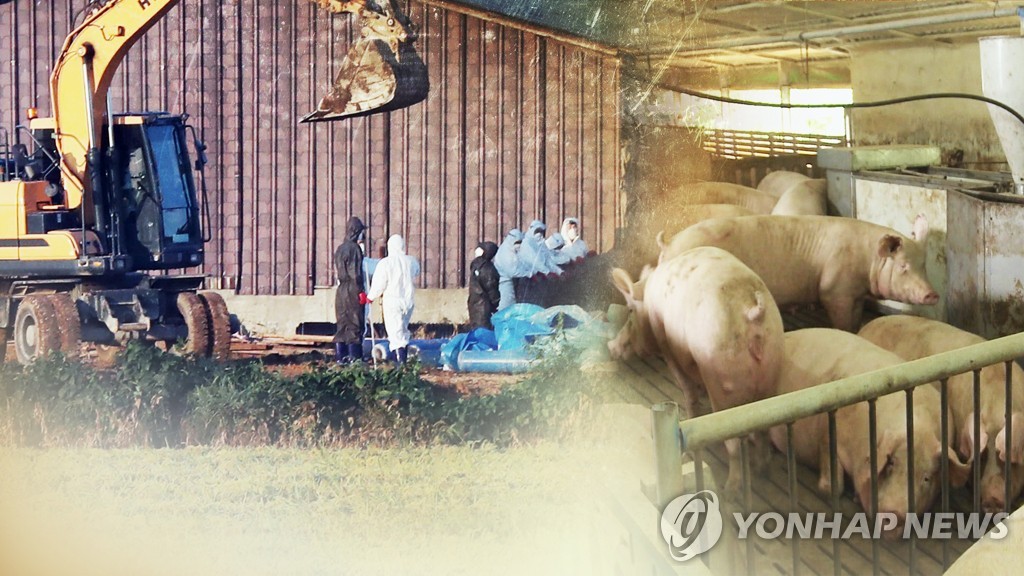