During the bilateral science and technology joint committee meeting held in Canberra on Friday, the two countries agreed to conduct research to extract hydrogen from liquefied natural gas and liquefied petroleum gas so the resource can be effectively used in charging stations.

Hydrogen releases no carbon dioxide into the atmosphere, which is cited for contributing to global warming. South Korea is seeking to build a society that utilizes hydrogen as the main source of energy for power generation and other daily uses.

On rare earth processing, South Korea and Australia will carry out experiments to capture, isolate and use radioactive elements that can come from processing monazite and other resources.

The two countries plan to cooperate in biotech convergence and the internet of things, which have good growth potential, according to the ministry.

Seoul and Canberra are currently engaged in an ultra-high-definition imaging platform that can be used in the treatment of illnesses and research into plants and animals.

In the field of internet of things, work is underway to develop a highly sensitive sensor that can operate independent of a battery source. This research will be conducted by the University of New South Wales. 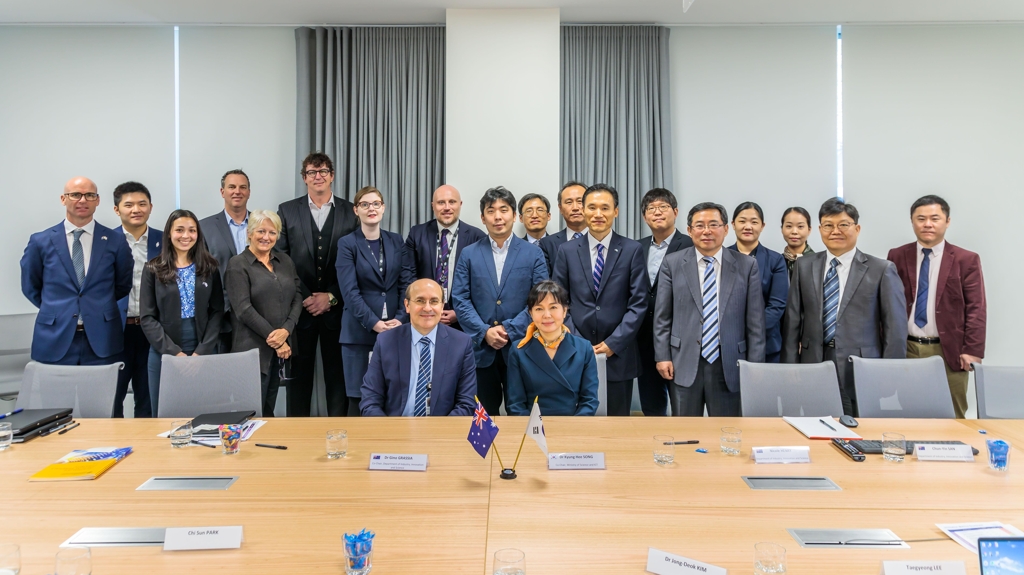