SEOUL, Sept. 30 (Yonhap) -- South Korea's national flag is expected to be put up at a stadium in Pyongyang during next month's World Cup qualifier between the two sides, Seoul's unification ministry said Monday.

North Korea is set to host the game on Oct. 15 as the two Koreas were placed in the same group for the second round of the 2022 FIFA World Cup qualification in what would be a rare sports exchange between the two sides.

"As the North has said that it will prepare the match in accordance with international practices, issues such as hoisting the national flag will be handled in line with such practices," ministry spokesperson Lee Sang-min told a regular press briefing.

South Korea is trying to discuss with the North about sending a cheering squad to Pyongyang for the game, but Lee said there is nothing to update regarding the North's response on the offer. 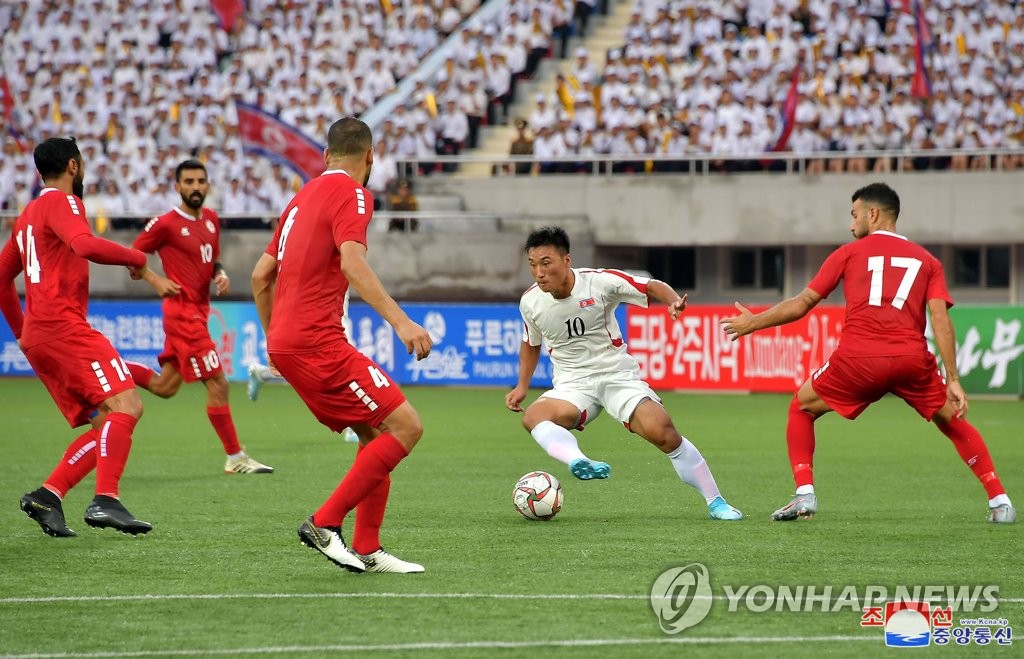