SEOUL, Sept. 30 (Yonhap) -- Nissan Motor Corp. said Monday it will continue its operations in South Korea amid trade tensions between the two Asian neighbors, despite headwinds like a boycott of Japanese products.

The Japanese carmaker's commitment to South Korea follows market rumors that it will pull out of the market here as its sales have been hit hard by the escalating trade tensions between Seoul and Tokyo.

"We make it clear that we will maintain our business operations in the 'strategically important' Korean market, though it is true that we badly need to reorganize our business portfolios here," Nissan Korea said in a statement. 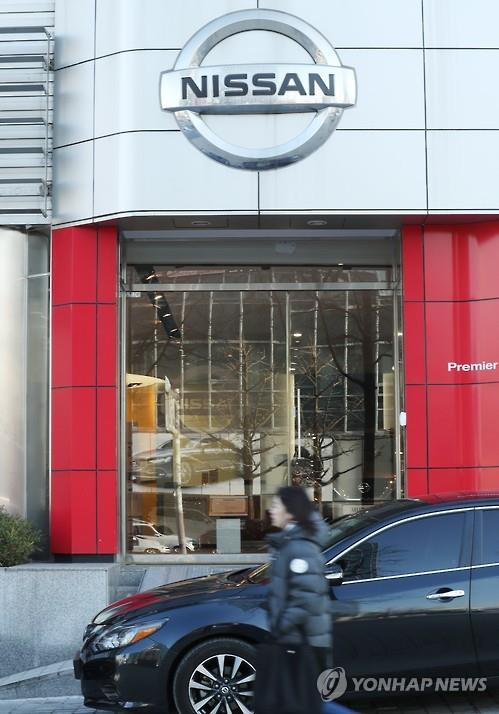 Nissan Korea's product sales and services will remain intact for South Korean customers after some readjustments to existing sales networks, it said.

In the January-August period, Nissan Korea sold 3,581 vehicles under the Nissan and Infiniti brands, down 27 percent from the 4,886 units it sold in the same period a year earlier, according to the Korea Automobile Importers and Distributors Association (KAIDA).

In August alone, Nissan car sales plunged 87 percent to 58 from 459 units a year earlier, while Infiniti car sales declined 68 percent to 57 from 178 over the cited period, KAIDA said.

South Korea and Japan have been engaged in a trade tussle for months sparked by Tokyo's abrupt curbs on exports of key industrial materials to its Asian neighbor. It sparked a nationwide campaign against travel to Japan and Japanese products.