DAEJEON, Sept. 30 (Yonhap) -- The late-season drama in South Korean baseball will continue for another day.

The SK Wyverns kept alive their fading hopes of finishing first in the Korea Baseball Organization (KBO) regular season on Monday, beating the Hanwha Eagles 6-2 on the road in Daejeon, 160 kilometers south of Seoul, in their season finale.

The Wyverns, the 2018 KBO champions, finished the season at 88-55-1 (wins-losses-ties). The winner of the regular season title will be determined on Tuesday, the last day of the season, when the Doosan Bears, who now trail the Wyverns by half a game, take on the NC Dinos.

A Wyverns' loss Monday would have made the Bears the regular season champions without even playing Monday. 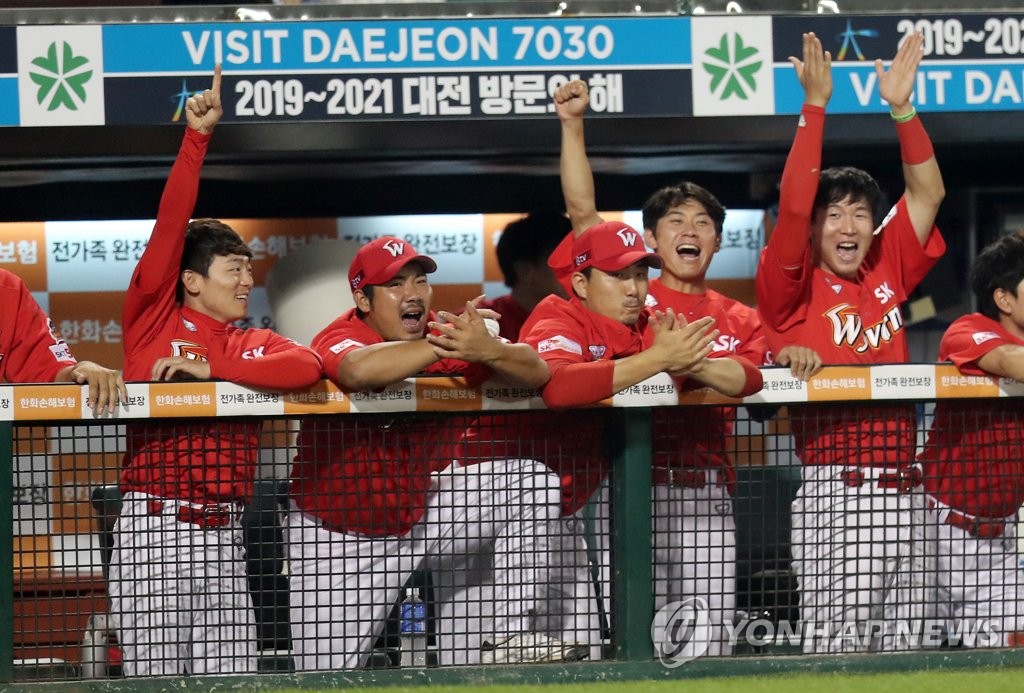 The Wyverns entered Monday tied for first place with the Bears at 87-55-1. Because the Bears hold the tiebreak edge after winning the season series over the Wyverns 9-7, all they need to do to secure first place is to end the year with the same record as the Wyverns.

The Wyverns, on the other hand, have to finish with a better record than the Bears to clinch the top spot.

The Wyverns took care of their own business with their win Monday, and it's all out of their hands now. The Bears control their own destiny. If they beat the NC Dinos in their final regular season game Tuesday, the Bears will take their second straight regular season crown.

After running the table in the 10-team league for most of the year, the Wyverns stumbled to the finish line. They were just 8-10 in September, a stretch that included their season-worst six-game losing streak. 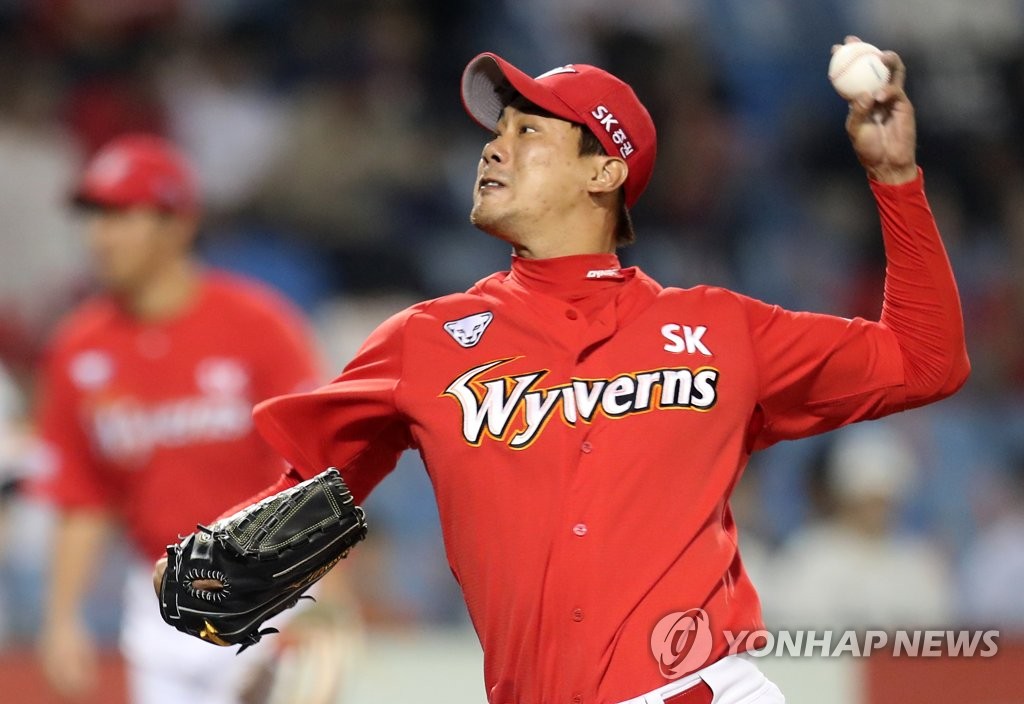 The Bears will try to set a KBO record for the largest comeback to take the regular season title. They were a season-high nine games behind the Wyverns in third place on Aug. 15.

The regular season champions in the KBO advance directly to the Korean Series, the South Korean equivalent of the World Series. Those teams typically get about three weeks off between the end of the regular season and the start of the championship round.

The Wyverns beat the Bears in last year's Korean Series. The Bears have played in each of the past four Korean Series, and they won it all in 2015 and 2016.

With their back against the wall, the Wyverns turned to their ace, Kim Kwang-hyun, who delivered seven innings of two-run ball. He gave up at least a hit in each of the first five innings but didn't walk anybody. He finished the year at 17-6.

At the plate, veteran outfielder Kim Kang-min launched a two-run home run in the second inning off Hanwha starter Chad Bell, who had been 6-0 with a 2.42 ERA in his past 10 starts.

The Wyverns put up a four-spot in that second frame, with Bae Young-seop coming through with a two-run single.

The Eagles got a run back in the third and again in the seventh, but the Wyverns put the game out of reach with two runs in the top of the ninth inning.

The Wyverns are in danger of becoming the first team not to secure a direct berth in the Korean Series after reaching the 80-win plateau first in a season. They won their 80th game on Aug. 30, while the Bears didn't get to that mark until Sept. 19. 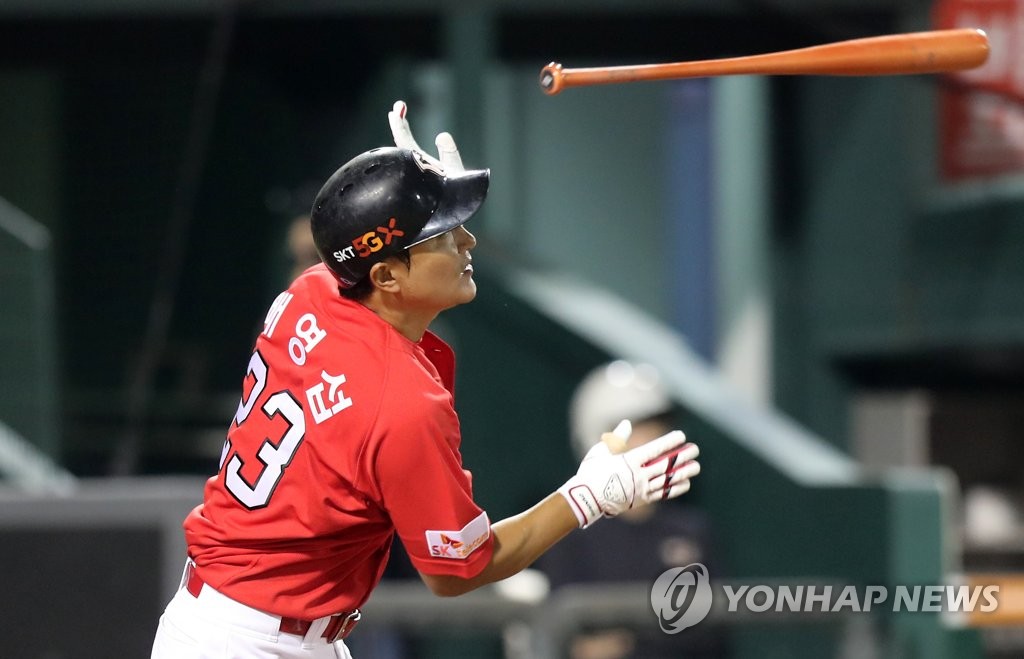