Undersecretary of Defense for Policy John Rood made the remark at a forum in Washington as conservative groups in South Korea have renewed calls for the country's own nuclear armament.

"We have no current plans to return nuclear weapons to the Korean Peninsula, those that were withdrawn a couple of decades ago, and that's not under discussion today," he told a forum at the Center for Strategic and International Studies. "I'm not advising that."

The U.S. introduced tactical nuclear weapons to South Korea in the late 1950s and then withdrew them in the early 1990s following a disarmament deal with the then Soviet Union, as well as the then South Korean government's efforts to promote reconciliation with the North. 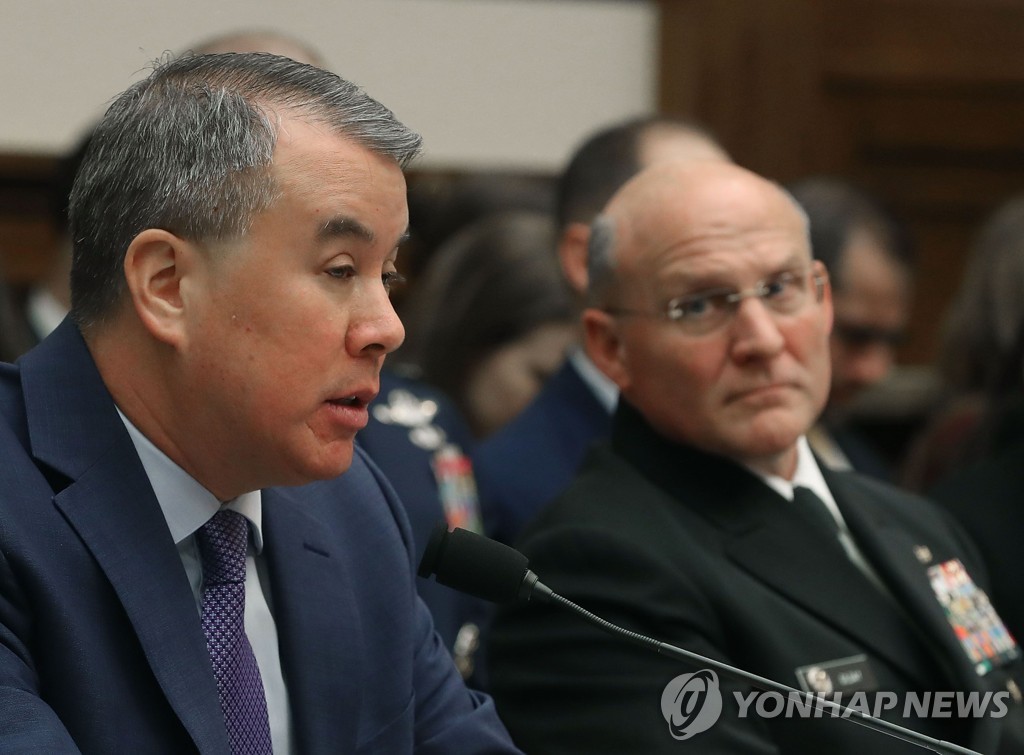 Speaking at the same forum earlier, former U.S. National Security Adviser John Bolton warned of the possibility that South Korea and Japan will push to obtain nuclear weapons if the North's nuclear arsenal is not removed.

Rood also denied any current plans to deploy intermediate-range missiles anywhere, amid speculation that South Korea could be a candidate site following Washington's withdrawal from a missile treaty with Russia last month.

"We don't have any specific plans at this time for deployments anywhere," he said. "We're still, as I say, exploring what different alternatives can be. These are weapons with military utility, and we're looking at where we could take advantage of that."

Meanwhile, the U.S. continues to encourage South Korea to renew its military intelligence-sharing pact with Japan, Rood said, referring to the General Security of Military Information Agreement that Seoul decided last month to withdraw from amid bilateral tensions over trade and wartime history.

"The United States, I would say, strongly believes that the integrity of our mutual defense and security ties must persist, despite frictions in other areas of the ROK-Japan relationship," he said, referring to South Korea by its official name, the Republic of Korea. "We call on both countries to participate in a meaningful dialogue to address their differences."

"The United States remains ready to take simultaneous and parallel actions on all commitments that Chairman Kim and President Trump have agreed to at the Singapore summit," he said, with the two sides expected to resume working-level denuclearization negotiations in the coming weeks.

Referring to North Korea by its official name, the Democratic People's Republic of Korea, he added, "This includes the complete, final and fully verified denuclearization of the Korean Peninsula, as agreed to by Chairman Kim in Singapore, as well as transforming the U.S.-DPRK relationship, establishing a lasting and viable peace on the Korean Peninsula and making progress on the recovery of U.S. service members' remains from the Korean War."

U.S. rules out redeployment of nukes to S. Korea

U.S. rules out redeployment of nukes to S. Korea