He was addressing the 71st Armed Forces Day ceremony held at an Air Force base in Daegu, 302 kilometers southeast of Seoul, a highly symbolic city in the country's politics and war history.

"Peace is something to make, not to keep," Moon said. "Our military's airtight security (measures) support dialogue and cooperation and enable (us) to take an audacious walk toward permanent peace." 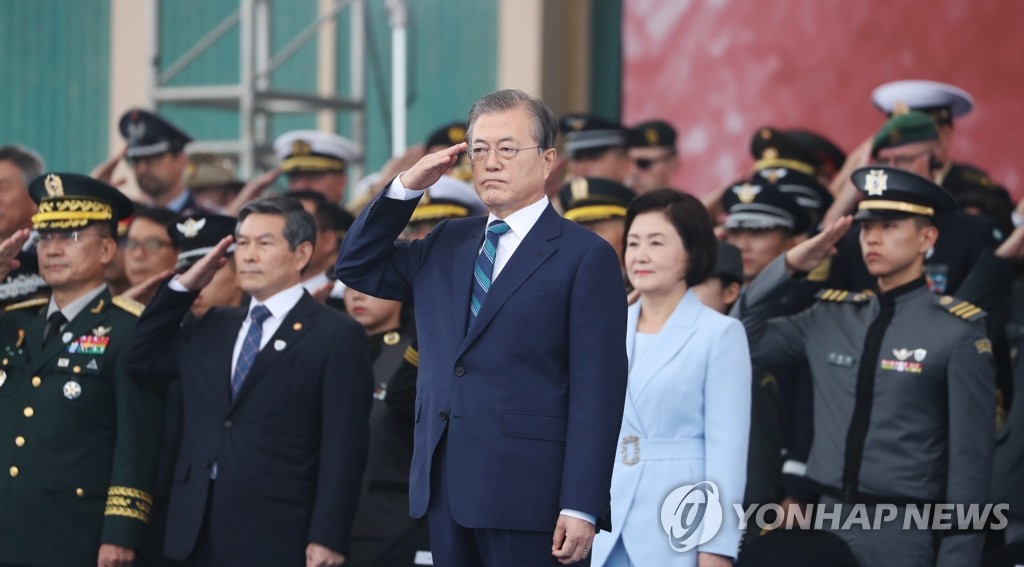 Thanks to the military's "courage and dedication," he added, guard posts have been withdrawn from the Demilitarized Zone (DMZ), which serves as the inter-Korean land border, and war remains have been excavated there.

The leaders of the two Koreas and the United States also had a gathering at Panmunjom, a token of a divided Korea, and the sitting American president even stepped over the Military Demarcation Line into the North, Moon said.

Based on his trust in the South's military, the president added, he declared zero tolerance against war and proposed transforming the DMZ into an international peace zone during his speech at the United Nations General Assembly last week.

Moon reaffirmed that his liberal administration is placing a top priority on completing the Defense Reform 2.0 project, partly in preparation for the transfer of wartime operational control of its troops from Washington.

He said the military will be equipped with a more accurate missile defense system, new submarines, a quasi-aircraft carrier and spy satellites.

The government plans to spend 16.7 trillion won (US$13.9 billion) in 2020 to improve combat power out of the proposed 50.2 trillion won in the defense budget. 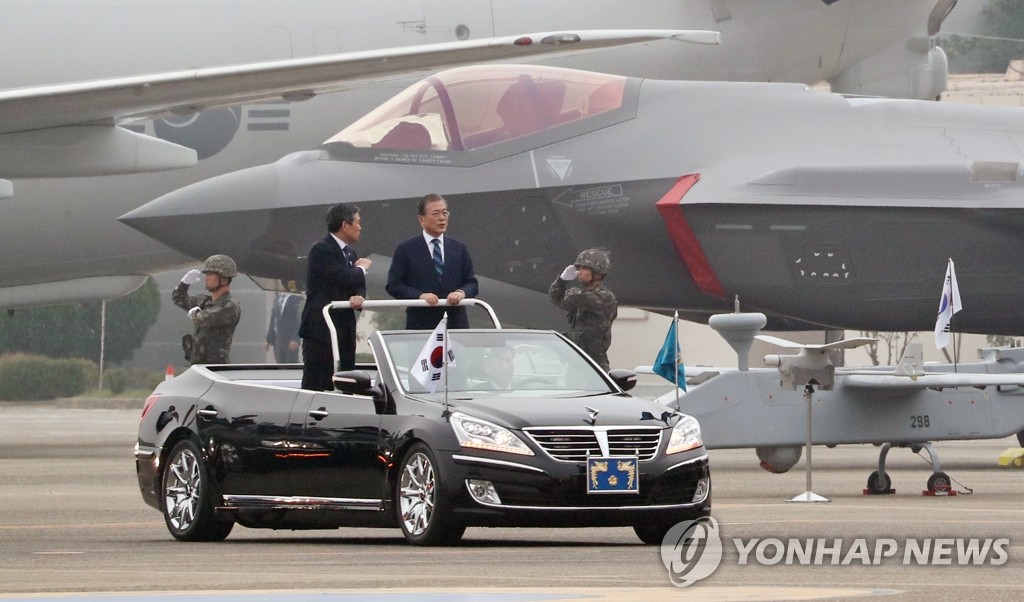 Shortly after arriving at the Daegu airport in a Surion, South Korea's indigenous multi-role chopper, Moon inspected some of the nation's core defense assets together with Defense Minister Jeong Kyeong-doo in an open-top car.

It was the first time that the government has held the annual event in Daegu.

Moon described it as a "strategically important place" for national security and a "city of patriotism."

In the early months of the 1950-53 Korean War, Daegu was one of the last defense lines for South Korea. Its victories in fierce battles there helped turn the tide of the war triggered by the North's surprise attack.

Moon highlighted the role and mission of the South's Air Force and the Daegu airport during the war.

He also commended Daegu's citizens, saying they have long put up with inconveniences from the presence of the military facilities.

"When the country is in trouble, Daegu citizens have always shown amazing patriotism," Moon said.