A set of three proposed bills governing the establishment of labor unions were given the green light at a Cabinet meeting presided over by Prime Minister Lee Nak-yon.

The bills -- legislation on general labor union rules and the creation and operation of unions for public servants and teachers -- will allow the unemployed and dismissed workers to join labor unions if they are passed at the National Assembly.

The government seeks to secure parliamentary approval for three core International Labor Organization (ILO) conventions, along with revisions to labor laws. A ratification motion for the ILO standards was passed at a Cabinet meeting last week. 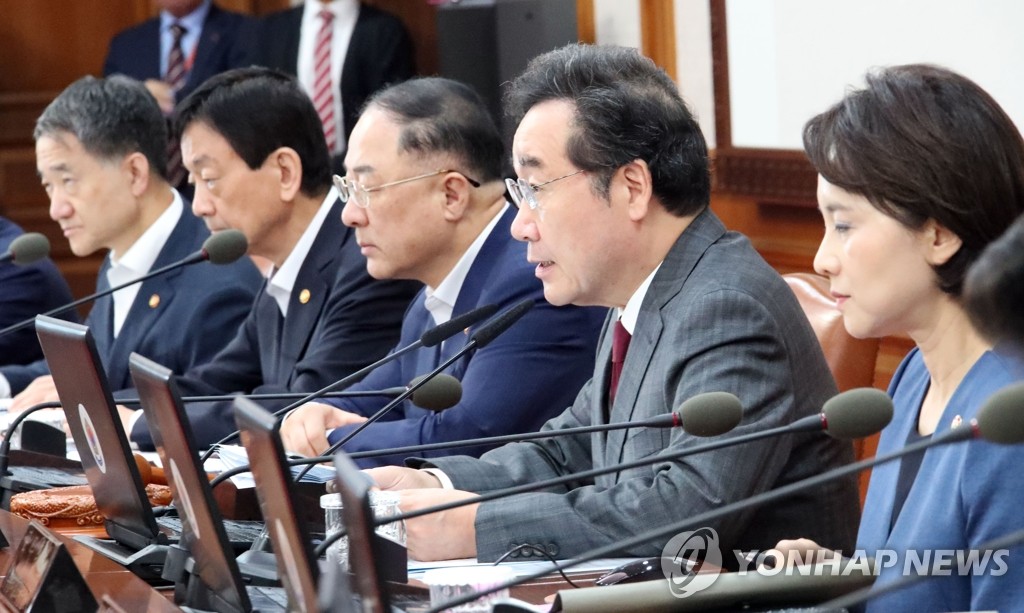 South Korea joined the ILO in 1991 but has not ratified four of the eight core conventions -- the No. 87 and No. 98 standards on freedom of association and the No. 29 and No. 105 provisions regarding forced labor. The government wants parliamentary approval of the No. 87, No. 98 and No. 29 conventions.

Under the government's proposed bills, those who are unemployed and have been dismissed from work will be able to sign up with labor unions.

The revision also calls for extending the validity period of collective bargaining to three years from the current two years. Even if unionized workers stage strikes, they will be barred from occupying part or the whole of facilities in the workplace.

The government plans to submit the ratification motion and revised bills to the National Assembly during the ongoing regular session.

But it remains uncertain how easy it will be for them to pass, as political parties are sharply divided on approving three more ILO provisions.

The labor and business sectors expressed their own complaints against the government's proposed bills.

The labor circle saw the proposals as inadequate in fulfilling standards of the ILO conventions.

"Labor rights are not the subject of bargaining," said the Korean Confederation of Trade Unions, a major umbrella labor group.

"The government's proposed bills should be immediately scrapped as they clearly violate principles banning infringement upon labor rights, which are stipulated in the ILO charter and conventions," it added.

The business sector claimed the government's bills were drawn up in a way that will be to the labor circle's advantage.

Local firms say it is too early for South Korea to ratify additional ILO conventions, given the current tense relations between labor and business.

Seoul is under pressure from the European Union (EU) to ratify the key labor provisions as agreed in their 2011 free trade agreement (FTA).

In July, the EU called for a panel of experts to be convened to review South Korea's compliance with the FTA amid concerns that the European economic bloc may take retaliatory measures against the country, citing tepid progress by Seoul toward approving the ILO conventions.

South Korea and the EU are in the final stage of talks over the creation of the panel, according to the labor ministry.