SEOUL, Oct. 1 (Yonhap) -- South Korea has room for further rate cuts, a top OECD official has said, as Asia's fourth-largest economy is struggling to cope with slowing exports and weak domestic demand amid trade friction between the United States and China.

The Bank of Korea kept its key interest rate unchanged at 1.5 percent in its August meeting, about a month after it slashed the key rate by a quarter percentage point in its first rate cut in three years.

The South Korean central bank is set to decide on Oct. 16 whether to cut the key interest rate.

The central bank has been under growing pressure to further trim the policy rate given increased downside risks and record low inflation, a perfect combination for monetary easing, though there could be some unwanted outcomes, such as ballooning household debts.

"In the case of Korea, there is still some space to cut rates and also having this space means that you have some flexibility," OECD Deputy Secretary-General Masamichi Kono said in a recent interview with Yonhap News Agency in Seoul.

"It's a very good thing because in many other countries -- Europe, America and Japan -- there is a very little room for adjustment. But in Korea, you still have that."

Kono said South Korea needs to have an accommodative monetary policy and use some fiscal space to increase spending to support the economy and structural reform. 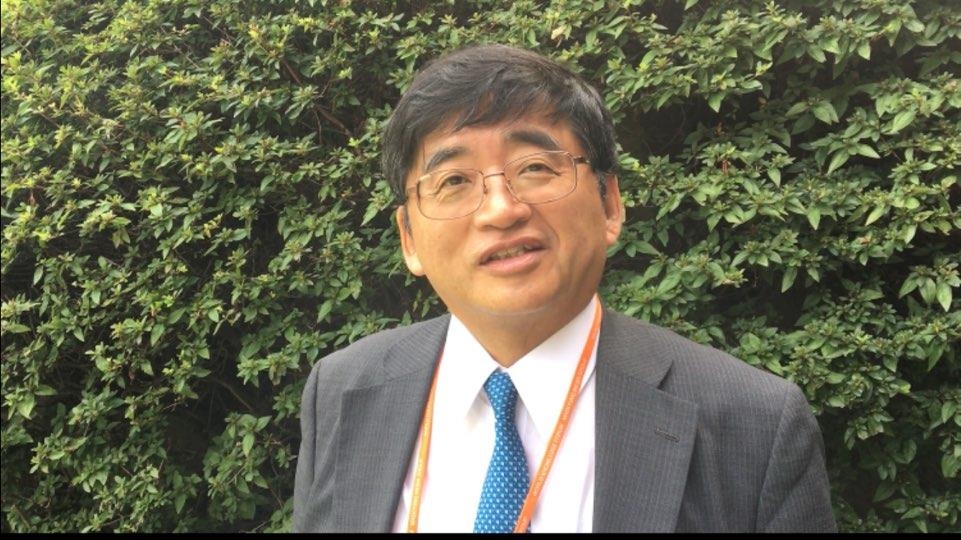 His comments came days after the Organization for Economic Cooperation and Development (OECD) slashed its growth outlook for South Korea's economy this year to 2.1 percent from its previous forecast of 2.4 percent in May.

Growth in South Korea has slowed by more than expected this year, in part due to persistently weak global trade and soft import demand in China, the OECD said in its report.

The expansionary budget -- which needs parliamentary approval -- represents a 9.3 percent hike from 2019 and marks the second straight year that the budget proposal has risen by more than 9 percent.

Kono said a slowdown in trade is a concern for South Korea as about 40 percent of exports goes to the United States and China -- South Korea's top two trading partners.

"If the U.S. and China do not reach an agreement on the trade tensions and trade issues, this might be really a concern for the Korean economy," Kono said.

South Korea's exports fell 11.7 percent on-year to US$44.7 billion in September, extending their on-year decline to a 10th consecutive month due to weak prices of semiconductors and the yearlong trade row between the U.S. and China.

By country, the country's exports to China, its biggest trading partner, fell 21.8 percent on-year, and those to the U.S. fell 2.2 percent over the cited period. The world's two largest economies are also South Korea's top two trading partners.

He said the South Korean economy is at a certain point in which Seoul needs structural change, noting South Korea has developed into an advanced economy very fast during its catch-up phase.

"But with the declining exports or at least the lower growth globally, you may need to adjust your economic model to a more domestic demand driven (model) to make your economy more sustainable in the longer term and cope with the demographic changes," Kono said.

"What we really need to do now and urgently to make sure our pension systems, our social security systems, can cope with this demographic change ... we do need to transform our societies so that we have our economies adaptive to changes to demographics, longevity, fewer children and lower fertility, that is," Kono said. "All these are issues that are common to many other countries."

Kono said he is in favor of hiking the minimum wage for sustainable growth.

"If you want your growth to be sustainable and long lasting, you do need to raise the average wages. Otherwise, your economy will not have enough domestic spending power," he said.

South Korea raised its minimum wage 16.4 percent in 2018 and 10.9 percent this year, a sharp hike that some critics say has increased the burdens on businesses, especially microbusiness owners and the self-employed.

Kono said he cannot comment on how much increase is appropriate, but he thinks South Korea had a good reason to raise the minimum wage.

On a trade row between South Korea and Japan, Kono said the OECD just calls on its members to be supportive of a multilateral trading system but said it is a political issue that has to be resolved between Seoul and Tokyo.

Last month, South Korea filed a complaint with the World Trade Organization on Japan's curbs on exports of three key industrial materials that are critical for the production of semiconductors and flexible displays.

Japan agreed to start consultations with South Korea. The two neighbors are expected to hold their first consultations over the issue in October, according to the Ministry of Trade, Industry and Energy.