SEOUL, Oct. 1 (Yonhap) -- South Korea said Tuesday it will expand the scope of tightened mortgage loan criteria to home sellers and the owners of expensive homes to stabilize housing markets in Seoul, citing "signs of abnormal overheating" in home prices in Seoul's posh Gangnam and three other districts.

Also, the government will tighten mortgage rules for owners of a high-price home if they seek to take out loans from banks to finance their home lease fees, called "jeonse" here, Kim said.

Jeonse is a home lease system unique to South Korea, where tenants pay a large sum of money as a deposit instead of paying monthly fees. Landlords profit off of the large deposits before returning the entire amount when the rental contract expires. 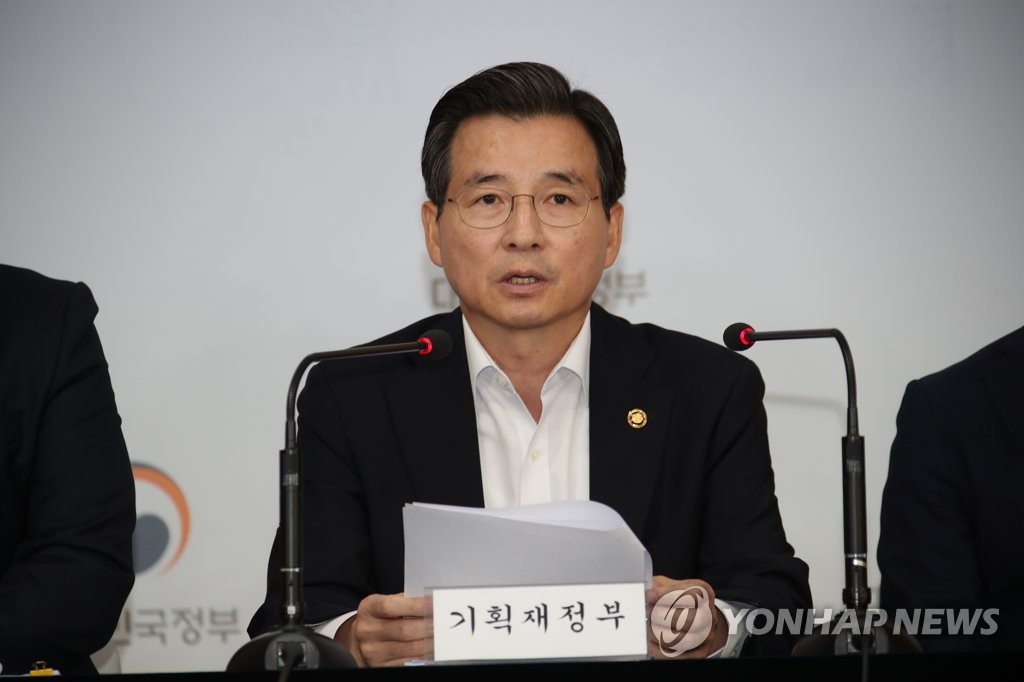 The government will also complete drawing up an ordinance to cap presale prices of privately built apartments by the end of this month.

If redevelopment projects of aging apartments post a notice seeking buyers of the new homes by April next year, such projects will be exempted from the planned presale price cap, Kim said.

The presale price cap is widely viewed as the strongest measure ever taken by the government to clamp down on housing prices.

Last month, Land Minister Kim Hyun-mee said it was the right time to reintroduce the price ceiling regulation on newly launched private flats, citing that presale prices of apartments in Seoul had jumped to more than twice as much as those of existing apartments.

In the past year through June, presale prices of apartments built by private builders in Seoul jumped 21 percent, but existing flat prices didn't rose only 5.7 percent, according to the ministry data.

In Korea, new apartments are usually sold before the construction has been completed. The price ceiling under review is set based on the actual price paid by contractors for land purchases, basic construction costs and other necessary expenses.

The scheme was first introduced in 2007 to curb soaring home prices under the Roh Moo-hyun administration but scrapped in 2015 under the Park Geun-hye government to boost the economy.

In recent years, housing prices have been soaring, forcing policymakers to roll out a series of measures, including tightened home-backed loan regulations and hefty taxation, to cool down home prices.

But due to a supply shortage in Seoul and adjacent areas and low borrowing costs, demand for new apartments has remained high, prodding builders to scramble to demolish aged apartments on hopes for hefty gains after rebuilding.
(END)