The new EP, "Dear My Dear," follows his first solo EP, "April, and a flower" released in April.

"Shall We?" targets the autumn music scene, which captures the sentiment of a man having to bid goodnight to his lover through Chen's trendy vocal quality.

Including the lead track, the new album carries "My Dear," whose lyrics were written by Chen, "Amaranth", "Hold You Tight," "You Never Know" and "Good Night."

With his previous, first solo album, Chen topped local music streaming charts and iTunes album charts in 33 countries and regions around the world. 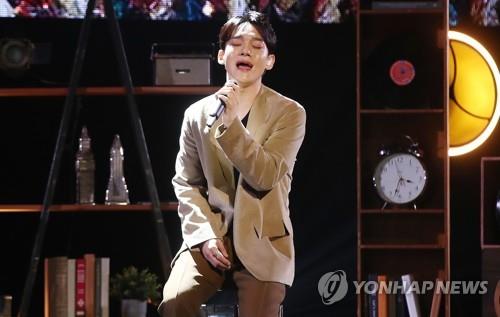 "While (I) have been flashy with EXO, I wanted to be unembellished with this latest (album)," Chen said in a press showcase of the second solo EP.

"My music taste is not exactly retro," Chen said, adding that he eagerly took advice from other people to adopt the trendy genre for his second EP.

Chen also characterized the new album as "a package of letters" that he prepared in response to the love and support from his fans.