SEOUL, Oct. 1 (Yonhap) -- Vladimir Shklyarov of Mariinsky Ballet, has been one of the most sought-after ballerinos in the world since he was promoted to the rank of principal dancer at the Russian company in 2011.

His repertoire involves most classical ballet pieces, like "Swan Lake," "Giselle" and "The Nutcracker," thanks to his expressive emotions, stable technique and attractive appearance.

This fall, he chose Universal Ballet's "The Love of Chunhyang," the ballet adaptation of the Korean classic love story "Chunhyangjeon," in Seoul. 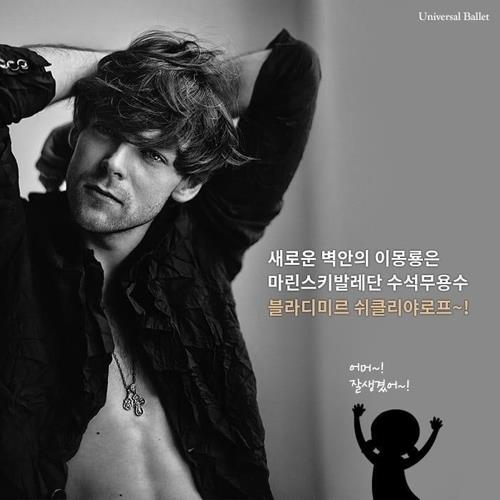 "The story of Chunhyang is so unique that I can't find any similar love stories in the world," Shklyarov said in an interview with multiple media outlets, including Yonhap News Agency, on Tuesday.

"When I first saw this show I hoped that I could perform this."

The ballet tells the story of the romance between Chunhyang and Mongryong, who fall in love at first sight and pledge their troth. But they are separated as Mongryong leaves town for a national examination.

It is one of the most well-known classical love stories in Korea, as the tale has been remade into various forms, like films, dramas and plays.

In 2014, art director Brian Yoo of Universal Ballet rearranged "The Love of Chunhyang," which was first shown in 2007, with music from Pyotr Tchaikovsky, a Russia-born composer.

The dance duet of the two characters' wedding night is the highlight of the show, decorated with stage settings and costumes with touches of Korean traditional lines and colors. 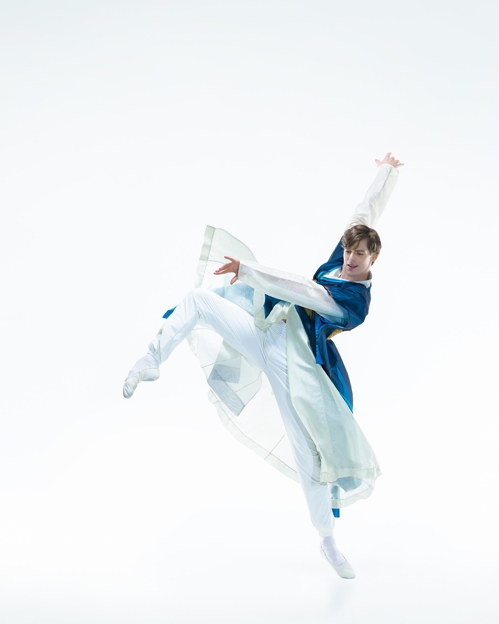 For the Mariinsky star, "The Love of Chunhyang" is his first participation in the full-length South Korean-made ballet piece.

He first saw the dance duet of "The Love of Chunhyang" at a gala concert last year in South Korea where he performed a part from "Romeo & Juliet."

"This piece is so Korean and has a lot of Korean emotion and sentiment," said Shklyarov. "But it is a well-made ballet performance, and a drama ballet with Tchaikovsky music."

The Russian ballet dancer said he read the Russian version of "Chunhyangjeon" to understand the story and character after he accepted the offer from Universal Ballet.

"I know I'm very different from the typical image of Mongyrong that Koreans have," he said. "I don't think there is a limit in art. It is important for a dancer to show my best on the stage.

He said he is looking forward to meeting South Korean ballet fans with his first Korean love story work.

"During my stay here, I love everything in Korea, from Korean culture and emotion to food, and even buildings here," the 34-year old dancer said. "'The Love of Chunhyang' is special for me and very different from my previous works. I hope I am not the one who hurts the quality of this work."

Universal Ballet's "The Love of Chunhyang" starring Shklyarov is set to run at the Seoul Arts Center, southern Seoul, from Friday to Sunday. 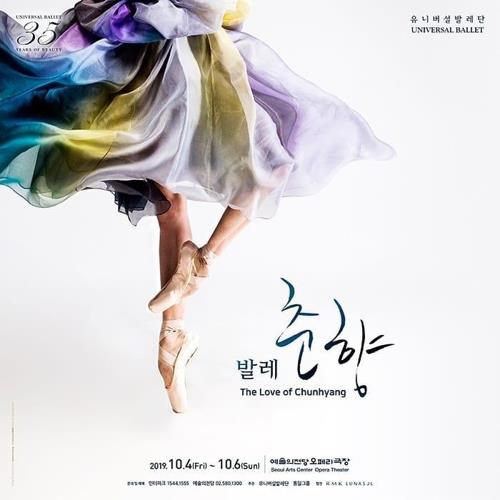