SEOUL, Oct. 3 (Yonhap) -- South Korea confirmed two more cases of the African swine fever (ASF) on Thursday to raise the total number of cases to 13 in less than three weeks, and found traces of the deadly animal virus in a dead wild boar in the Demilitarized Zone (DMZ).

Paju is where the country's first ASF case was confirmed on Sept. 17. South Korea confirmed two ASF cases in the area on Wednesday as well.

All confirmed cases have been reported in areas near the border with North Korea. Suspected cases from south of Seoul have all tested negative.

While South Korea has been struggling to find what brought the virus into the country, the environment ministry on Thursday announced it had found traces of the animal virus from a dead wild boar found in the DMZ near Yeoncheon. A previous ASF case was confirmed in a different area of Yeoncheon on Sept. 18.

The disease is usually spread via contaminated feed, especially leftovers, or by direct contact with people or wild animals with the virus.

Despite the discovery of the virus, however, the environment ministry said it is unlikely that wild boars of the DMZ passed through the barbed-wire fence along the southern limit line.

It marked the first time for the virus to be discovered in wild boars since the environment ministry carried out the investigation in August last year, when the disease broke out in China. So far, more than 1,100 wild boars have been tested. 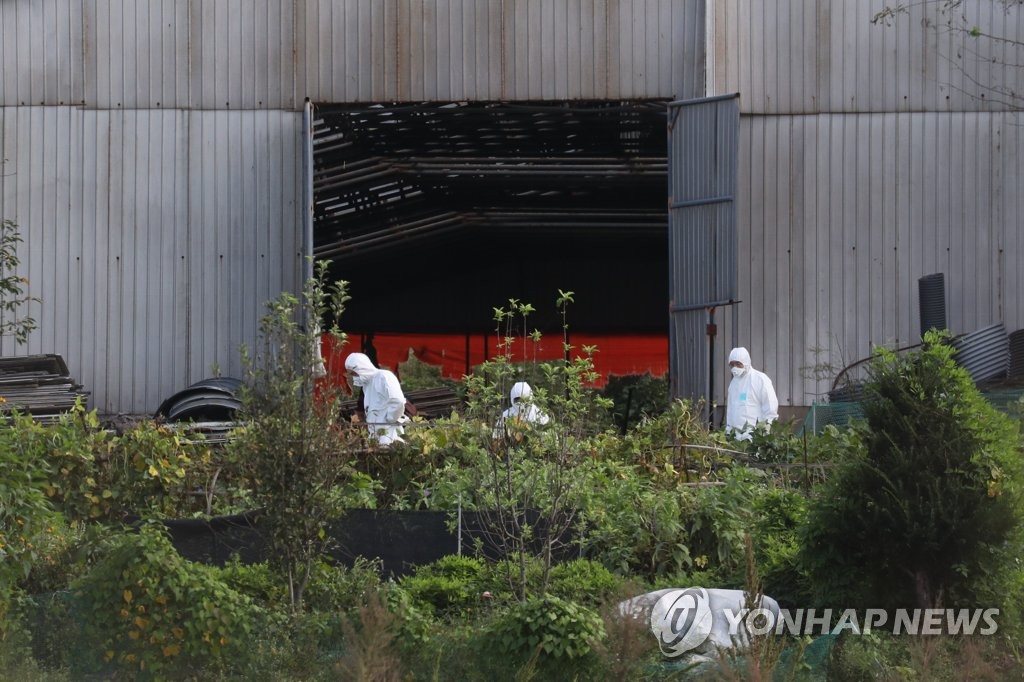 With four new ASF cases being confirmed in just two days, quarantine officials are currently struggling to contain the further spread of the disease to other areas.

South Korea is speeding up disinfection operations as Typhoon Mitag may have cleaned away disinfectants already spread on the ground near pig farms and related facilities.

Quarantine officials are also on high alert as one of the farms confirmed to be affected with ASF on Wednesday had only 18 pigs and was not on their watchlist, causing concern that some pig farms are not tightly controlled.

The number of confirmed cases may rise further as the incubation period of ASF lasts up to 19 days as well.

South Korea's agricultural ministry earlier announced a 48-hour lockdown on all farms of Gyeonggi and Gangwon provinces, along with Incheon, effective as of 3:30 a.m. on Wednesday.

The total number of pigs slaughtered or to be culled is set to well exceed 115,000 following the latest outbreaks -- roughly 1 percent of all pigs being raised in the country. More than half of the pigs in Paju have been culled.

As of Thursday morning, a total of 100,000 pigs were slaughtered. 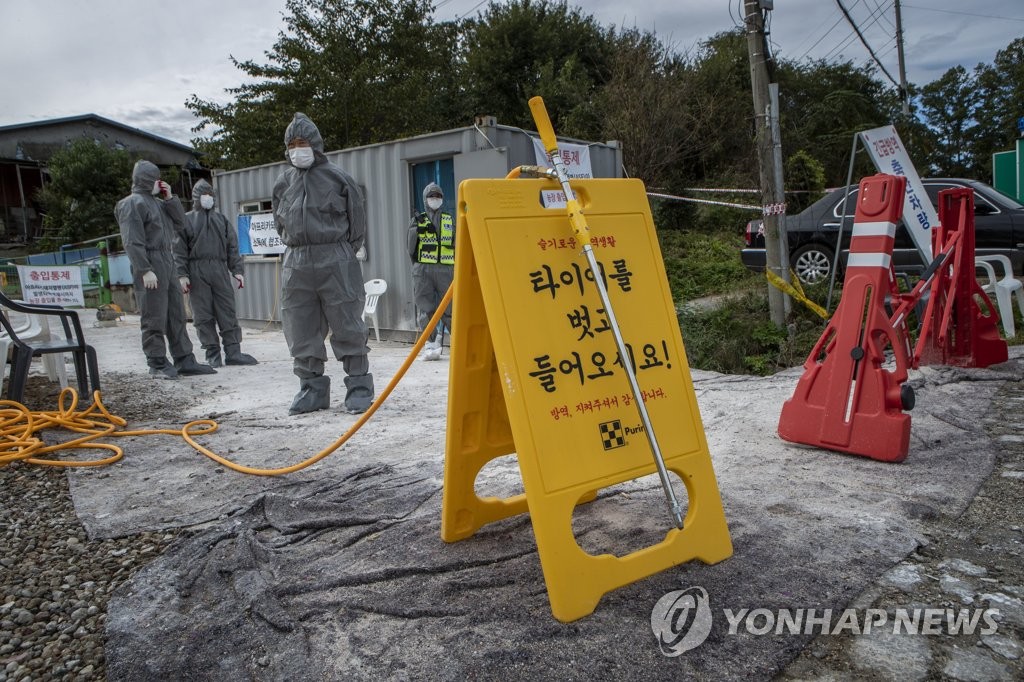