WASHINGTON, Oct. 1 (Yonhap) -- The success of this weekend's working-level talks between the United States and North Korea will depend on flexibility in the scope of Pyongyang's denuclearization and political and economic concessions from Washington, experts here said Tuesday.

The meeting on Saturday will revive negotiations that have stalled since February's second summit between U.S. President Donald Trump and North Korean leader Kim Jong-un.

The bigger question is whether the two sides will be able to bridge their gap on how much the North needs to denuclearize before receiving sanctions relief and security guarantees from the U.S. 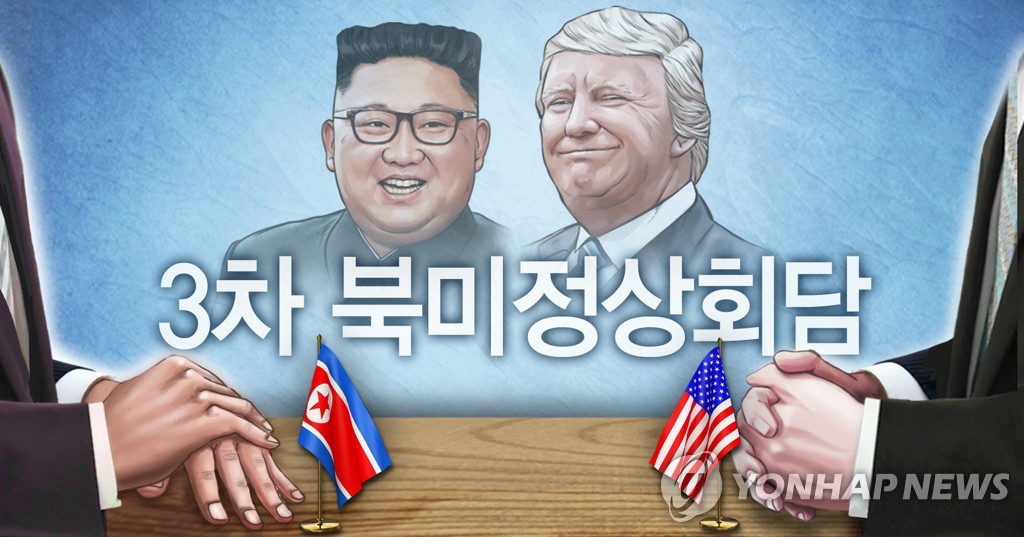 "If both sides are willing to demonstrate some flexibility in their positions, I think it is not impossible that the two sides could reach some sort of interim agreement or 'small deal' before the end of the year," Frank Aum, a senior expert on North Korea at the U.S. Institute of Peace, told Yonhap News Agency. "A lot of issues were already negotiated (at the second summit) in Hanoi, so they only need to come to some sort of resolution on some sticky denuclearization and sanctions relief matters."

In Hanoi, North Korea offered to dismantle its main nuclear complex in Yongbyon in exchange for the removal of a large portion of United Nations sanctions on the regime.

After the U.S. rejected that offer, arguing that it needed to see more sweeping denuclearization steps, the North tested a series of short-range ballistic missiles in the summer in what some analysts saw as an attempt to increase its leverage in future talks.

September appeared to create an opening in the tensions after Trump fired his hawkish national security adviser, John Bolton, and suggested an unspecified "new method" for the negotiations.

"Both America and North Korea have perhaps one last chance through these new working-level talks to find a compromise that works for both sides," said Harry Kazianis, senior director of Korean studies at the Center for the National Interest.

"The challenges that could result if these talks fail should not be understated," he added, saying he fears that North Korea could once again test long-range missiles or nuclear weapons as it did in 2017, and push the U.S. to apply more sanctions and pressure to the point of another crisis.

For the North, demonstrating its seriousness about the negotiations could start with agreeing to dismantle all Yongbyon facilities under international monitoring and verification, according to Robert Manning, senior fellow at the Atlantic Council think tank.

The U.S. could also demonstrate its seriousness by lifting some sanctions, with indications of what next steps could end all U.N. sanctions, and offering to begin four-party talks with China and South Korea on a peace treaty to formally end the 1950-53 Korean War, he added.

If the working-level talks produce results, Trump has said he will be open to another meeting with Kim, possibly before the end of the year. The North Korean leader has also expressed a willingness to hold a third summit, but called on the U.S. to make a "courageous" decision before the year-end.

Since June 2018 the two leaders have had two summits, in Singapore and Vietnam, and one impromptu meeting at the inter-Korean border.