SEOUL, Oct. 2 (Yonhap) -- After years of seeing video game offensive numbers in South Korean baseball, fans finally got to see some semblance of pitching in 2019.

But as the number of home runs fell in the Korea Baseball Organization (KBO), so did attendance.

The KBO regular season wrapped up Tuesday in a nail-biting finish, as the Doosan Bears walked off the NC Dinos 6-5 to secure the top seed for the playoffs. The Bears finished with the same record as the SK Wyverns at 88-55-1 (wins-losses-ties) but took the top spot by virtue of winning the season series, 9-7.

Despite some unexpected late-season drama -- the Wyverns had threatened to run away with the regular season title until their September swoon -- teams still struggled to pack their ballparks. 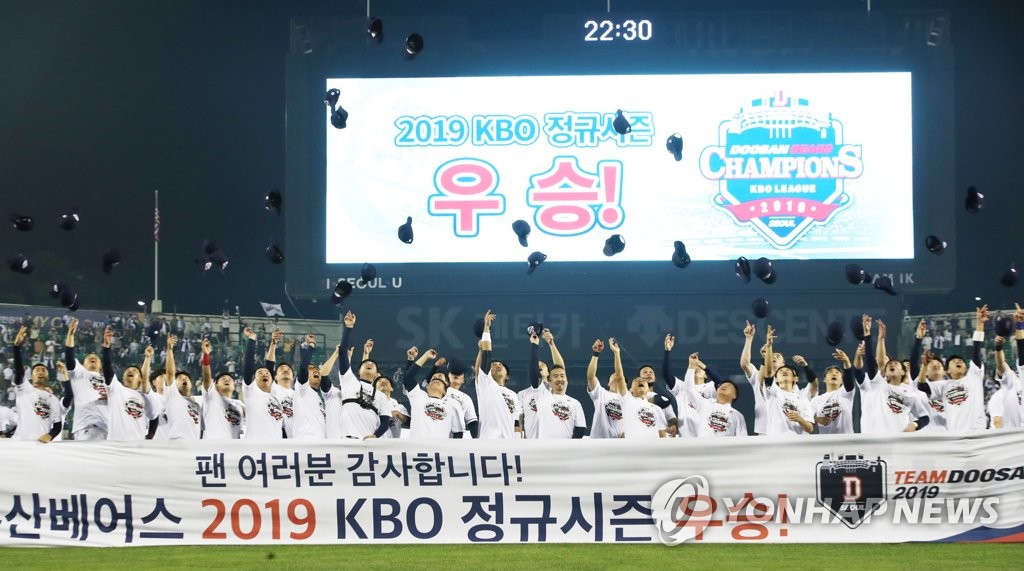 The 10-team league saw just under 7.3 million fans, down from nearly 8.1 million a year ago. The KBO had drawn at least 8 million in each of the past three seasons, and the target for 2019 was to surpass that mark once again.

The topic of the new, larger ball with less bounce off the bat, adopted to help curb offensive explosion and achieve more balance between hitting and pitching, dominated conversation even during spring training. Hitters fretted about flyballs that once left the yard getting caught at the warning track, while pitchers welcomed the change.

Only one player, Park Byung-ho of the Kiwoom Heroes, finished with more than 30 home runs. He won the home run title with 33. Last year, there were 11 hitters who had more than 30, including a record five 40-homer sluggers.

On the other side of the ledger, seven pitchers finished with an ERA of below 3.00, compared to just one last year. Yang Hyeon-jong of the Kia Tigers won the ERA crown at 2.29, and Josh Lindblom of the Bears finishing second at 2.50, after staying below 2.00 in the first half. 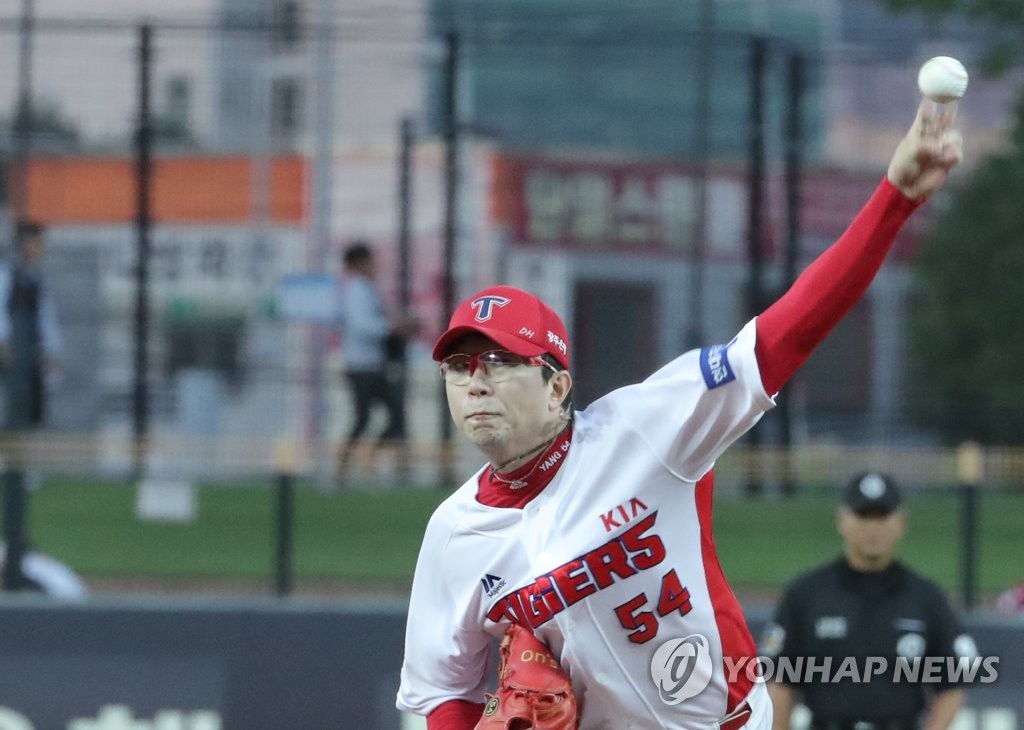 The sudden drop in offense may explain the sluggish attendance numbers. The league office has also pointed to poor seasons by clubs whose fans have traditionally traveled well but have mostly stayed home this year.

Two such teams occupied the last two spots in the standings. The Hanwha Eagles ended their 11-year postseason drought last year but were left on the outside looking in again this year in ninth place (58-86-0). The Lotte Giants (48-93-3) finished dead last and drew only about 680,000 fans at home, the lowest at their 25,000-seat Sajik Stadium in 13 years.

Yang and Lindblom saw their battle for the ERA title go down the wire, before the South Korean left-hander edged out the American right-hander with a brilliant second-half turnaround.

There wasn't much of a race early on, with Lindblom entering August with a 2.00 ERA. Yang, who had an 8.01 ERA after his first five starts, still sat at 2.92 through July. 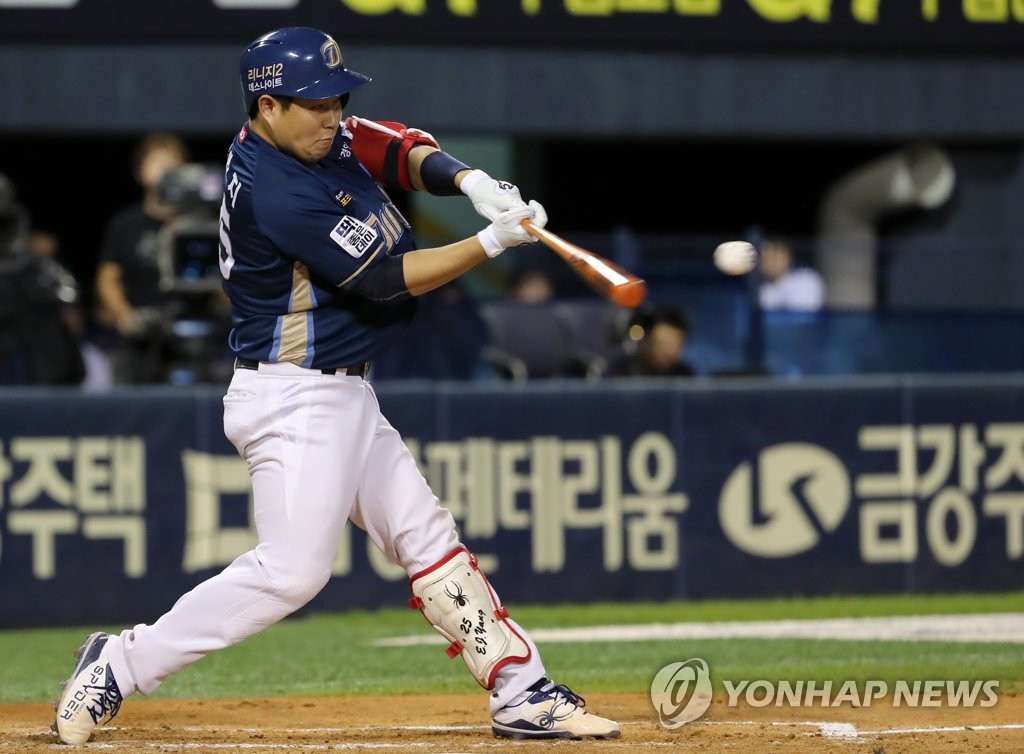 Yang then held opponents to just two earned runs in 35 1/3 innings in August and finished at 2.29. Lindblom was roughed up for 14 earned runs in 24 2/3 innings in September, the most he's given up in any single month this year, and failed to defend his ERA title.

On offense, NC Dinos catcher Yang Eui-ji was one of the brightest stars.

In his first season with the Dinos after signing on as a free agent, Yang led the KBO in batting average (.354), on-base percentage (.438) and slugging percentage (.574). Thanks to Yang's heroics at the plate and his typical excellence behind the dish, the Dinos returned to the postseason as a wild card team after finishing in last place in 2018.

The Heroes produced a few offensive stars of their own. Park, one of the KBO's most feared sluggers, caught fire in the second half and enjoyed his sixth consecutive 30-homer season. His running mate in the heart of the order, Jerry Sands, led the league in RBIs with 113, and Kiwoom teammate Kim Ha-seong finished second with 104.

Kim, a slugging shortstop, beat out Sands for the league lead in runs scored, 112 to 100. 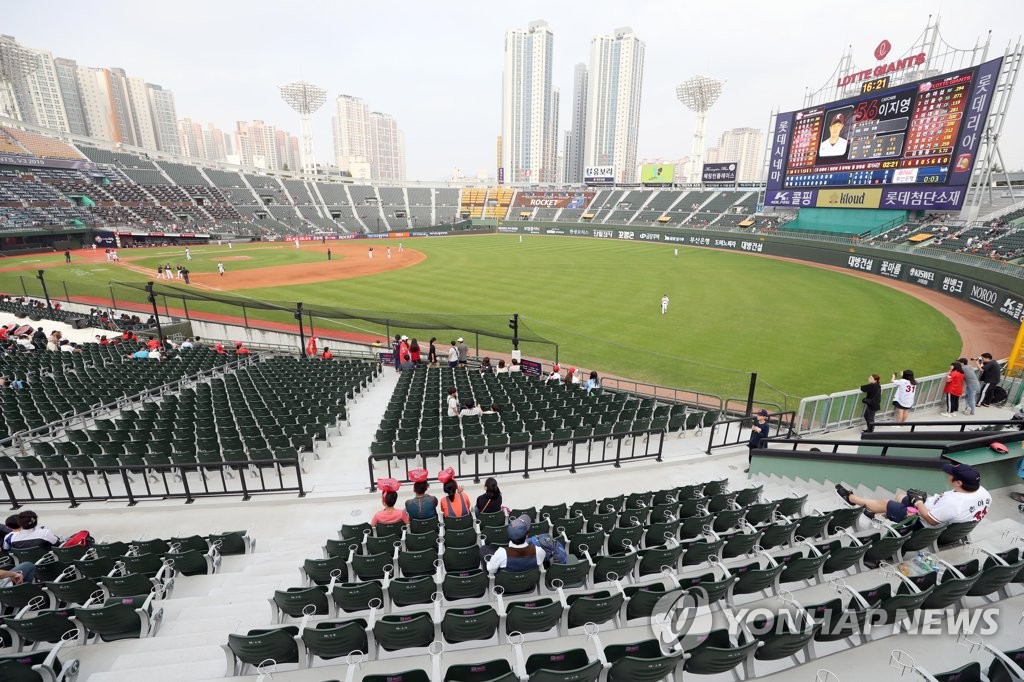