SEOUL, Oct. 2 (Yonhap) -- The 2019 postseason in South Korean baseball will begin this week with a wild-card game between one of the league's top pitching staffs and its best slugging club.

As the higher seed, the Twins will have two cracks at trying to win or tie one game to advance to the next stage. If the Twins claim Thursday's game or end up in a tie after 15 innings, then they'll move on.

But if the Dinos win Thursday, it will force another wild-card game for Saturday, back at Jamsil. The Dinos will have to win that game as well, but the Twins can reach the next round with a tie. 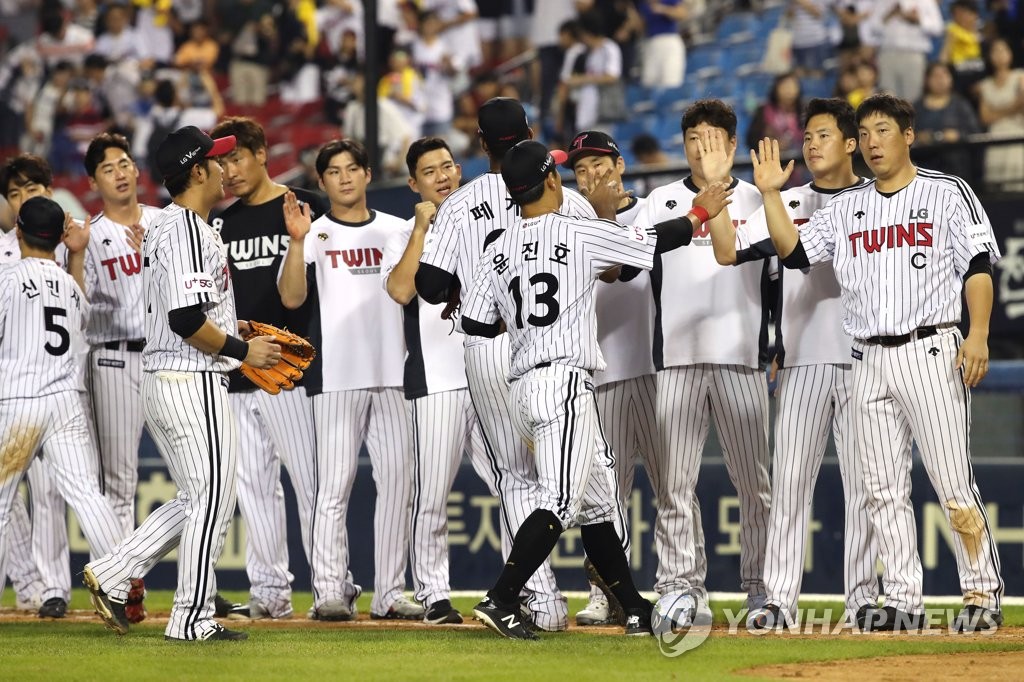 This is the third postseason meeting between the two clubs. In 2014, the Twins knocked off the Dinos in the best-of-five first round. Two years later, they met in the second round, and the Dinos eliminated the Twins in four games

They split their season series this year at 8-8.

Led by closer Go Woo-suk, who had a career-best 35 saves, the Twins were 64-1-1 when leading after seven innings, the highest winning percentage in the KBO in that situation.

Kelly will get the nod on Thursday for the Twins, and Friedrich will start for the Dinos.

Friedrich faced the Twins once at Jamsil on Aug. 23 and took the loss after giving up four earned runs in six innings. He has yet to pitch in a day game in the KBO. 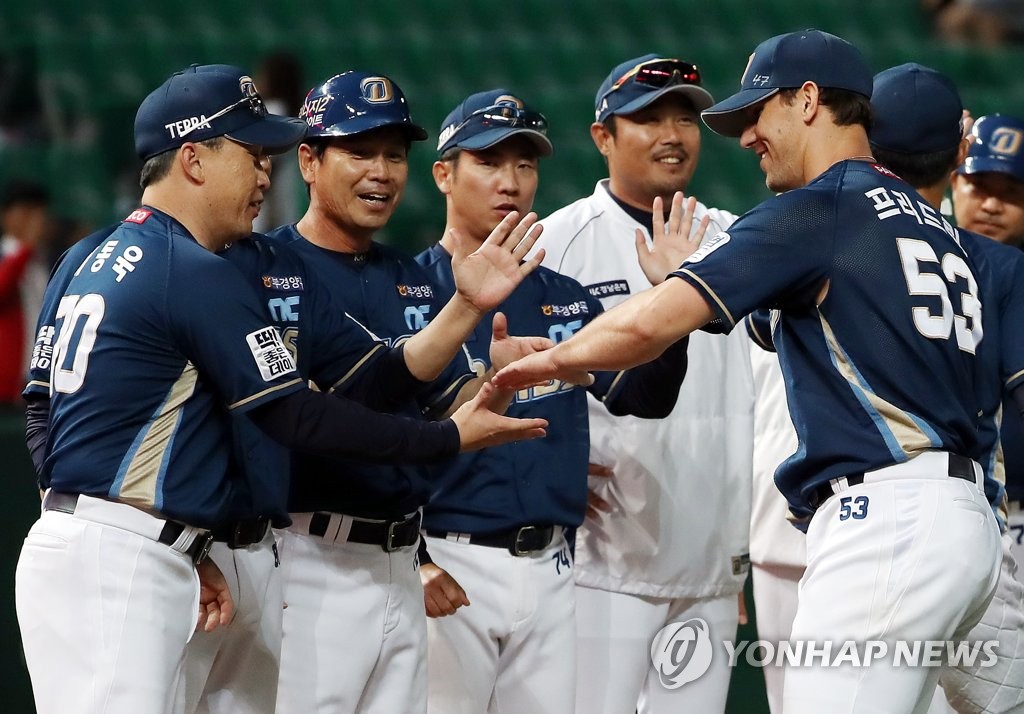 The Twins will need their captain Kim Hyun-soo to bounce back from a September he'd rather forget. The former outfielder with the Baltimore Orioles and the Philadelphia Phillies batted .304 with 82 RBIs this year, his fifth straight season of hitting at least .300, but he went only 10-for-63 (.159) at the plate in September with only five RBIs.