SEOUL, Oct. 2 (Yonhap) -- South Korea announced its final roster for an upcoming Olympic baseball qualifying tournament on Wednesday, with some of the top players in the domestic league headlining the list.

Kim Kyung-moon, manager of the national team, unveiled his 28-man roster for the 2019 World Baseball Softball Confederation (WBSC) Premier12. There were 13 pitchers, two catchers, seven infielders and six outfielders on the list, all plying their trade in the Korea Baseball Organization (KBO). 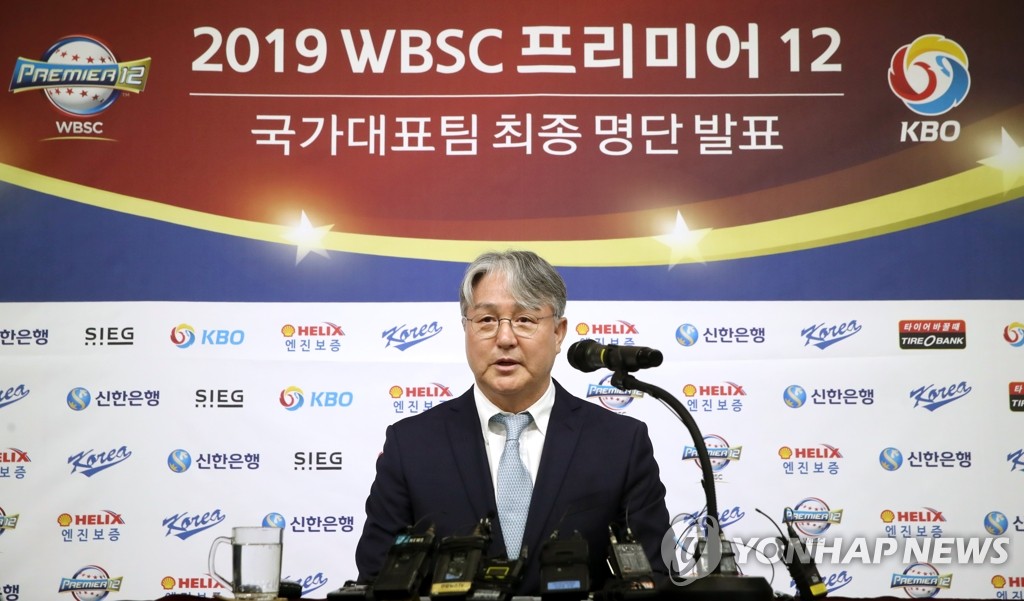 With players on the 40-man roster in Major League Baseball (MLB) not eligible for the Premier12, none of South Korea's current three big leaguers -- Ryu Hyun-jin of the Los Angeles Dodgers, Choo Shin-soo of the Texas Rangers and Choi Ji-man of the Tampa Bay Rays -- made the team.

South Korea will host Group C games for the Premier12, which will double as the first qualifying tournament for the 2020 Tokyo Olympics, from Nov. 6-8. 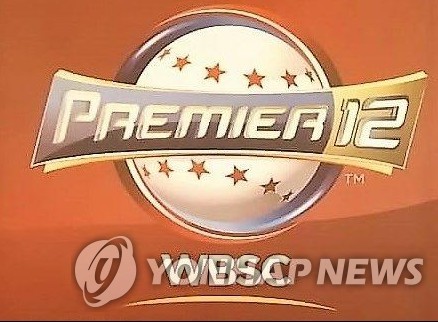 South Korea is the defending Olympic champion. Baseball was last contested in Beijing in 2008 and was left off the program for the two subsequent Olympics before returning to the fold for 2020.

Some of the usual suspects include Kiwoom Heroes first baseman Park Byung-ho, a two-time KBO MVP and the 2019 home run king with 33 dingers, and NC Dinos catcher Yang Eui-ji, who led the 2019 regular season in batting average (.354), on-base percentage (.438) and slugging percentage (.574).

Two of the league's top left-handers, Yang Hyeon-jong of the Kia Tigers and Kim Kwang-hyun of the SK Wyverns, also made the team, as expected. 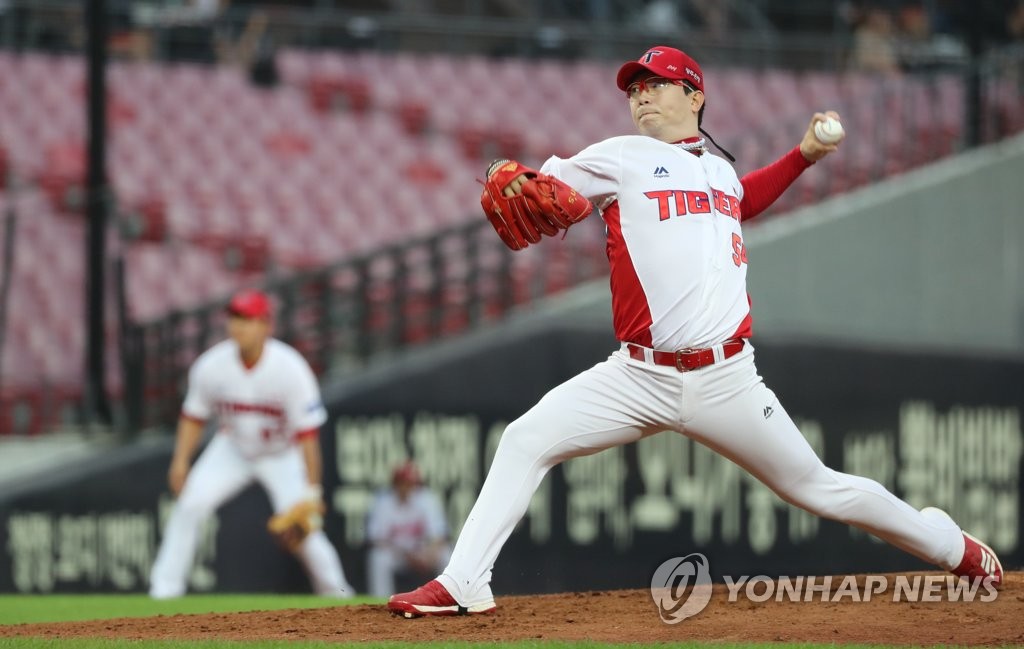 Kim finished with a 2.51 ERA and had 17 wins, tied for most among homegrown pitchers. Kim was part of the 2008 Olympic gold medal team.

Manager Kim said he had been stressing over his picks and he finally felt "relaxed" now that the 28 names have been penciled in.

"Now that I've named these 28 players, I'd rather not talk about who was on the bubble or which position I was worried about the most," Kim said at a press conference at KBO headquarters in Seoul. "I'll trust my team. I believe they're all great players."

The dozen participating nations at the Premier12 have been divided into three groups of four. The Group A teams are No. 2 USA, No. 6 Mexico, No. 8 Netherlands and No. 12 Dominican Republic. Their games will take place in Guadalajara, Mexico.

The top two teams from each group will advance to the six-team Super Round, to be played at Zozo Marine Stadium in Chiba and Tokyo Dome in Tokyo. The iconic stadium in Tokyo will also host the championship final.

Baseball at Tokyo 2020 will feature six nations. The top finisher from the Americas and the top country from the Asia/Oceania region that qualify for the Super Round at the Premier12 will earn direct entries into Tokyo 2020. Japan is already in the Olympics as the host nation.

This means South Korea has to rank among the top six and finish ahead of Australia and Chinese Taipei at the Premier12 to punch a ticket to Tokyo. 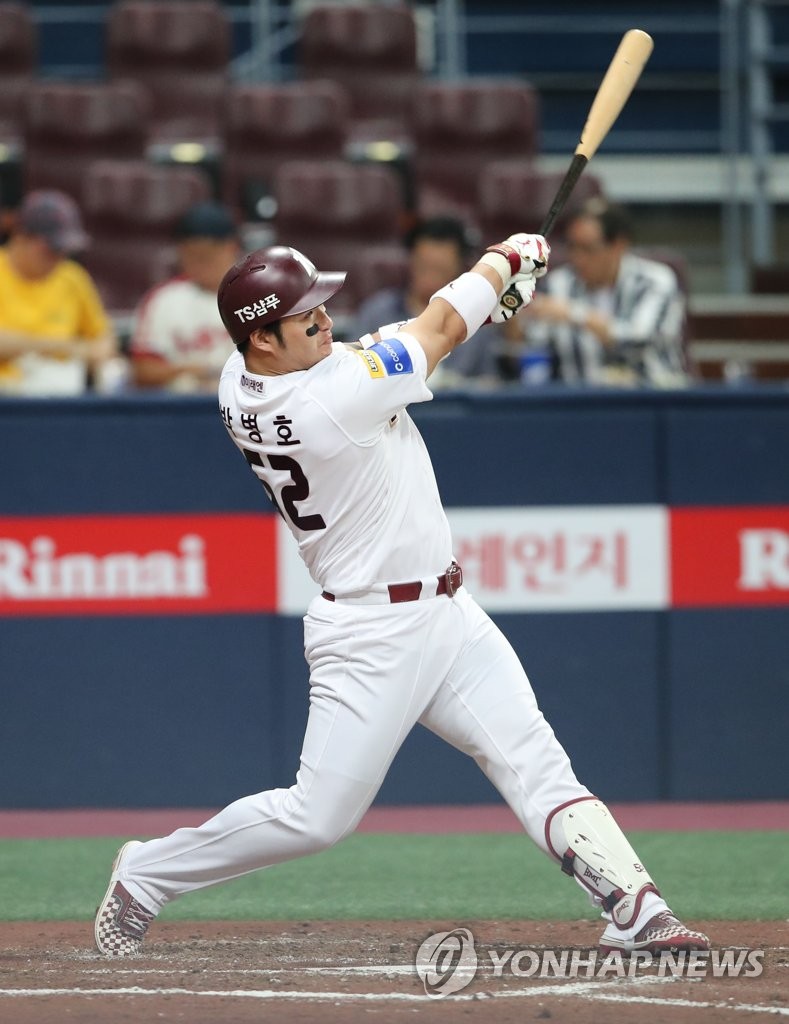 All Group C games will be played at Gocheok Sky Dome in Seoul. South Korea will open the qualifying campaign against Australia on Nov. 6, followed by Canada on Nov. 7 and Cuba on Nov. 8. All games will begin at 7 p.m.

If no team from Asia or Oceania finishes among the top six at the Premier12, that Olympic slot will be deferred to the last Olympic qualifying tournament.

The WBSC will organize separate qualifiers for Africa/Europe and the Americas regions. The WBSC's intercontinental qualifier, featuring six teams, will be the final opportunity for countries to book spots at Tokyo 2020. That event will feature the runner-up from the Africa/Europe qualifier, the second- and third-place finishers from the Americas qualifier, the two best finishers from the 2019 Asian Championship that haven't already qualified for the Olympics and the winner of the Oceania qualifier.