SEJONG, Oct. 2 (Yonhap) -- South Korea is unlikely to achieve its growth target this year, the finance minister said Wednesday, as exports slowed amid trade tensions with Japan and an ongoing trade conflict between the United States and China.

When asked by a lawmaker whether South Korea can pull off its 2.4 percent or 2.5 percent growth target, Hong Nam-ki said in a parliamentary audit that "it appears difficult to achieve it." 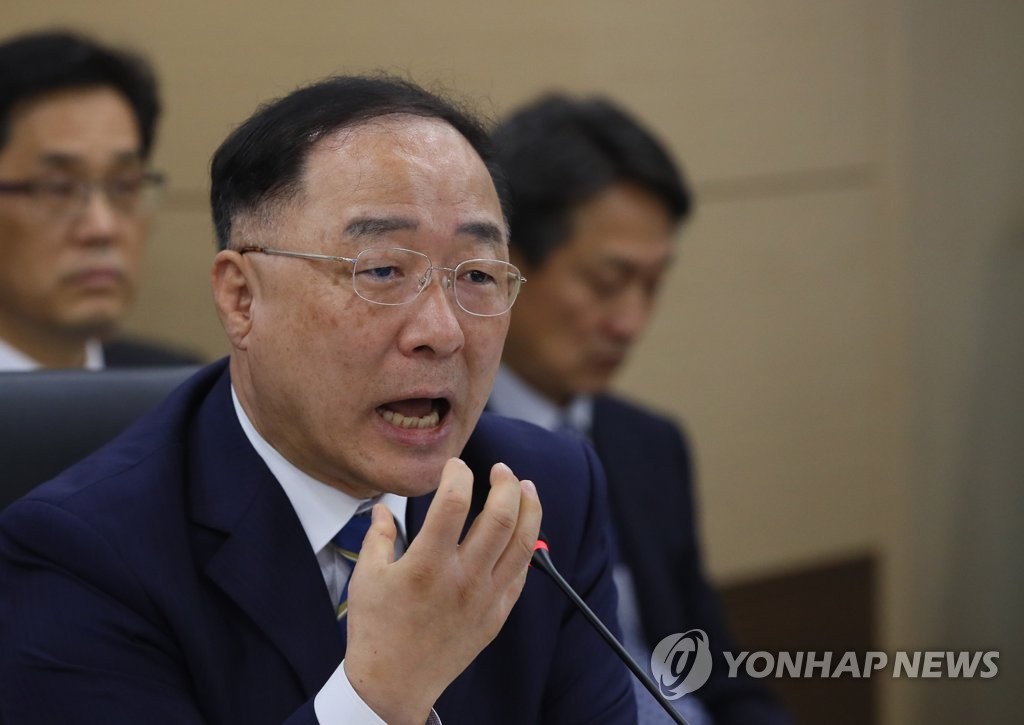 It is not the first time that Hong voiced skepticism about South Korea's economic growth, though he said the government has no plan to revise down its economic forecast.

Last month, the Organization for Economic Cooperation and Development slashed its growth outlook for South Korea's economy this year to 2.1 percent from its previous forecast of 2.4 percent in May.

The Bank of Korea also trimmed its growth outlook for Asia's fourth-largest economy to 2.4 percent from 2.6 percent due to increased downside risks.

The central bank is widely expected to further cut its own growth estimate soon.

The economy unexpectedly contracted 0.4 percent in the first quarter of the year from three months earlier, before rebounding 1 percent on-quarter in the second quarter.

Adding to the economy's woes, Japan has imposed tighter regulations on exports to Seoul of three materials -- resist, etching gas and fluorinated polyimide -- that are critical for the production of semiconductors and flexible displays.

Hong also said it's too early to conclude that South Korea has entered a deflationary phase, noting record-low consumer prices in September are temporary due in part to a base effect last year.