SEOUL, Oct. 3 (Yonhap) -- North Korea's chief nuclear negotiator on Thursday voiced "high expectations and optimism" over the envisioned working-level denuclearization talks with the United States, as he left for Stockholm for the meeting.

Kim Myong-gil, former North Korean ambassador to Vietnam, made the remarks at Beijing International Capital Airport upon arrival from Pyongyang on an Air Koryo flight earlier in the day. He is leading the four-member delegation for the high-stakes talks.

"(We) are heading to working-level negotiations with the U.S," Kim told reporters, adding, "As the U.S. side sent a new signal, I bear high expectations and optimism, and I am also optimistic about the results."

They then moved to another terminal of the airport, apparently to leave for the Swedish capital of Stockholm, as they were confirmed to have reserved Air China tickets bound for the city. 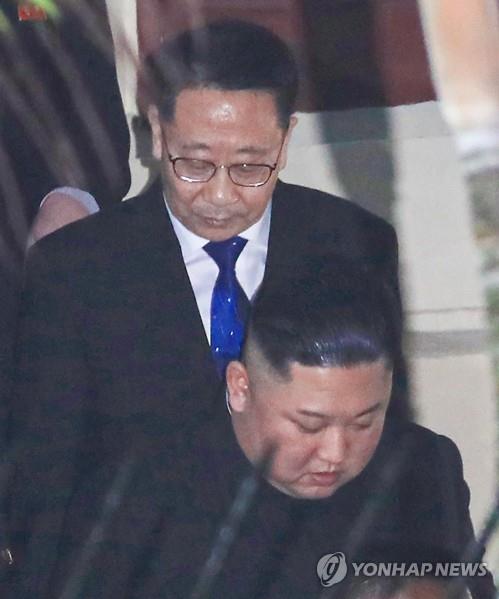 The North's First Vice Foreign Minister Choe Son-hui earlier said that Pyongyang and Washington agreed to resume talks Saturday following the two sides' "preliminary contact" the previous week. She did not mention the venue for the talks.

There has been speculation that the meeting could take place in Sweden, where the envoys of the two Koreas and the U.S. held talks in January ahead of the Trump-Kim summit in Vietnam.

Among the delegation were Kwon Jong-gun, former head of the North Korean foreign ministry's North American affairs department, and Jong Nam-hyok, a researcher at the North's Institute for American Studies under the ministry.

Kwon is expected to serve as a vice chief of the North's negotiation team, a source in Seoul said. He has not appeared in the North Korean media since mid-August when he issued a statement slamming the combined military exercise between Seoul and Washington. He previously had issued several statements with harsh words against South Korea and the U.S.

A person believed to be Jo Chol-su, Kwon's successor, was also seen at the airport, but it was not confirmed if the man was Jo.

Vice Minister Choe does not appear to be part of the delegation, as she was not spotted at the airport nor is she on the list of passengers on Thursday's flight to Stockholm.

After the talks, the officials are expected to return home via Beijing on Monday.

The envisioned talks will mark the first nuclear negotiations between the two sides since February's summit between U.S. President Donald Trump and North Korean leader Kim Jong-un broke down without a deal due to gaps over Pyongyang's denuclearization measures and Washington's sanctions relief. 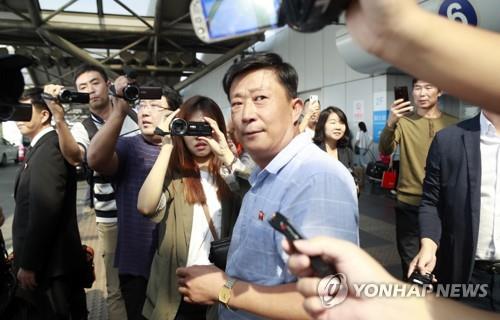