SEOUL, Oct. 3 (Yonhap) -- The LG Twins captured the wild card in the South Korean baseball postseason on Thursday with a 3-1 victory at home over the NC Dinos.

Starter Casey Kelly threw 6 2/3 innings of one-run ball, and No. 3 hitter Lee Hyung-jong had two RBIs for the Twins, who will go on to face the Kiwoom Heroes in the first round of the Korea Baseball Organization (KBO) playoffs. That series, a best-of-five affair, starts Sunday at the Heroes' home, Gocheok Sky Dome in Seoul. 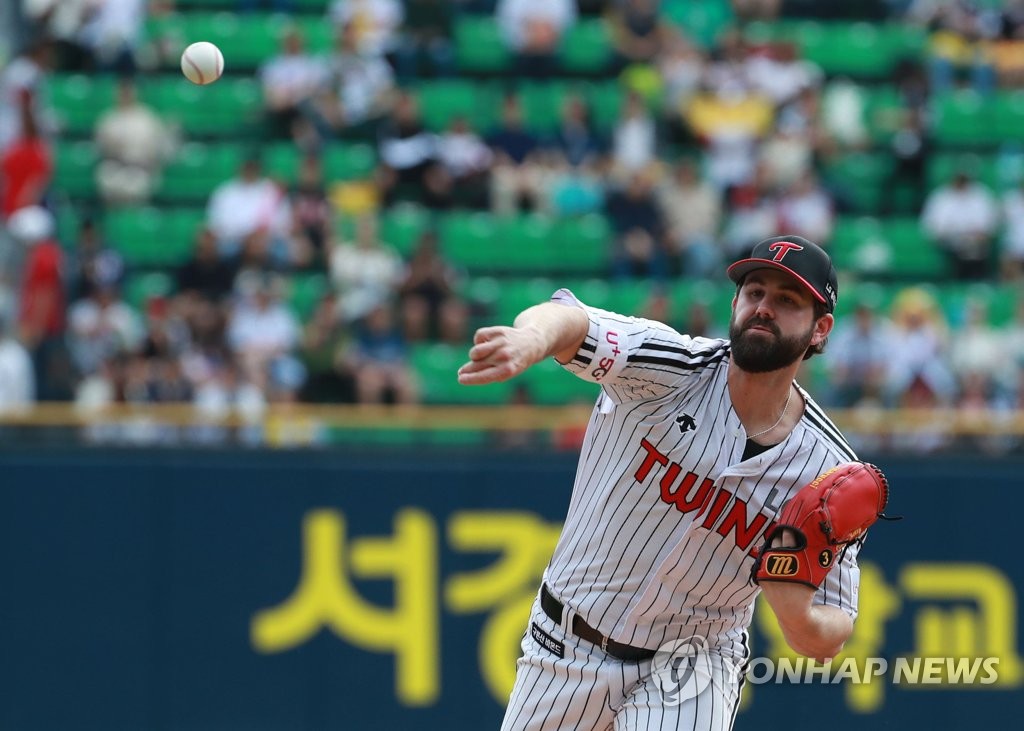 The Twins finished fourth in the regular season and the Dinos were fifth. As the higher seed, the Twins only needed to win or tie one game to take the wild card, while the Dinos had to win two straight games to advance.

NC starter Christian Friedrich was lifted after giving up two straight singles with none out in the fourth inning, and was charged with three earned runs on eight hits and two walks.

The Twins took a 1-0 lead in the first inning, before Friedrich knew what hit him.

Leadoff man Lee Chung-woong greeted the American left-hander with a sharp single up the middle. He moved to second on a sacrifice bunt and came around to score on Lee Hyung-jong's RBI single, which came on Friedrich's fifth pitch of the game.

The Twins had at least two hits off Friedrich in each of the first four innings. And in the bottom third, they had the bases loaded with two outs, but Yoo Kang-nam popped out to the catcher to kill the rally. 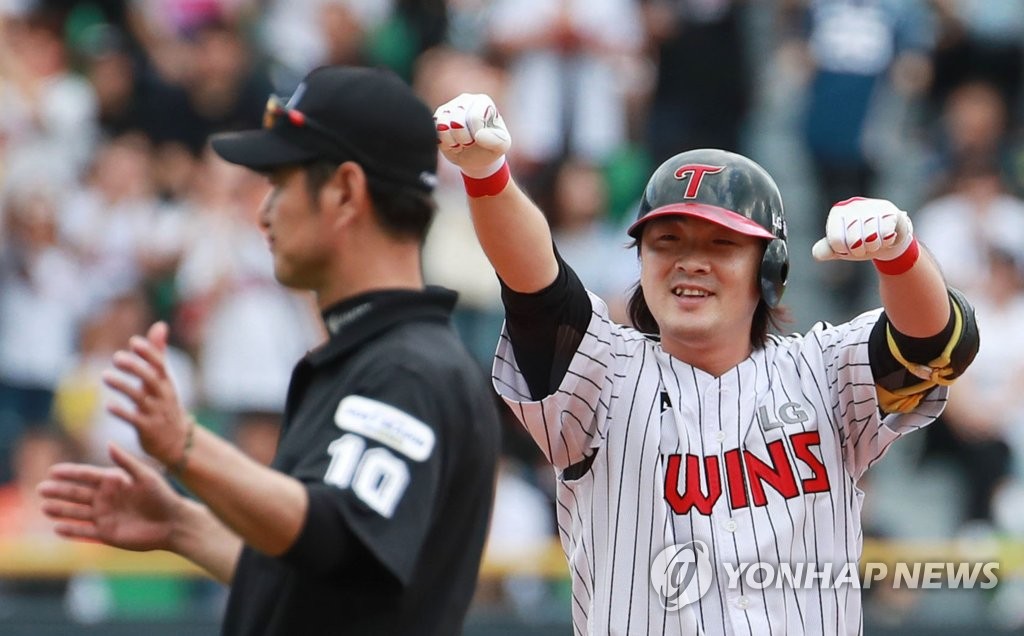 Yoo, the Twins catcher, made what could have been a costly miscue in the top of the fourth. With two outs and a runner at first, Yoo let a pop fly drop between himself and third baseman Kim Min-sung along the third base line.

It kept the inning going for the Dinos, who now had two men aboard for the first time in the game, but Kelly let his catcher off the hook by inducing a soft pop fly off the bat of Mo Chang-min.

The Twins chased Friedrich from the game with two straight singles to start the bottom fourth, and Park Yong-taik delivered a pinch-hit, sacrifice fly to extend the lead to 2-0.

Lee Hyung-jong then picked up his second RBI of the game with a double down the left field line, putting the Twins up 3-0.

No Jin-hyuk responded for the Dinos with a solo home run in the top fifth that cut the deficit to 3-1, but that ended up being the only run the Dinos mustered against Kelly. 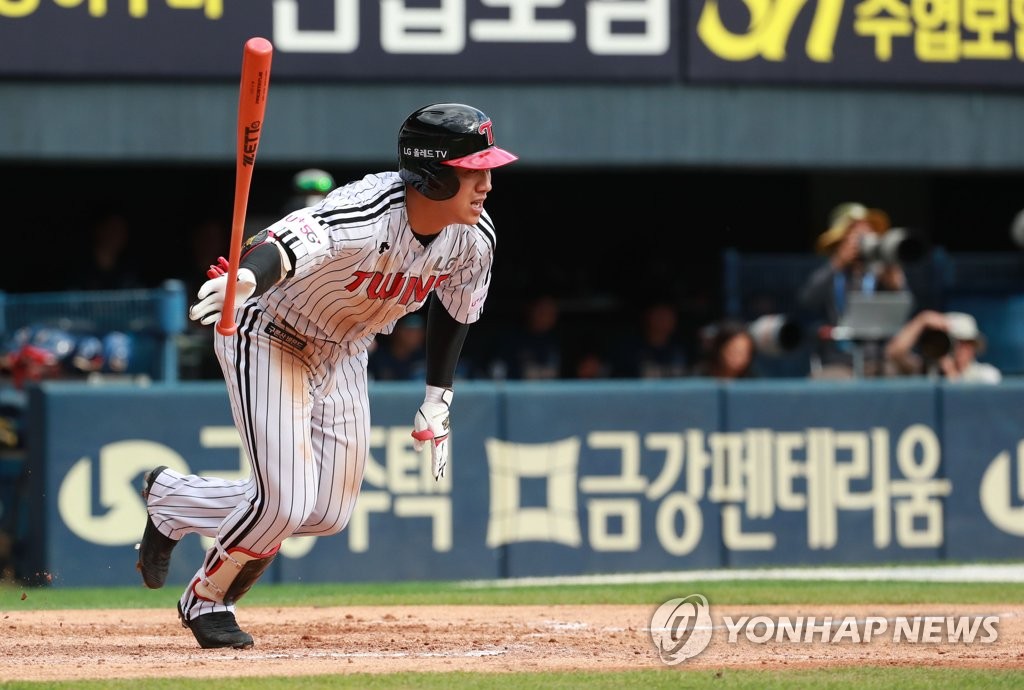 Kelly pitched around a leadoff single by Lee Myung-ki in the sixth, with a strikeout and two straight groundouts against the meat of the Dinos' order.

He retired the first two batters of the seventh before handing it over to the bullpen. Left-hander Cha Woo-chan put more zeroes on the board, and then closer Go Woo-suk walked the tightrope to preserve the victory.

The Dinos loaded the bases agaist Go with one out in the top of the ninth inning, with a walk sandwiched by a couple of singles.

Veteran Park Sok-min, with 63 games of playoff experience and four championship rings, popped out to shallow right, not deep enough for the runner at third to come home.

Then No Jin-hyuk, who'd homered in the fifth, hit a deep fly to right that was caught at the warning track for the final out.