SEOUL, Oct. 3 (Yonhap) -- In their postseason victory in South Korean baseball Thursday, the LG Twins were a model of efficiency.

On the mound against the NC Dinos in the Korea Baseball Organization (KBO) wild card game, starter Casey Kelly delivered 6 2/3 strong innings, giving up just one run on three hits as the Twins won 3-1.

The American right-hander struck out only three, but he didn't need to dominate the hitters when they kept making weak contact. 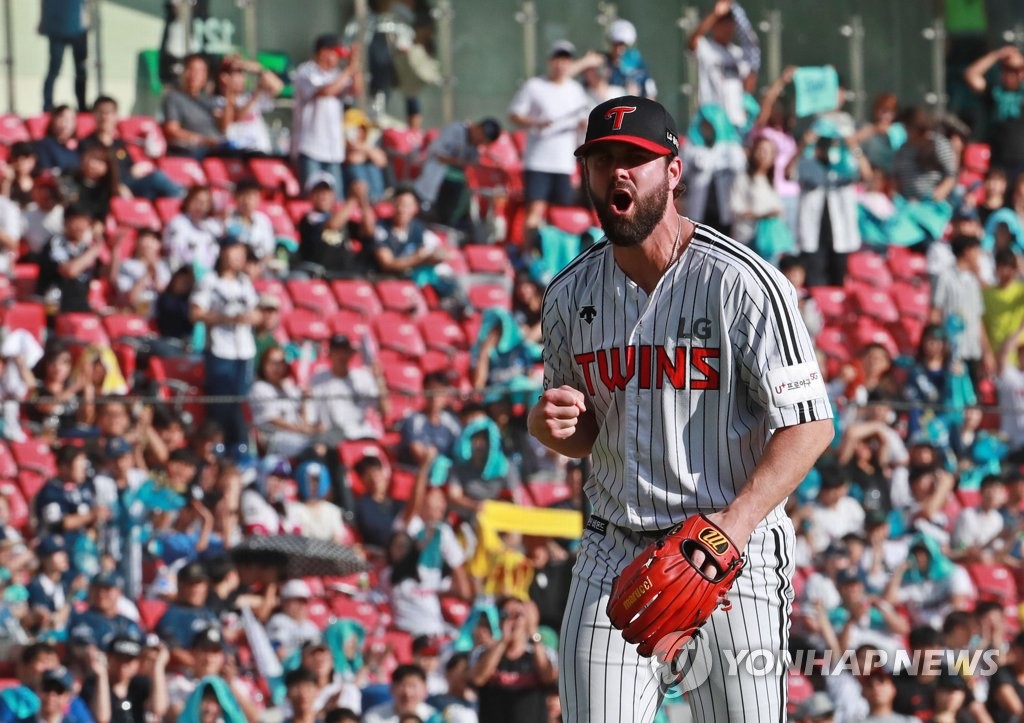 At the plate, No. 3 hitter Lee Hyung-jong knocked in two of the team's three runs, with a single in the first and a double in the fourth. Those were Lee's only two hits of the game.

He picked up right where he left off on Thursday, recording his fifth consecutive quality start, dating back to Aug. 23.

Kelly offered five different pitches on Thursday, mostly four-seam fastballs and curveballs. He said his game plan was to establish his fastball early and then go with the breaking ball later.

"Early in the game, they were taking first pitches. I knew I could get ahead with fastballs," Kelly said. "Once we got to the lineup two, three times, we started throwing the curveball more."

Kelly credited his catcher Yoo Kang-nam with "calling some really great pitches" and shrugged off Yoo's potentially disastrous defensive miscue in the fourth as merely a part of the game.

Yoo dropped a pop fly drop between himself and third baseman Kim Min-sung with a man on and two outs in the top fourth. It should have been an inning-ending play but instead kept the rally going for the Dinos. Kelly, undeterred, retired the next batter on a pop fly. 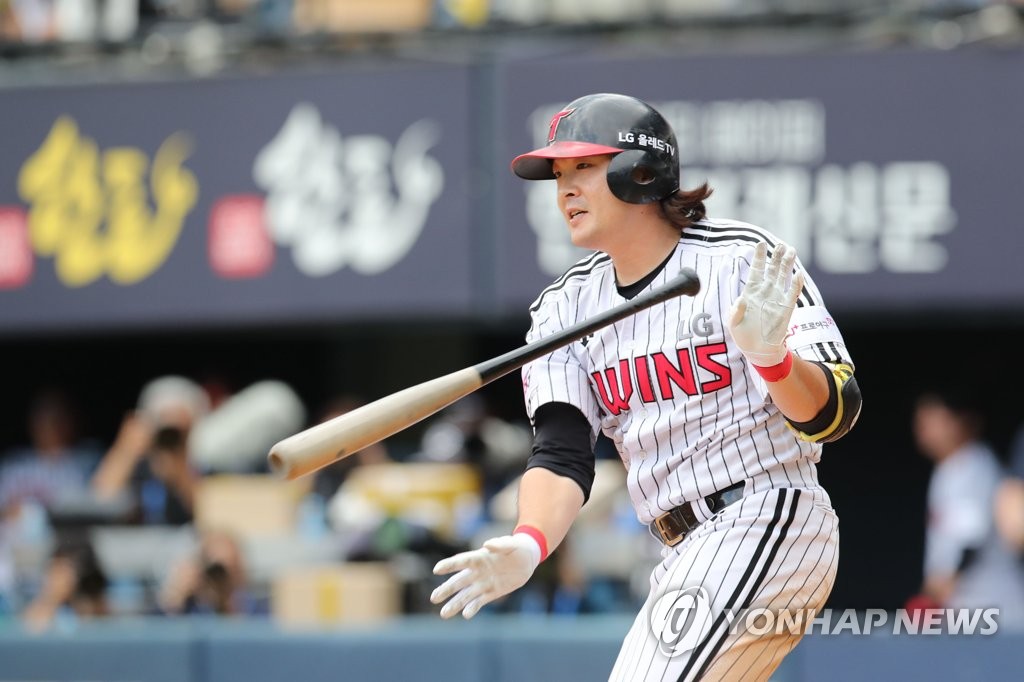 "Mistakes like that are going to happen. But that's why we're a team. We pick each other up," he said. "You've just got to worry about the next pitch and the next batter. Short term memory is what's all about. Kang-nam made a countless number of good stops on breaking balls with runners on."

Lee Hyung-jong admitted he battled some nerves early in the game, and getting that RBI single in the first inning calmed the butterflies inside him.

"After that first hit, I was able to swing with more confidence," Lee said. "I hope I can continue to play like this the rest of the postseason."

Lee played in the wild card game in 2016 for the Twins, but he was left off the playoff roster in later rounds. He quipped that memories from three years ago crept up in his mind Thursday but added, "I am not worried about not making the postseason roster this year."