The Kiwoom Heroes will host the LG Twins at Gocheok Sky Dome in Seoul to open the first-round playoff series in the Korea Baseball Organization (KBO) on Sunday. The first pitch is set for 2 p.m. 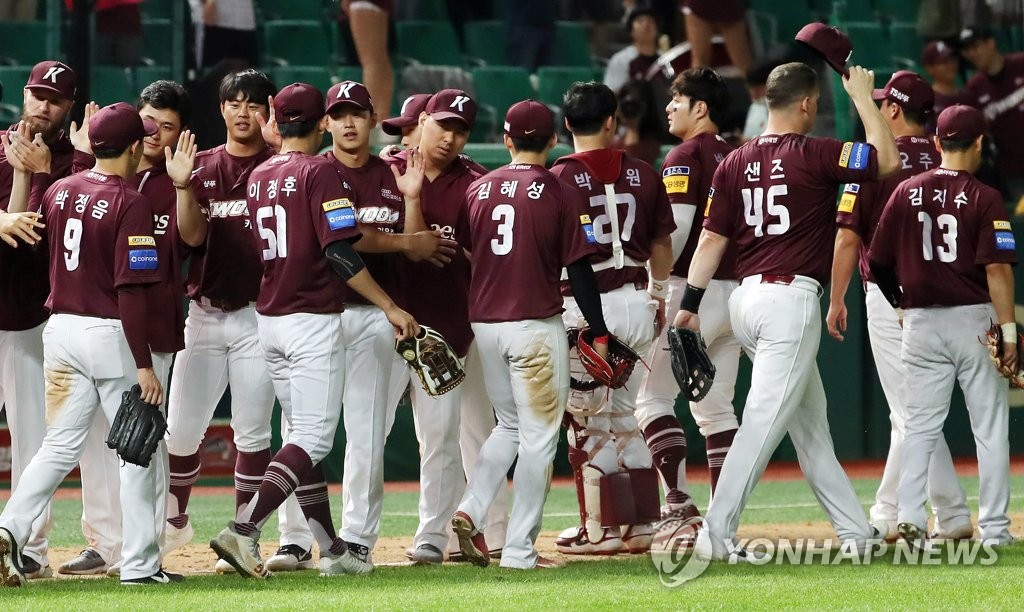 The Heroes will have the first two games at home in this best-of-five series, which will move to the Twins' home, Jamsil Stadium in the nation's capital, for Game 3 on Wednesday and, if necessary, Game 4 on Thursday.

The Heroes won the season series 9-7.

This will be their first postseason meeting since 2016. Three years ago, the Twins knocked off the Heroes in four games to reach the next round.

Things have changed dramatically since for both clubs. They both have different managers now. And for the Heroes, slugging first baseman Park Byung-ho was with the Minnesota Twins organization in 2016. He's back with the KBO club and back to his meshing ways.

Park led the KBO with 33 home runs in the regular season, and he was the only player to go deep more than 30 times this year.

Jerry Sands and Kim Ha-seong finished one-two in the RBI department with 113 and 104 apiece. Kim, Sands, Park and Lee Jung-hoo ranked first to fourth in the league in runs scored.

The Twins' strong pitching staff, which ranked among the top in the overall ERA and bullpen ERA, will be tested once again.

In Thursday's wild-card game, right-hander Casey Kelly (14-12, 2.55 ERA in the regular season) limited the NC Dinos to a run on three hits in 6 2/3 innings, as the Twins prevailed 3-1 over the team with the KBO's highest slugging percentage. 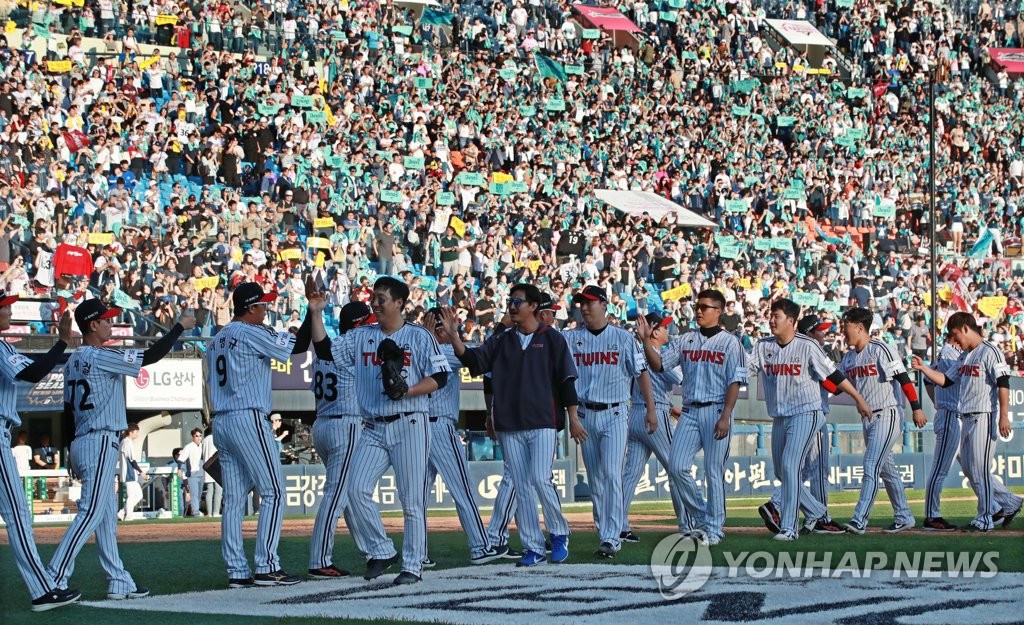 Another right-hander, Tyler Wilson (14-7, 2.92 ERA), is expected to take the mound for Game 1 of this upcoming series. He went 1-2 with a 4.50 ERA in four regular season starts against the Heroes.

Brigham dominated the Twins in his five regular season starts, going 1-0 with a 1.61 ERA and striking out 21 in 22 1/3 innings. That was Brigham's lowest ERA against any opponent this year. Jokisch was 1-1 in two starts against the Twins but had a 5.06 ERA, with six strikeouts and seven walks in 10 2/3 innings.