According to a report to the National Assembly, the Korea Communications Commission said 31.2 percent of all drug-related offenders used the Internet in the first five months of the year to buy and sell drugs. This is up from 18.6 percent tallied in 2018.

Last year, local law enforcement reported 11,545 of illegal drug cases with this number standing at 6,432 as of August this year.

People in their 30s and 20s made up 26.8 percent and 26.6 percent of all law breakers, respectively, accounting for more than half of all cases. It said the drug crime rate among those in their 20s increased a sharp 10 percent on-year. 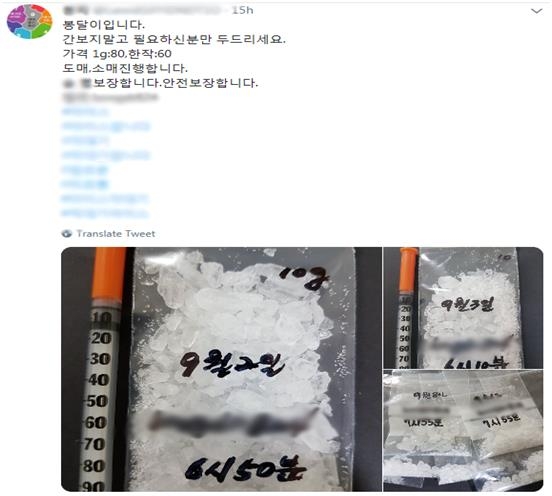