STOCKHOLM/SEOUL, Oct. 4 (Yonhap) -- U.S. and North Korean officials were set to meet in Sweden on Friday, the eve of their formal working-level nuclear talks, after the communist nation ratcheted up tensions with a test-firing of a new submarine-launched ballistic missile.

The two sides were expected to have "preliminary contact" in Stockholm in the morning (local time) before their first official negotiations since the no-deal summit between U.S. President Donald Trump and North Korean leader Kim Jong-un in Hanoi in February.

The exact time and venue for Friday's meeting were not announced -- a sign that Washington and Pyongyang want to stay focused on the high-stakes talks without being sidetracked by outside attention.

The deputy chiefs of the countries' delegations -- Mark Lambert of the U.S. and Kwon Jong-gun of the North -- were expected to attend the preliminary session. Top U.S. nuclear envoy, Stephen Biegun, and his counterpart, Kim Myong-gil, could also appear to exchange greetings, observers said.

Kwon and five others were seen leaving the North Korean Embassy in Stockholm at around 9:40 a.m., but it remains unclear whether they started talks with their U.S. counterparts.

The talks come after a monthslong hiatus caused by gaps in the countries' negotiation positions and tensions triggered by the North's angry reaction to a South Korea-U.S. military exercise in August and its saber-rattling, including the firing of a submarine-launched ballistic missile on Wednesday.

"As the U.S. side sent a new signal, I bear high expectations and optimism, and I am also optimistic about the results," he told reporters at Beijing International Capital Airport.

In recent weeks, top U.S. officials' statements have also raised optimism about a compromise with Pyongyang.

Trump has made remarks that hinted he is warming to Pyongyang's call for a "new calculation method," while Secretary of State Mike Pompeo has repeated conciliatory messages such as there being a "bright future" for a nuclear-free North Korea.

Still, it remains to be seen whether the two sides can produce meaningful progress in the upcoming talks given that they appear to remain far apart over the scope of Pyongyang's denuclearization, its disarmament method and what rewards it will receive in return.

In the Hanoi summit, the U.S. demanded the North give up more than just its mainstay nuclear complex in Yongbyon, north of Pyongyang, which Washington believes is only a piece of the regime's massive nuclear juggernaut.

Differences also appear wide over how to agree on and carry out the denuclearization process.

Washington has demanded that under a big-picture scheme, Pyongyang should take sweeping denuclearization steps, while insisting that sanctions relief for the North could come only after substantive progress in its denuclearization.

Meanwhile, Seoul's foreign ministry has not dispatched any staff to Sweden, though it is keeping a close watch on the resumption of the negotiations between the U.S. and the North.

In a parliamentary audit on Thursday, South Korean Ambassador to the U.N. Cho Tae-yul made an emphatic call for the North to "change course" and dismiss the idea that time may be on its side.

"There is no guarantee that the Trump administration's position will remain flexible to maintain the momentum for dialogue," he said. "I think it could be the last chance for the North." 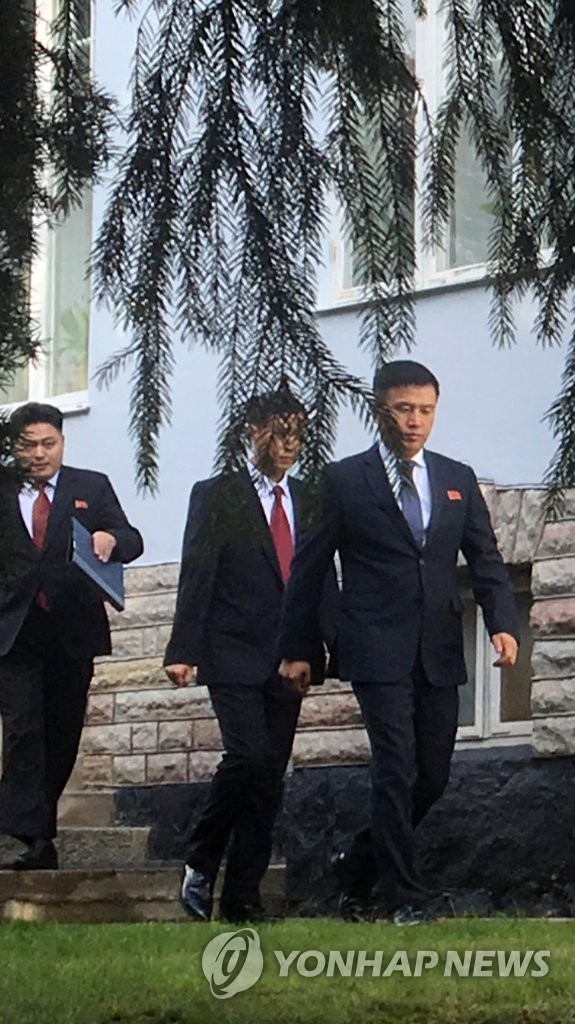