The military began the operations near Yeoncheon, north of Seoul, earlier in the day after traces of the infectious animal virus were found in a dead wild boar inside the DMZ, some 1.4 kilometers north of the DMZ's southern boundary, this week.

The operations are being carried out under consultations with the U.S.-led United Nations Command, and the military has notified the North of the decision, it said.

The move is aimed at preventing further spread of the disease through wild boars after the virus was found in a wild boar on Wednesday, the ministry said.

A total of 13 cases of African swine fever have been confirmed so far since its first outbreak in the country last month.

Earlier, the military ordered border-guarding troops to shoot on sight wild pigs crossing the DMZ, and notified the North of the decision to prevent any accidental clashes due to the gunshots.

It is as yet unclear through which route the disease broke out in South Korea.

The military has said it is unlikely for wild boars of the DMZ to pass through the barbed wire fence along the southern limit line. But possibilities of their movement across the border have been raised as parts of the fence structure could have been damaged due to bad weather, such as a typhoon.

According to Rep. Ha Tae-keung of the Bareunmirae Party, five operations are currently underway to restore parts of the fence that have been damaged. 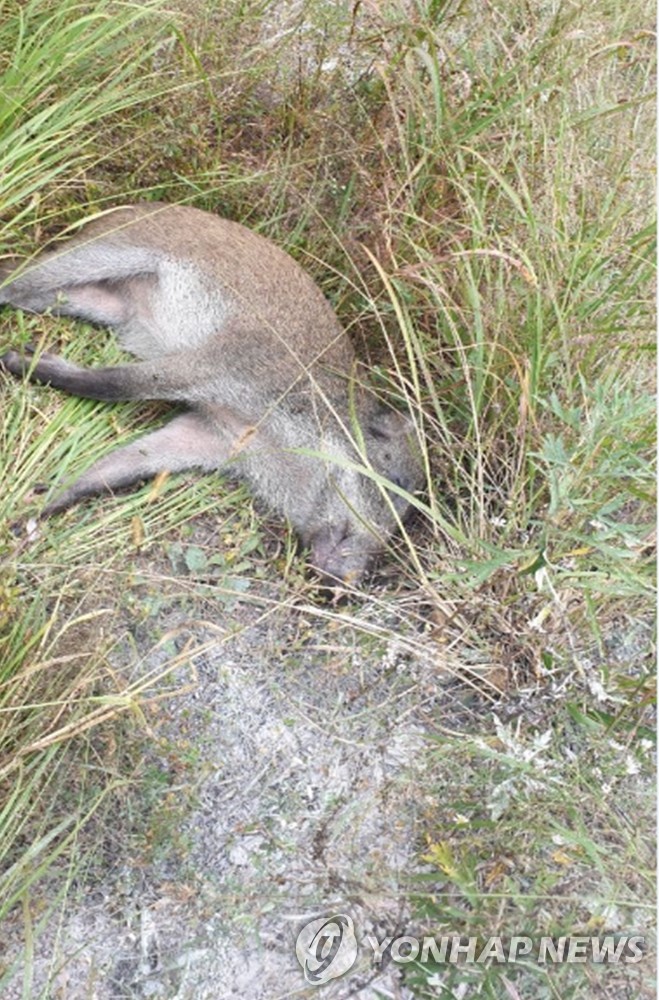