SEOUL, Oct. 8 (Yonhap) -- Foreign investors continued to scoop up local shares and bonds in the first seven months of the year, the central bank said Tuesday, possibly reflecting their confidence in the country's strong economic fundamentals despite a steady decline in exports and sluggish growth.

"Since the beginning of the year, foreign stock funds have steadily increased on the country's strong fundamentals," the BOK said in its report submitted for parliamentary audit. 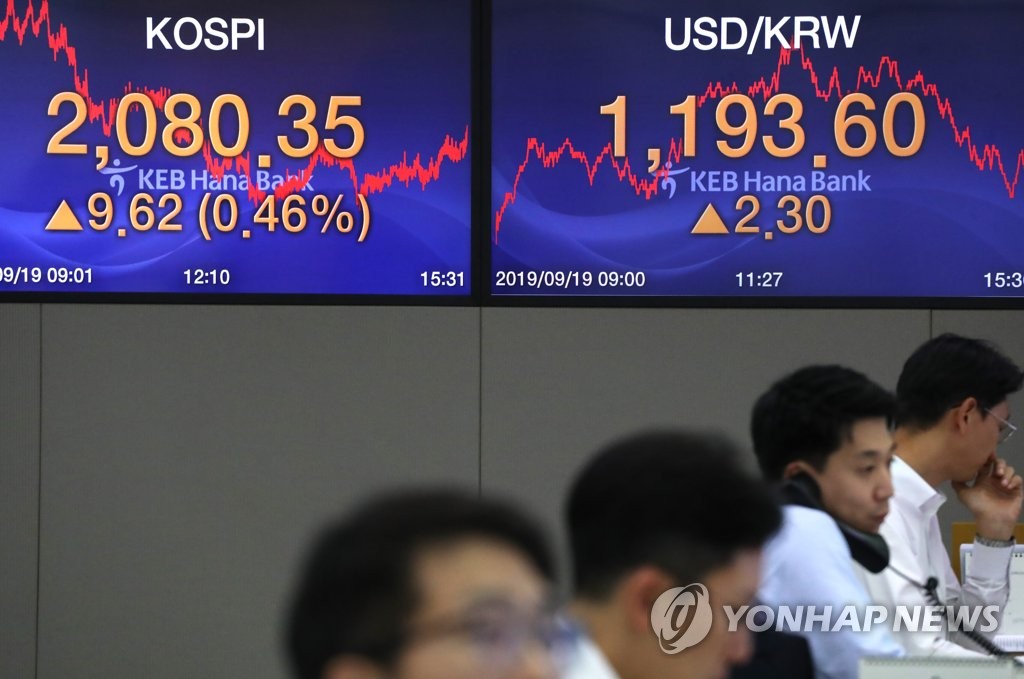 The inflow of foreign stock funds slowed since May amid the escalation of the United States-China trade dispute and growing concerns of an economic slowdown here, the BOK said, without providing detailed figures.

In the first three months of the year, foreign investors bought a net $6.56 billion worth of South Korean shares. The amount dropped to a net $350 million in the April-June period.

Still, the net inflow of foreign stock funds comes amid a steady drop in South Korean exports that many believe may lead to the lowest growth for Asia's fourth-largest economy in more than a decade this year.

The country's exports have dropped for 10 consecutive months since December. Its gross domestic product unexpectedly contracted 0.4 percent from three months earlier in the January-March period before rebounding to 1 percent on-quarter growth in the second quarter.

The BOK has twice revised down its growth outlook for the local economy -- from 2.6 percent in January to 2.5 percent April, then to 2.2 percent in July.

BOK Gov. Lee Ju-yeol has hinted at the central bank further slashing its growth forecast in its last estimate of the year due in November, saying it will "not be easy to meet the 2.2 percent growth target."