Deputy Foreign Minister for Political Affairs Yoon Soon-gu met with his Serbian counterpart, Tatjana Conic, in Belgrade for their 7th round of policy council meetings, the ministry said in a release.

During the talks, they shared the evaluation that bilateral cooperation has greatly improved in such areas as trade, investment, IT and the environment and agreed to work together for further development of ties.

This year marks the 30th anniversary of the establishment of diplomatic relations between the two countries.

In the talks, Yoon also asked for Serbia's continued support for and keen attention to Korean companies doing business there.

Conic, in response, expressed hope for continued discussions going forward with South Korea in the aforementioned fields, as well as development aid.

As of end-2018, South Korea has provided an accumulative US$8.07 million to Serbia in the form of official development aid (ODA), according to the ministry. 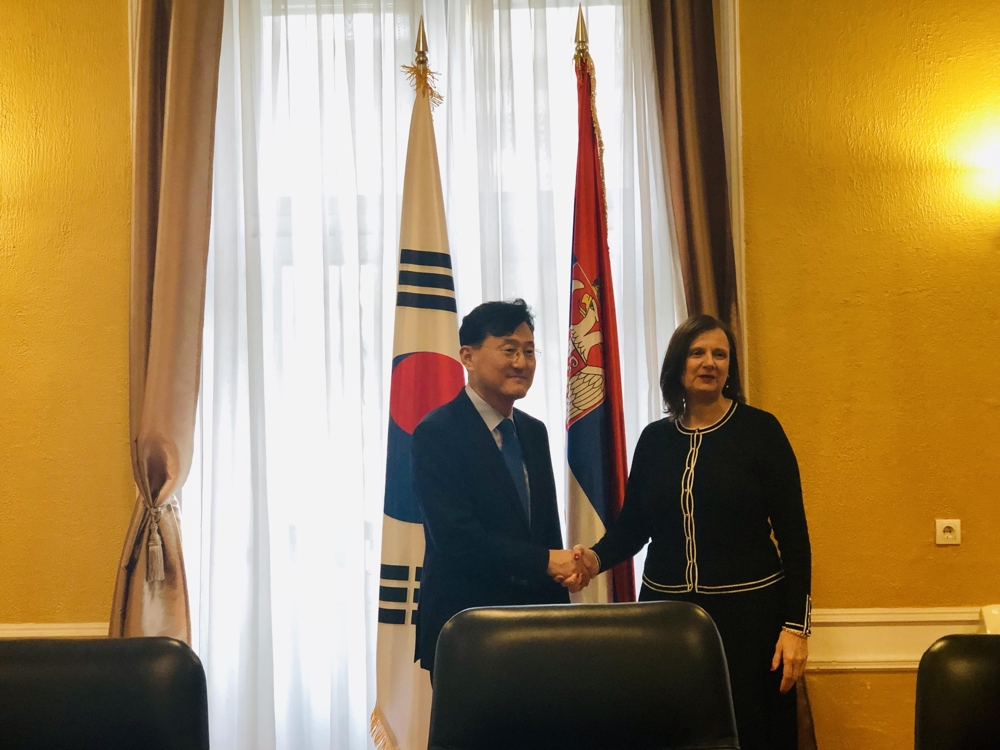