BUSAN, Oct. 4 (Yonhap) -- Im Kwon-taek, one of the most prominent film directors in South Korea, had a life-long goal: to make films fully charged with subtle Korean emotions and details.

He seems to have attained the goal, with about 100 films under his belt over his 52-year career, including "Seopyeonje" (1993) and "Chihwaseon" (2002). The latter film earned him the best director award at Cannes Film Festival.

But the humble filmmaker admitted in Busan on Friday that he thinks he still hasn't attained his goal.

"I've made long and great efforts to express Korean sentiment through my works," the 81-year old director said in a special talk at the 24th Busan International Film Festival (BIFF). "But I think I didn't make it."

He reportedly left the big screen scene after his last film "Revivre" (2014). 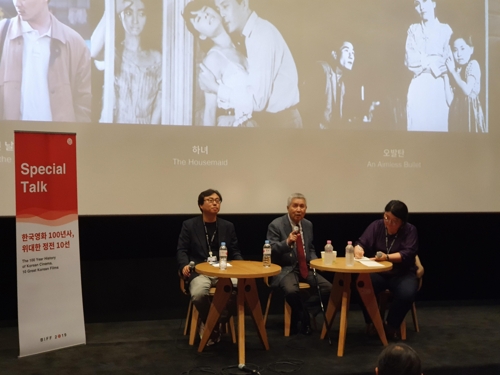 "Seopyeonje" is one of the 10 masterpieces being shown under the festival's special program to commemorate the 100th anniversary of Korean cinema.

Im had a frank talk about his life and work with film fans after a screening of "Seopyeonje."

The movie tells the story of a family of traditional Korean "pansori" singers who are struggling to make a living in the modern world. It was the first South Korean film to draw over one million viewers in Seoul alone. It also revived popular interest in traditional Korean culture and pansori, a traditional Korean form of storytelling, in the country.

"In my early years, I was a director who made poor imitations of Hollywood movies and their copycats," he said. "As time went by, I realized that I was filming a lie and a fake life that was far from my real life."

He said "Seopyeonje" was his first movie that he colored with Korean touches and sentiments as he was given a one-year break and producers' approval to go make his "uninteresting" movie on a low-budget. 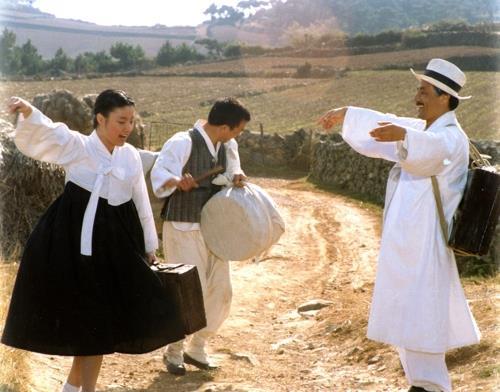 "I had long wanted to shoot a real Korean movie that solely contains Korean rhythm and emotion and that only a Korean director could make," Im said.

He recalled feeling lucky because he was able to do everything he wanted with "Seopyeonje," without the burden of pressure from the production studio or expectations to make a well-received movie.