BUSAN, Oct. 5 (Yonhap) -- Yonfan, a renowned film director from Hong Kong, has made a number of feature films that helped him win some critical acclaim on the international stage.

In particular, his last full-length film, "Prince of Tears" (2009), was nominated for the Golden Lion at the 66th Venice International Film Festival.

After a 10-year hiatus, however, the Hong Kong director made a big change in his 38-year filmmaking career. He came back with an animated film titled "No. 7 Cherry Lane."

"I've been making films for more than 30 years, and I think I've put a lot of energy into every movie, and my energy was drained. So my last movie was shown 10 years ago," the 71-year old director said in an interview with Yonhap News Agency on the sidelines of the Busan International Film Festival (BIFF) on Friday. "I decided to stop making real-life movies and go into animation." 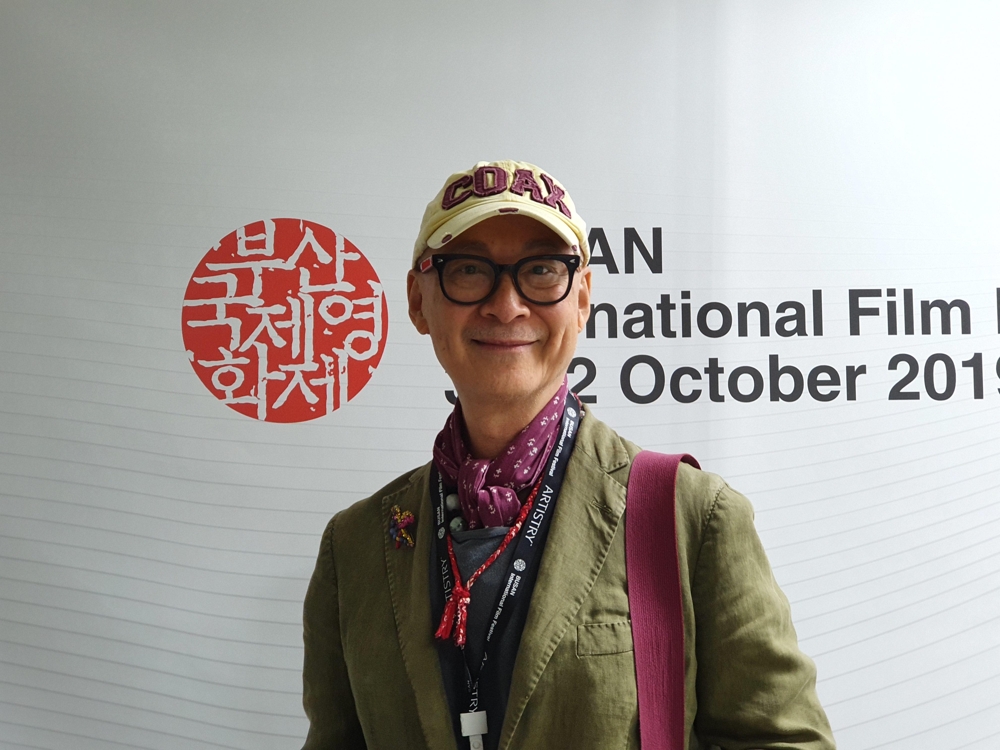 "No. 7 Cherry Lane" is a story about a Hong Kong university student in the late 1960s, when people took to the streets to protest against the British colonial government. He falls in love with a middle-aged woman and her daughter at the same time.

Yonfan said his new challenge took a long time: He had to spend seven years to complete the film, but such a long period was not useless.

"Animation has a different approach from a live-action film," he said. "I can refine and redefine myself through all these years in making a better movie."

He wrote every line and word of the movie, and tried to portray the beauty of Chinese characters, words and pictures, along with music.

"This film is very different from all the other films. This is a movie about writing, about words and pictures, especially words in Chinese," he said. "When you watch the movie you will not only listen but also read the words and feel inside."

His intentions seem to be expressed well in the movie as his first animated film brought him the best screenplay award at this year's Venice film festival.

"I'm very honored that this film was selected to the Venice film festival," he said. "My very big surprise was to win the award at Venice. I thought it would not because it's not a real-life film."

But his movie was not fully welcomed by his home country amid the monthslong pro-democracy protests. The scheduled premiere of the film was canceled.

"I wanted to share this honor with all the people, especially the people of Hong Kong," he said. "People didn't know how to take this award and accept it, because my movie has something to do with the riot in 1967."

So he said he was happy to bring his film to Busan and have its Asian premiere during BIFF, which continues until Oct. 12.

"Life goes on, and one day I will show this film very properly in Hong Kong," he said.