BUSAN, Oct. 6 (Yonhap) -- Yoon Sung-a, a 42-year-old Korea-born French director, has been regarded as a promising young filmmaker in the European film market.

She made 10 short films in her early 20s and 30s, one of which, "And I'll Keep In My Heart," was selected for the Cinefondation section at the Cannes Film Festival in 2008.

Her latest feature-length documentary, "Overseas," on a vocational training system for migrant workers from the Philippines, was invited to this year's Busan International Film Festival (BIFF)'s Wide Angle category. 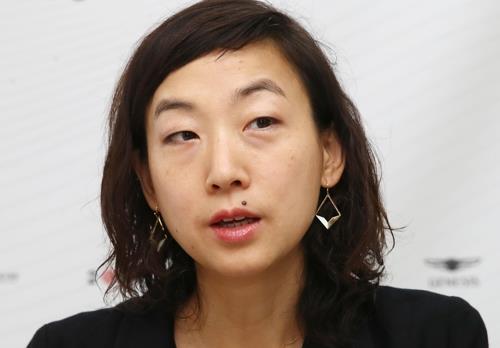 "When I was studying in Brussels, I saw some Asian women bring European children to school," Yoon said in an interview with Yonhap News Agency on the sidelines of BIFF on Saturday. "I was wondering, who are they? I could catch that they were not family based on their skin colors and everything."

Yoon's "Overseas" starts with this question. Its camera is fixed on a vocational training center in the Philippines, where a group of women are trained and educated to prepare for work as maids or nannies in Northeast Asian and Middle Eastern countries.

The curriculum includes how to do scullery works, make beds and take care of ill landlords, while they had some role-playing sessions to learn how to deal with cases of abuse and harassment. 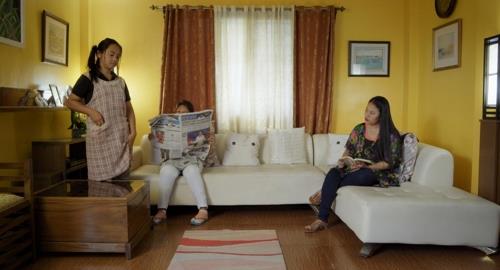 In an effort bid to grasp the globalization-led domestic chores done by the Filipina workers, she spent four years filming the training process in the Southeast Asian country.

She visited more than 10 training centers in the country and studied the management and curriculum of each institution to get deep and full understanding.

"From the beginning, moreover, I want to show the transitional time and space. They stay there about a couple of weeks before leaving their country," she said. "During that period, they have to be separated from their family and their daily life. It is filled with fear before moving to the unknown. It's like sitting in a waiting room at the airport."

This feeling of separation and division inherent in "Overseas" is coincidentally connected to some connotations shown in her first documentary "Full of Missing Links" (2012).

It is about the personal story of Yoon, who left South Korea at the age of eight with her mother after the separation of her parents. In the movie, she travels to Korea to find her long-lost father and meets many people, including an old woman from North Korea.

"I wanted to picture the breakup of a man and woman, the division of the Koreas and the separation of gender roles in South Korea," she said. "This broad feeling of separation echoed in the next movie, I think."