WASHINGTON, Oct. 5 (Yonhap) -- The breakdown of working-level negotiations between the United States and North Korea showed the difficulty of bridging the gap between U.S. demands for complete denuclearization and North Korean demands for sanctions relief and security guarantees, experts said.

Although the two countries offered conflicting assessments of the talks held in Stockholm, Sweden, on Saturday, North Korean leader Kim Jong-un is likely to keep the talks going a few more rounds before offering another summit with U.S. President Donald Trump to work out a deal between themselves, they said.

Kim could also move closer to China for aid and diplomatic support, the experts said.

The assessments come after North Korea declared the breakdown of talks, warning that whether it resumes nuclear and intercontinental ballistic missile tests is up to the U.S. 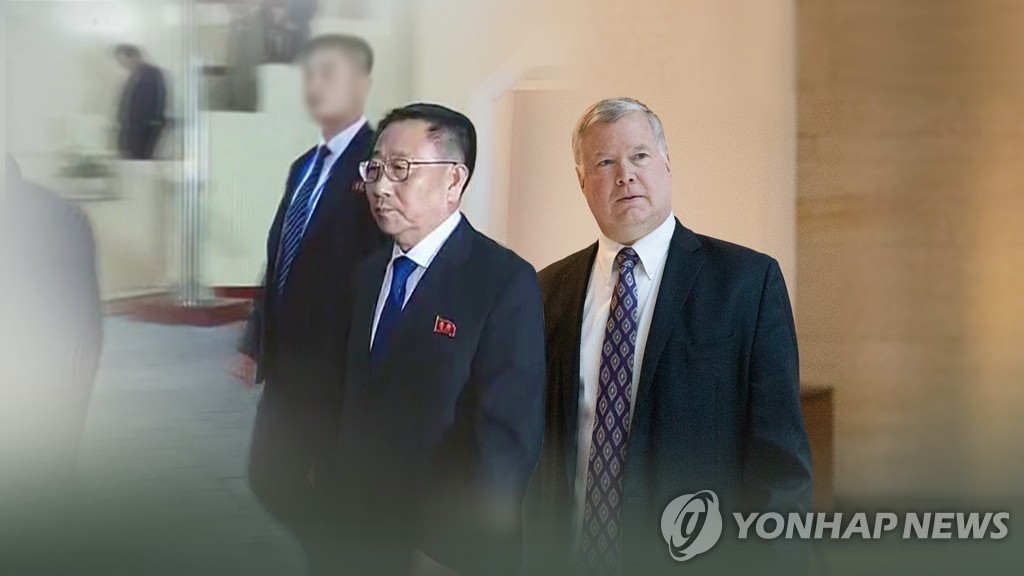 Washington offered a more measured response, saying the two sides had "good" discussions and that it had accepted Sweden's invitation to return to Stockholm in two weeks time to continue negotiations with the North.

"The breakdown is a good illustration of the difficulty in closing the gap between the two sides," Scott Snyder, senior fellow for Korea Studies at the Council on Foreign Relations, told Yonhap News Agency. "It also reflects the negative atmosphere surrounding this round of talks, including the SLBM test and Kim Jong-un's focus in recent months on military rather than economic development."

North Korea tested a submarine-launched ballistic missile (SLBM) on Wednesday, just a day after it announced that it had agreed with the U.S. to resume working-level negotiations Saturday.

The launch was seen as a move aimed at increasing its leverage in the high-stakes talks, as SLBMs are regarded as a bigger threat to the U.S. than the short-range ballistic missiles it tested in the preceding months.

"The North Koreans came prepared to pocket US concessions but not to make deals," Snyder said, suggesting that the North had projected the likelihood of a breakdown by indicating the talks would only be held for one day following preliminary discussions Friday.

Saturday's meeting marked the first formal round of negotiations since February's summit between Trump and Kim ended without a deal. North Korea had offered to dismantle only its main nuclear complex in Yongbyon in exchange for substantial sanctions relief, and the U.S. rejected it.

In June, at an impromptu meeting inside the Demilitarized Zone at the inter-Korean border, Trump and Kim agreed to resume working-level talks within several weeks.

"Kim had to keep his DMZ pledge to allow working level talks, so the talks checked that box," said Robert Manning, senior fellow at the Atlantic Council think tank. "It's possible Kim will order them back to the table, have several more sessions so there's an appearance of sincerity. It doesn't appear the North Koreans are serious. It's the usual playbook -- storm out of talks, blame U.S. 'hostile policy.'"

Manning suggested that Kim could send another "beautiful" letter to Trump to complain that U.S. negotiators were not following his instructions. Kim could offer a third summit to strike a deal between themselves, the expert said.

The nuclear diplomacy between Washington and Pyongyang has largely hinged on the personal relationship between the two leaders, with Trump continuing to express his confidence in Kim despite the regime's missile tests.

The North Korean leader could also turn to Chinese President Xi Jinping, with whom he has had five summits in between his meetings with Trump.

"I would have to assume at this point Kim's next move would be to visit Xi Jinping as has been rumored for sometime," said Harry Kazianis, senior director of Korean studies at the Center for the National Interest. "He can lobby Xi, claiming to have been reasonable and wanted a diplomatic solution. He will likely ask China for unofficial sanctions relief, such as less checks of goods coming across the border or even a massive increase in legal tourism — something that is not under sanction."

Others were cautious to conclude that the talks had really ended.

"I think we need to wait until more information comes out," said Frank Aum, a senior expert on North Korea at the U.S. Institute of Peace. "It's premature to make any assessments until we know for sure that talks have really ended." 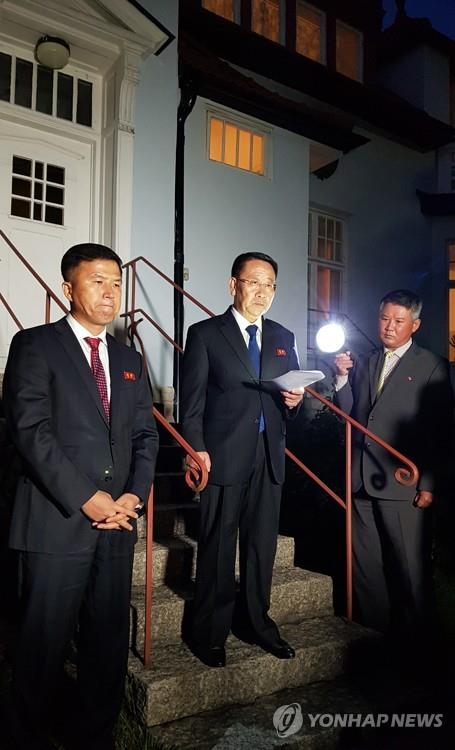