"I have had a lifetime project to make a film titled 'The Axe,'" Park said in an open talk with Greek-French director Costa Gavras held at the Busan Cinema Center during the ongoing Busan International Film Festival (BIFF). "I've not yet started filming, but I wish to make this film as my masterpiece."

It pictures the desperate attempts by a laid-off employee to stay afloat, but he finally becomes helpless and tries to kill his job competitors. 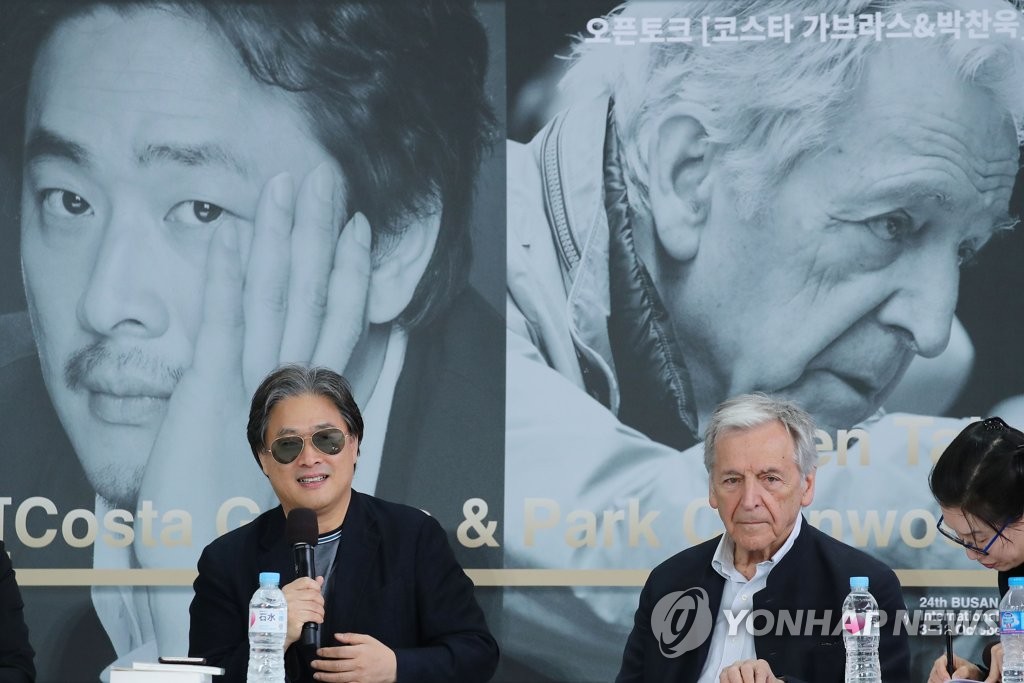 "I want to remake this French-language film into an English-language one," Park said. "And Gavras and his wife have the filming copyright, and they are producers of my project. I've been working with Gavras family for years."

The 56-year-old Korean director is best known for his critically acclaimed films, including "Old Boy" (2003), which brought him Cannes' second-highest honor of Grand Prix, and "Thirst" (2009), the winner of Cannes' No. 3 Jury Prize.

"I think emotions in one film lead to a change in the next one," the veteran director said. "I feel bored of repeating things that I've once gone through. This desire to do something new and challenging encourages me to try again next time."

Gavras, who won the Canne's Palme d'Or for his historical drama "Missing" in 1982, hailed Park as a versatile artist who has creative worldviews in all his films.

"It's a surprise that one director has shown separate views, sentiment and creativity in respective films," the Greece-born French filmmaker said. "None may match the sophisticated sensibility of Park in Europe."