SEOUL, Oct. 6 (Yonhap) -- Two American starters engaged in a memorable pitching duel in the Korea Baseball Organization (KBO) postseason on Sunday, though neither got a decision in a game that ended on a ninth-inning walk-off home run.

The Kiwoom Heroes beat the LG Twins 1-0 thanks to Park Byung-ho's game-winning solo home run in the bottom of the ninth at Gocheok Sky Dome in Seoul.

While Park got the spotlight as the game-clinching hero, the two starters, Jake Brigham for the Heroes and Tyler Wilson for the Twins, put on an outstanding show on the mound. 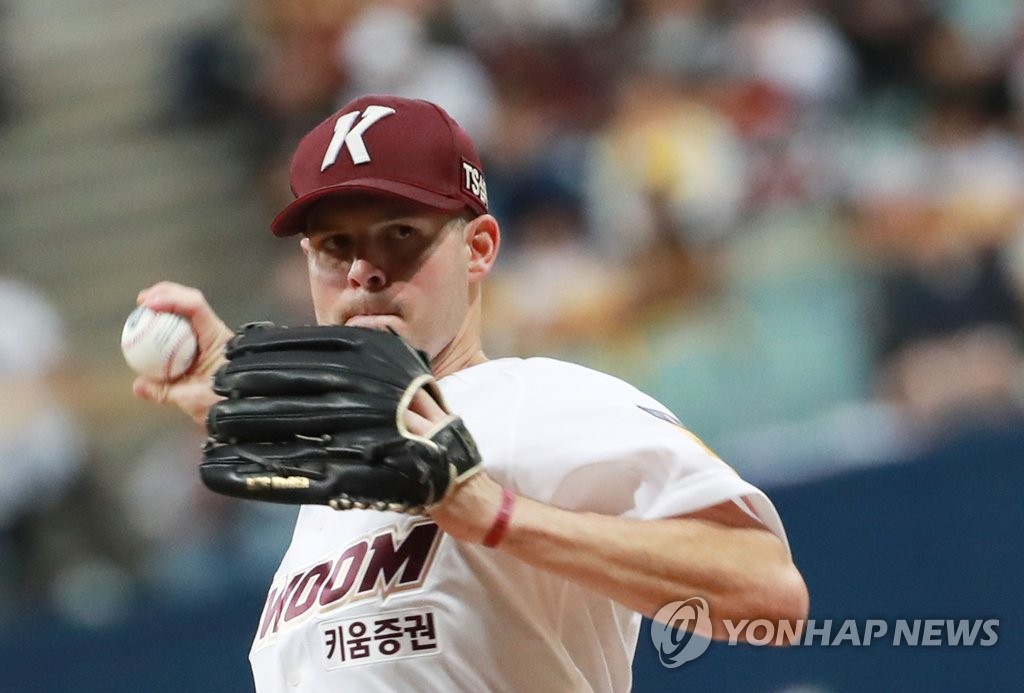 Brigham no-hit the Twins through six innings, and left the game with two outs in the seventh and the score tied at 0-0. He gave up just two hits while striking out six and walking two. Brigham struck out four straight batters in one stretch, and allowed only five balls to leave the infield.

Brigham made 83 pitches, 56 for strikes.

His no-hit bid was broken up by pinch hitter Park Yong-taik to start the seventh inning. Brigham regrouped and picked off Park's pinch runner, Shin Min-jae, at first base, but was taken out after giving up a walk and a single later in the inning.

Brigham's LG counterpart, Wilson, gave up at least a hit in each of the first six innings but pitched around those jams, with help from his infield. He fired eight shutout innings, scattering eight hits and striking out seven. Of his 106 pitches, 73 went for strikes.

Wilson had some help from his infielders. After a one-out single in the first, Twins second baseman Jung Ju-hyeon made a fine diving grab to his left, denying Lee Jung-hoo a single and nabbing the lead runner at second.

Seo Geon-chang led off the bottom third with a single for the Heroes, but he was erased in a 6-3 double play turned by shortstop Gu Bon-hyeok.

Wilson helped himself in the fourth, getting a groundout and a strikeout after allowing a single and a double with one out. In the fifth, Wilson gave up a two-out single to Kim Ha-seong but later threw a pitchout that helped catcher Yoo Kang-nam nab the runner trying to steal second base.

Wilson had his first clean inning in the seventh, which featured two groundouts and a strikeout.

After one out in the eighth, Wilson walked Kim Ha-seong and then picked him off at first base. Wilson finished off the inning by striking out Lee Jung-hoo for the second time in the game

It was the last batter Wilson faced. And he watched helplessly as closer Go Woo-suk gave up the walk-off home run to Park Byung-ho. 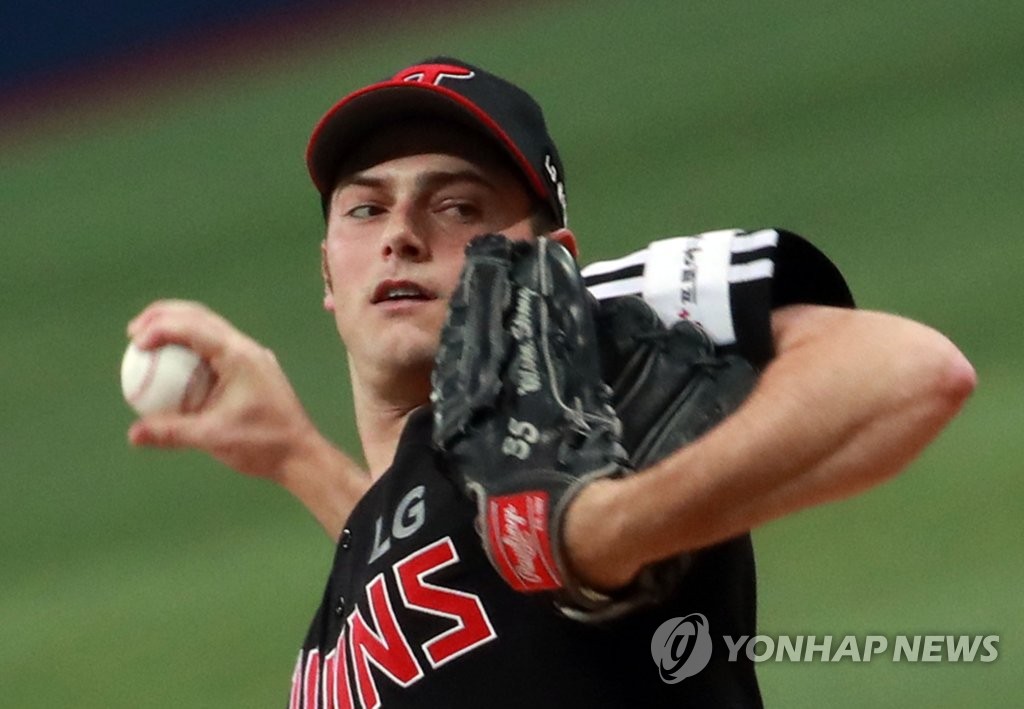