The major difference: his Kiwoom Heroes lost that game last year, but they won thanks to Park's blast on Sunday.

Park hammered the first-pitch fastball from LG Twins closer Go Woo-suk in the bottom of the ninth inning, sealing a 1-0 victory for the Heroes in Game 1 of the best-of-five first round series at Gocheok Sky Dome. 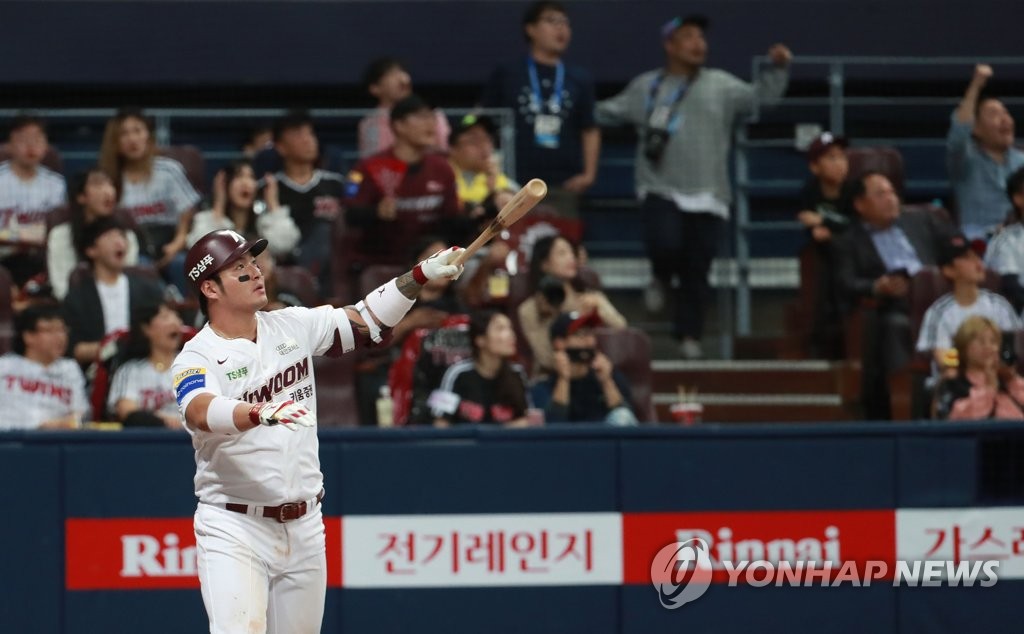 The Heroes had a base runner on in each of the first six innings against starter Tyler Wilson, who managed to keep zeroes on the board thanks to strong infield defense and shoddy base running by the Heroes.

Park decided to take matters into his own hands.

"I knew he was going to try to throw a strike with his first pitch, and I was sitting on a fastball," Park said. "As important as it was to get on base, I wanted to get my timing down and swing hard on that particular pitch."

On Nov. 2 last year Park hit a dramatic two-run home run against the SK Wyverns in the top of the ninth inning in Game 5 of the second round series. The Heroes began that inning down 9-4 and Park's blast evened the score at 9-9. The Heroes took a 10-9 lead in the top 10th before losing in the bottom 11th on two solo shots.

Park wrote a different script on Sunday with his walk-off homer.

"I've hit some big home runs in games that we ended up losing, and I think losing a game like this would have been a huge blow to us mentally," said Park, whose team outhit the opponents 9-2. "So hitting a home run that gave us the win means that much more," Park said. 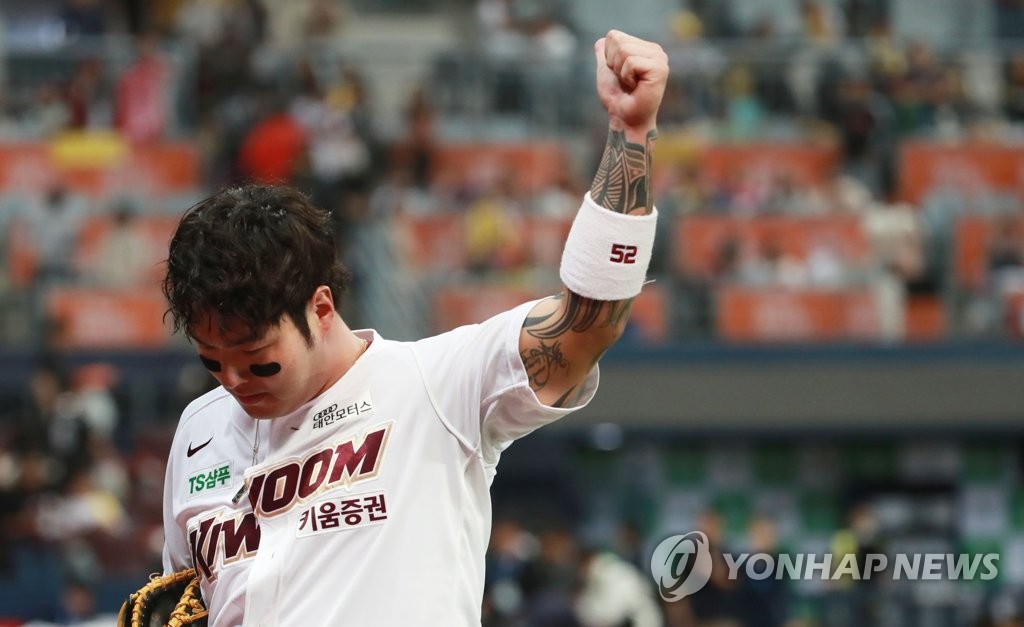 In that 2018 playoff series against the Wyverns, Park had gone 2-for-21 before the Game 5 home run. He said it lifted some pressure off his shoulders to get a big hit out of the way.

"In the postseason, it's easy to start pressing at the plate if you don't get hits early in the series," said Park, who didn't have a hit before the ninth-inning bomb. "I think I'll be able to relax a bit at the plate the rest of this series."