SEOUL, Oct. 8 (Yonhap) -- The fast aging of the population and low birthrate that will inevitably lead to a drop in the number of workers are the most urgent problems facing the South Korean economy, the central bank said Tuesday, though it said the trade disputes between the United States and China, and its own with Japan may pose the most immediate threats.

In a report submitted to the National Assembly committee on finance for an annual audit, the Bank of Korea (BOK) said the projected change in the country's demographics was one of five major issues that are most urgently needed to be addressed.

"The population issue needs to be actively dealt with, considering that the effect of any policy measures now will come to the surface 20 to 30 years later," the BOK said. 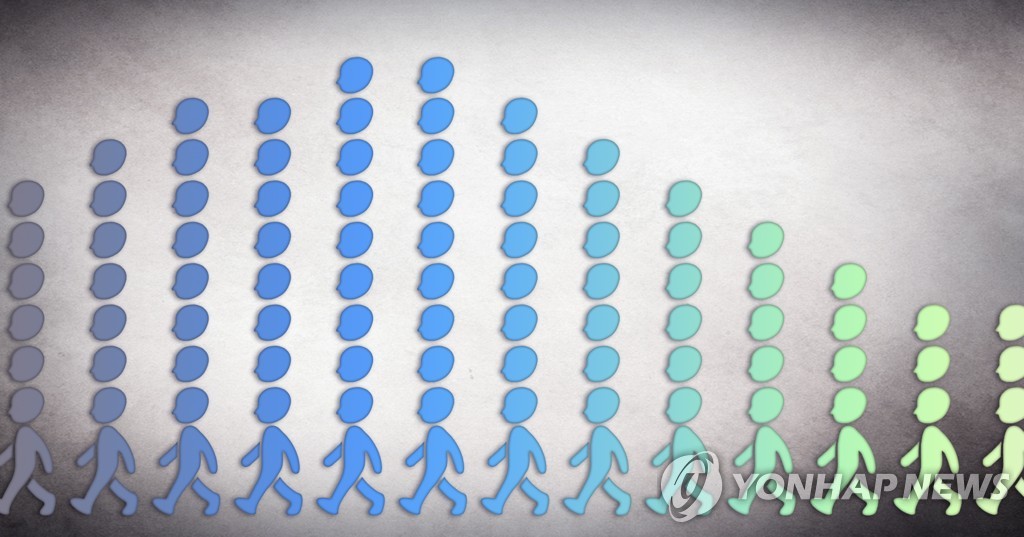 The central bank has said the country's growth potential for the 2016-2020 period was expected to drop by at least 0.1 percentage point from earlier estimates to a range of 2.7 percent and 2.8 percent, partly due to a cut in the number of working population.

The BOK also stressed the need to develop new growth engines for Asia's fourth-largest economy, along with restructuring efforts to reduce the number of marginal companies.

In a separate report, the BOK said the number of marginal companies, or those that are making less profit than their interest expenses, came to 3,236 in 2018, up from 3,112 a year earlier and accounting for 14.2 percent of all companies here that are subject to external audits.

More immediately, however, the widespread global trade protectionism may be one of the most serious problems affecting the local economy, the BOK said.

"The drop in global trade and investment sparked by the U.S.-China trade dispute poses a downside risk to the Korean economy," it said.

South Korea's exports have dropped for 10 consecutive months as of September.