SEOUL, Oct. 7 (Yonhap) -- South Korea's chief nuclear envoy left for Washington on Monday for talks with his U.S. and Japanese counterparts after the breakdown of the working-level nuclear negotiations between the U.S. and North Korea in Sweden.

During the four-day visit, Lee Do-hoon, special representative for Korean Peninsula peace and security affairs, will meet Stephen Biegun, U.S. special representative for North Korea, in Washington to coordinate their positions and strategies in the follow-up to Saturday's talks between Biegun and North Korea's top nuclear negotiator, Kim Myong-gil.

He will also have bilateral talks there with his Japanese counterpart, Shigeki Takizaki, as well as a trilateral meeting with the two envoys, on joint efforts for the peace process on the Korean Peninsula, according to the foreign ministry.

The nuclear talks, held on the outskirts of Stockholm, were the first negotiations between the two sides since February's no deal summit between U.S. President Donald Trump and the North's leader Kim Jong-un.

But the talks broke off as the two sides found themselves far apart over the scope of the North's denuclearization and possible concessions by the U.S. in return.

Shortly after the talks, Kim read out a statement to reporters outside the North Korean Embassy in Sweden and blamed the U.S. for the talks' breakdown, saying Washington had failed to come up with a new proposal acceptable to Pyongyang.

In a statement via state media on Sunday, the North's foreign ministry also warned that any further talks with Washington will only come when the U.S. takes steps to drop its "hostile policy" against the communist regime. 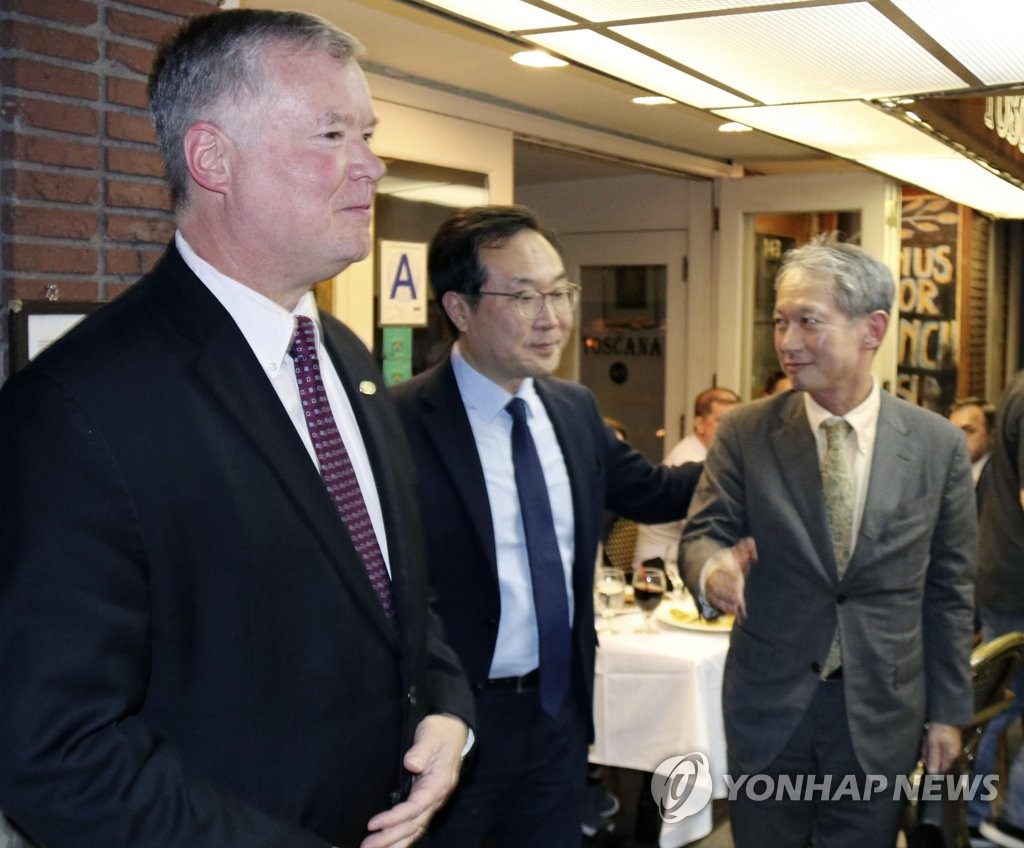