According to Realmeter, the rating hit the lowest in its weekly survey since the president took office in May 2017.

Commissioned by a cable news channel YTN, Realmeter conducted a phone survey of 2,007 people nationwide, aged 19 or older, throughout last week, except for the National Foundation Holiday that fell Thursday. The margin of error is plus or minus 2.2 percentage points. 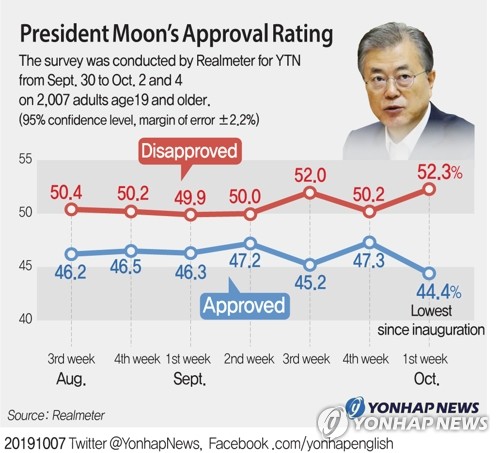 The previous low of 44.9 percent was recorded in the second week of March, while Moon's approval rating hit 43.8 percent in the agency's three-day poll of 2,007 adults that began Sept. 16, which was commissioned by the tbs TV and radio station.

In general, Moon's approval rating has taken a toll from his nomination of Cho Kuk, a former law professor and senior presidential secretary for civil affairs, as justice minister in early August.

Cho's family has been facing a widening probe by state prosecutors over a fraud and corruption scandal.

A weekend candlelight vigil by those who support Cho and the president was not reflected in the figures, it added. 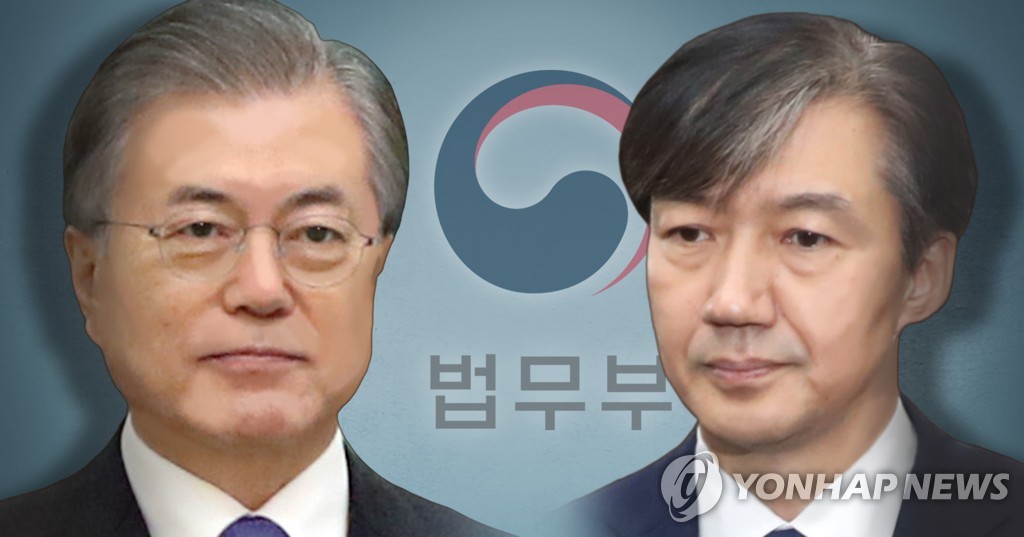