SEOUL, Oct. 7 (Yonhap) -- Indonesia is in arrears on its payment obligations for a joint project with South Korea to develop a next-generation fighter jet, citing financial problems, data by the arms procurement agency showed Monday.

Indonesia is a partner for South Korea's so-called KF-X project to develop a homegrown fighter aircraft in an effort to procure combat aircraft for its own air force and boost its aerospace industry. The country agreed to shoulder 20 percent of the development cost of the 8.8 trillion-won (US$7.36 billion) project.

But the Southeast Asian country failed to pay 301 billion won it was supposed to pay as of end-September, according to the data by the Defense Acquisition Program Administration (DAPA). So far, it has paid 272.2 billion won.

"Following the Indonesian president's request in 2018 for talks on the payment, South Korea set up a pan-government consultative body and has been holding working-level discussions with Jakarta," DAPA said, noting that the two sides have met four times so far this year.

"Despite such a delay in payment, the Indonesian side has continued to send its researchers to South Korea to take part in the development process," Rep. Kim Joong-ro of the minor opposition Bareunmirae Party said during a parliamentary audit into the administration, voicing concern about technology leaks.

As of July, 114 Indonesian engineers were sent to South Korea to work with Korea Aerospace Industries Co. (KAI), the country's sole aircraft manufacturer, to design and make a prototype of the fighter, according to a DAPA official.

Last month, DAPA confirmed that the design for the combat jet met all military requirements, allowing the project to go on to the next phase of constructing a prototype.

The prototype will be ready in the first half of 2021, and the agency is eyeing 2026 for the completion of development, which began in 2016, according to DAPA. 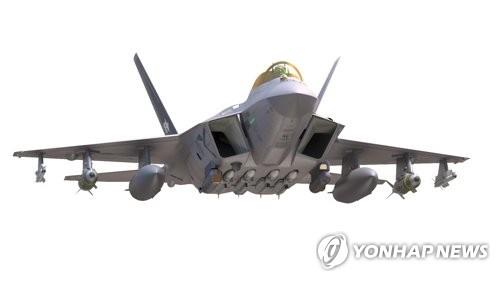