SEOUL, Oct. 7 (Yonhap) -- LG Electronics Inc. said Monday its third-quarter operating profit is expected to have increased 4.3 percent from a year earlier on the back of its robust home appliance and TV businesses.

In an earnings guidance, the South Korean electronics maker said it expects to post 781.1 billion won (US$652 million) in operating profit in the July-September period.

The figures were above the median forecast of 605.5 billion won operating profit in a survey conducted by Yonhap Infomax, the financial arm of Yonhap News Agency, on 23 Korean brokerage houses.

The company did not provide detailed performances for each division, saying it will release its earnings report later this month.

Analysts attributed the better-than-expected earnings to the company's cost-cutting efforts in its mobile business, which has been sluggish for years.

LG also announced that it will complete the relocation of its Korean production line to Hai Phong, a northern Vietnamese city, by the end of this year to reduce costs.

"LG Electronics is expected to enjoy reduced costs of 60 billion won in personal expenses and 20 billion won in other costs when it phases out the Pyeongtaek factory, south of Seoul, and shifts the production line to Vietnam," said Kim Ji-san, a researcher at Kiwoom Securities.

The company is also expected to have enjoyed robust profits in its home appliance division and television business.

Sales of products related to air quality, such as air purifiers, dryers and clothing-care home appliances, are expected to have surpassed 5 trillion won during the period.

Shares of LG Electronics gained 4.52 percent to reach 69,400 won on the Seoul bourse, far above the KOSPI's 1.04 points, or 0.05 percent. The earnings guidance was announced right before the market closed. 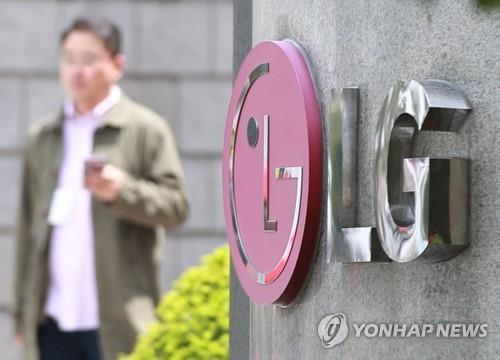