SEOUL, Oct. 7 (Yonhap) -- Seo Geon-chang lives by the mantra that baseball is a team game. Even hitting a game-tying single in the bottom ninth to set the stage for an extra-inning victory in the Korea Baseball Organization (KBO) postseason on Monday, the Kiwoom Heroes designated hitter could only think about the team first.

"This was a tough game, but everyone came together for this win," Seo said after the Heroes defeated the LG Twins 5-4 in 10 innings at Gocheok Sky Dome in Seoul. The Heroes, who also won Sunday's Game 1 in walk-off fashion, now lead the best-of-five first round series two games to none. 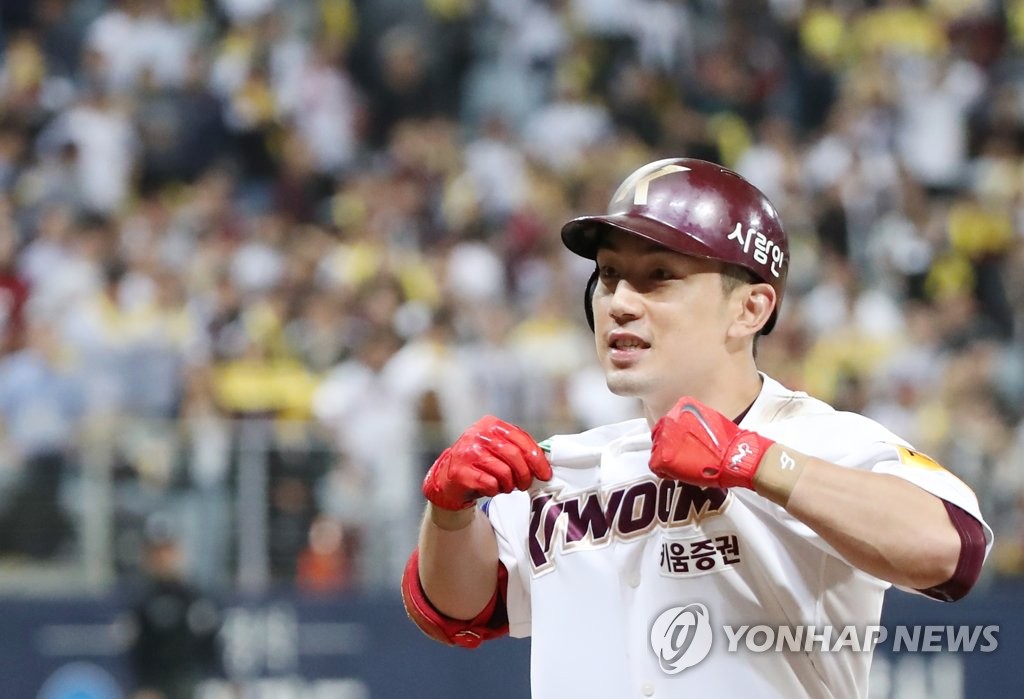 The Heroes were down 4-1 heading into the eighth inning, having been limited to five hits against crafty LG starter Cha Woo-chan.

Once Cha left the game, the Heroes' bats got hot. Park Byung-ho first sent a two-run shot off reliever Kim Dae-hyun in the bottom eighth to make it a 4-3 game.

Then, facing LG closer Go Woo-suk in the bottom ninth, Seo hit a sharp single through the hole on the left to knot the score at 4-4.

The finish was somewhat anticlimactic, as the winning run came home on a ground ball off the bat of Joo Hyo-sang in the bottom 10th.

Seo stepped up to the plate with two outs in the ninth, the tying run 90 feet away. He said he wasn't thinking about the pitcher -- the embattled Go, who lost Game 1 on Monday after giving up a ninth-inning home run to Park Byung-ho -- but was trying to keep the focus on himself.

"I was just hoping to stay calm and take my own swing," Seo said. "And again, I don't feel like I've done anything by myself. This was a total team effort." 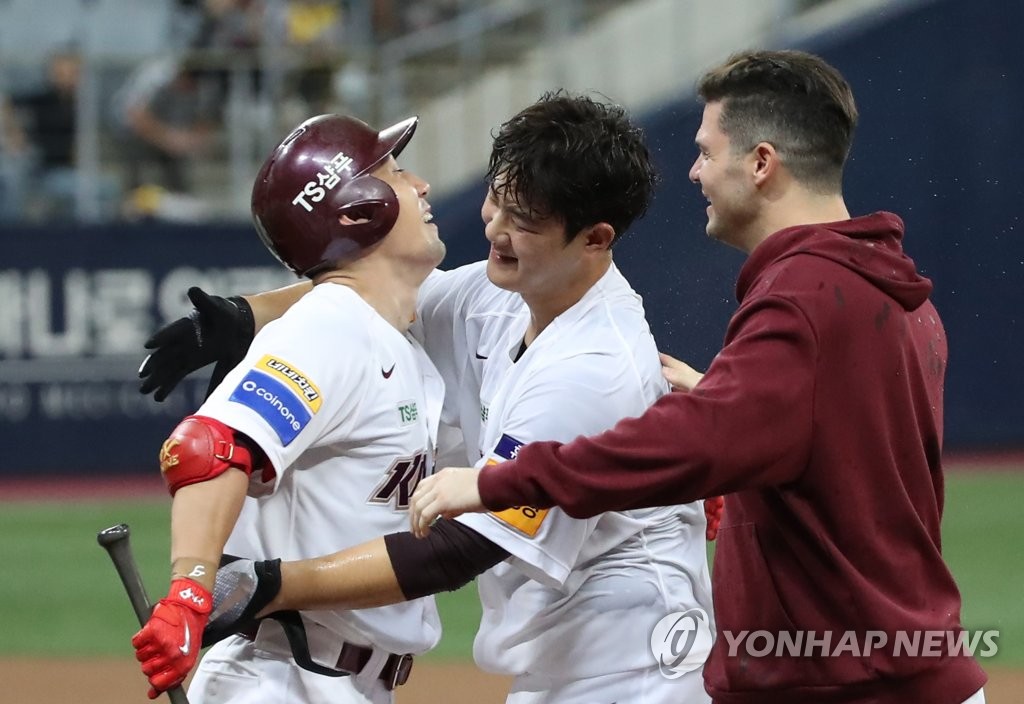 The Heroes had to go to the bullpen early as their starter, Eric Jokisch, failed to get out of the third inning. Manager Jang Jung-suk ended up using eight relievers, all but one of them seeing their first postseason action of the year.

Jang gave those hurlers credit for keeping the team in the game and allowing the lineup that scored the most runs during the regular season to stage a comeback.

"We tried to play the matchup game, but there were some pitchers who looked nervous out there," Jang said. "But now that everyone has been into a game, they should be better from here and on."