WASHINGTON, Oct. 7 (Yonhap) -- North Korea's ambassador to the United Nations warned the United States and European nations Monday against raising the issue of its recent missile tests at the U.N. Security Council, saying it would push the regime to further "defend our sovereignty."

Amb. Kim Song made the remark to reporters at the North's mission to the U.N., a day before the Security Council is slated to hold a closed-door session to discuss the regime's test of a submarine-launched ballistic missile last week.

The meeting was requested by Britain, France and Germany.

"We know well that the United States is behind impure moves of the UK, France and Germany," Kim said, according to Reuters. "The United States and its followers should bear in mind that if they raise the issue of our self-defensive measures at the U.N. Security Council meeting in this moment, it will further urge our desire to defend our sovereignty."

Asked if defending the North's sovereignty involved more missile tests, the ambassador said no but added: "Please carefully watch what we will do in the future." 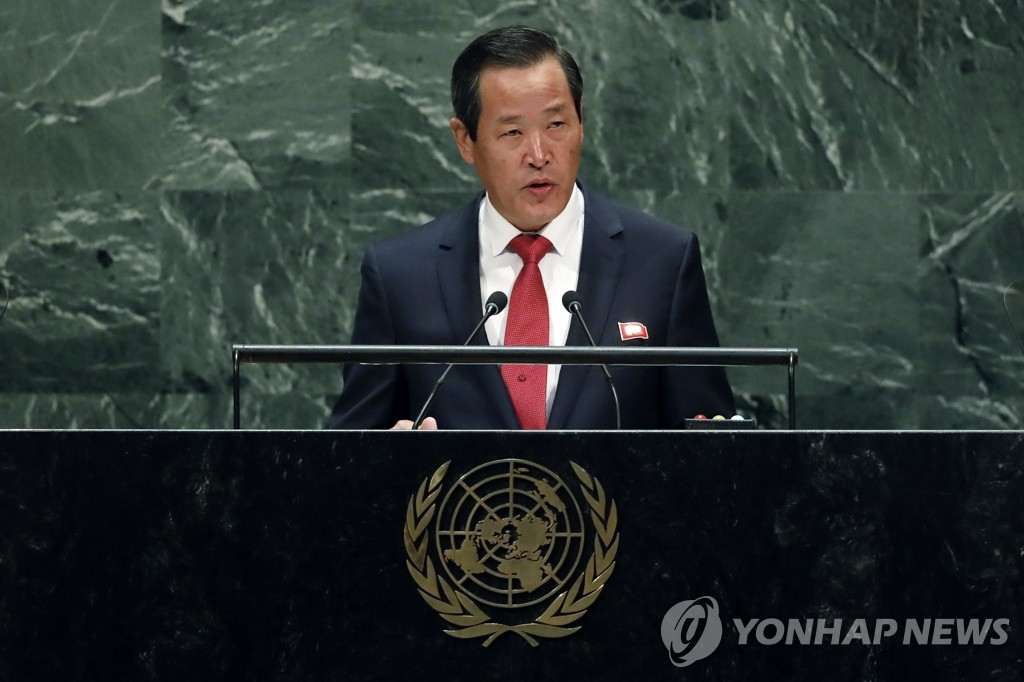 Britain, France and Germany have cited the North's violation of U.N. Security Council resolutions that ban the regime from using ballistic missile technology.

The SLBM test came Wednesday before North Korean and U.S. officials resumed working-level negotiations on denuclearizing the regime at a meeting in Stockholm, Sweden, Saturday.

North Korea broke off the negotiations, blaming the U.S. for failing to come up with a new proposal.

It also threatened to end a self-imposed moratorium on tests of nuclear weapons and intercontinental ballistic missiles, which has been in place since the resumption of North Korea-U.S. diplomacy in early 2018.

The two sides have wrangled over how much the North should denuclearize before receiving sanctions relief and security guarantees from the U.S.

The difference led to the collapse of February's second summit between U.S. President Donald Trump and North Korean leader Kim Jong-un, followed by the absence of formal negotiations until Saturday.