Kelly will start Game 3 of the first round against the Kiwoom Heroes at home, Jamsil Stadium in Seoul. The first pitch is at 2 p.m. Wednesday.

The Twins dropped the first two games of the best-of-five series, making Wednesday's contest the first elimination game of the opening playoff round. 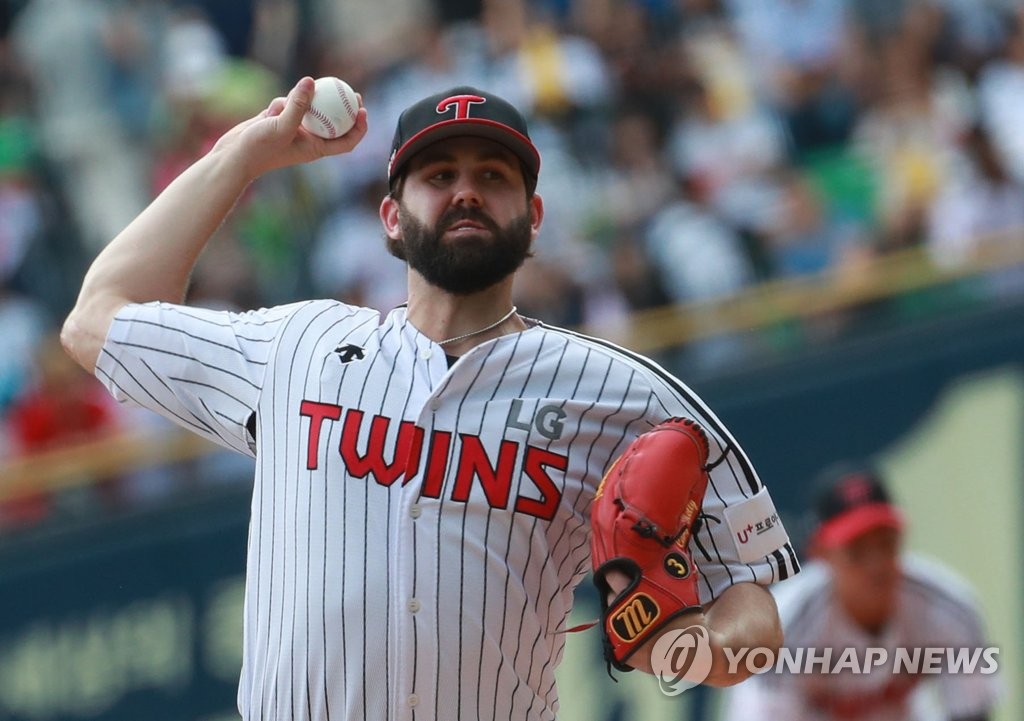 And the Twins lost those two games in the most excruciating fashion -- in the opposing team's final at-bat. In Game 1 on Sunday, the Twins' closer Go Woo-suk gave up a walk-off solo home run to Park Byung-ho on his first pitch of the game in the bottom ninth.

On the next day, the Twins blew a 4-1 lead late, with Go giving up a tying run in the bottom ninth and reliever Jin Hae-soo letting in the winning-run in the bottom 10th on the first walk-off ground ball in KBO postseason history.

There's no time to wallow in self-pity, as one more loss will send the Twins home and extend their championship drought to 26 years.

In comes Kelly, who had a strong postseason debut against the NC Dinos in a 3-1 wild-card victory last Thursday.

Kelly faced the Heroes once during the regular season, and was the losing pitcher after giving up two runs -- one unearned -- on six hits in six frames in a 5-0 defeat on May 28.

The Heroes, on the verge of reaching the second round for the second straight year, will counter with the 20-year-old left-hander Lee Seung-ho. 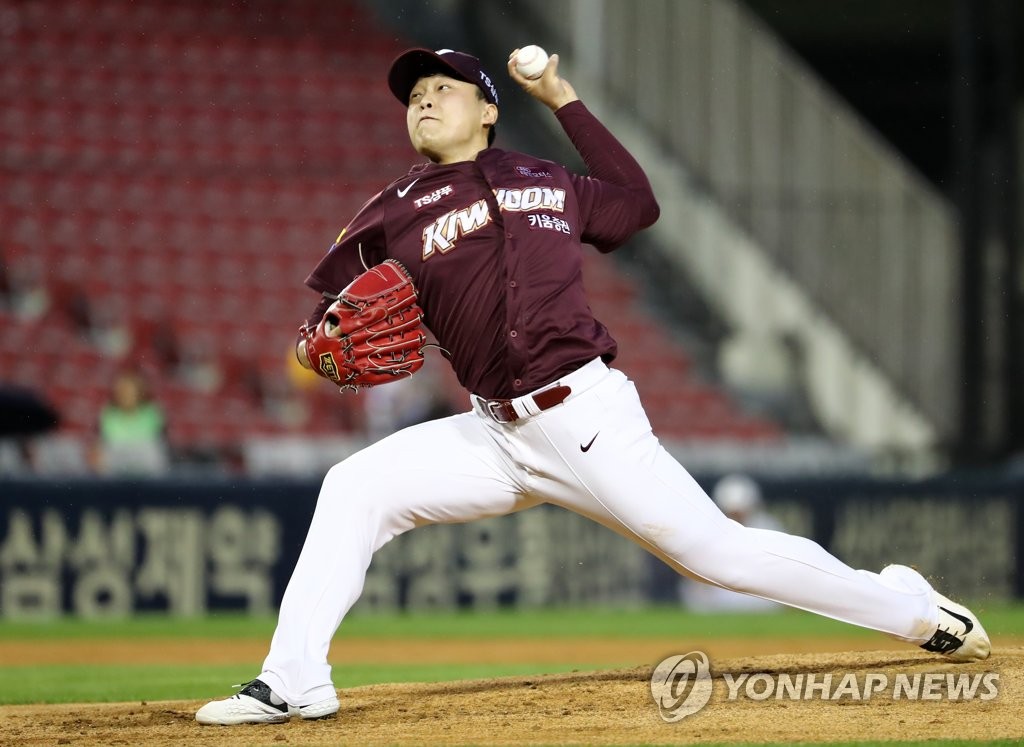 Lee was 8-5 with a 4.48 ERA in the regular season. He had some success against the Twins, going 1-0 in two meetings after holding them to three runs in 14 innings.

In two games so far this series, the Heroes have scored one run against two Twins' starters, Tyler Wilson and Cha Woo-chan, but five against their relievers.

For the Heroes, Game 1 starter Jake Brigham took a no-hitter into the seventh inning and ended up tossing 6 2/3 scoreless frames. Eric Jokisch didn't come close to matching that performance in his Game 2 assignment, as he failed to get out of the third inning and was charged with three runs in 2 1/3 innings. But the eight relievers that followed Jokisch held the Twins to a run over the final 7 2/3 frames, giving their lineup a chance to stage a late comeback.

Only twice has a team overcome a 2-0 deficit to take the first round series: the 2010 Doosan Bears over the Lotte Giants and the 2013 Bears over the Heroes.