Go's first postseason, though, has been a very different story. He's appeared in all three postseason games for the Twins so far, and with each passing outing, Go has taken the term "trial by fire" to a new level.

In those three outings -- one against the NC Dinos in the wild card game and two against the Kiwoom Heroes in the first round -- Go has been charged with two earned runs in 1 2/3 innings of work. But Go has pitched even worse than those numbers might indicate.

Go's struggles in October have been real, to a degree that one may be justified in worrying about how someone that young would be able to come out of all this in one piece. 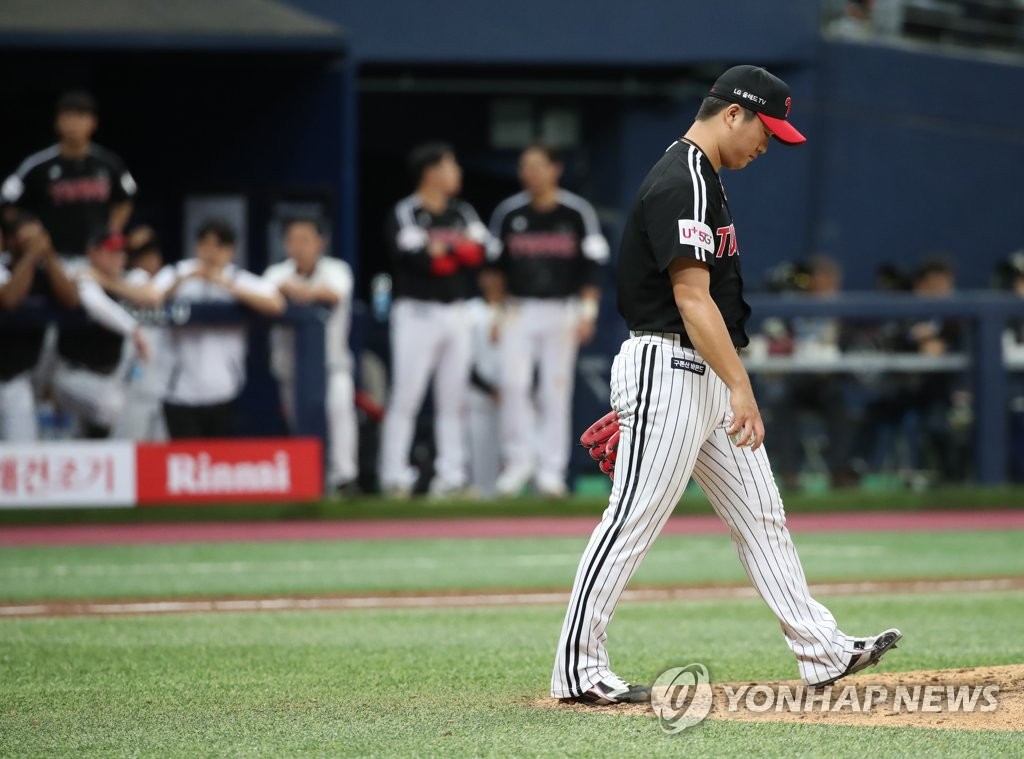 It began in the wild card game last Thursday, when Go was summoned in the top of the ninth inning to protect a 3-1 lead.

After recording the first out, Go pitched himself into trouble, giving up a single, a walk and another single to load the bases.

Go survived his first postseason test by retiring the next two batters on flyouts, though the second of those, off the bat of No Jin-hyuk, was caught at the warning track in front of the right field fence.

Following that game, LG manager Ryu Joong-il said, "He's our closer and I trusted him to get the job done." Ryu also said he believed Go would only get better at handling his nerves in future outings, since he'd gotten the first postseason game out of the way.

And trust the manager did. On Sunday, Ryu sent out Go to face the meat of the Heroes' order in a scoreless Game 1 of the first round in the bottom of the ninth inning. The goal was to keep the Heroes off the board and take the game into extra innings.

Go now holds the record for the fewest pitches thrown by a losing pitcher in KBO postseason history.

And yet, Ryu continued to sing the same tune.

"This is just one game, and Park Byung-ho hit a good pitch," the manager said. "Go Woo-suk is our best reliever and I'll keep trusting him."

The very next day, with the Twins nursing a 4-3 lead in Game 2 and on the verge of knotting the series at 1-1, Go took the mound again to start the bottom of the ninth inning. 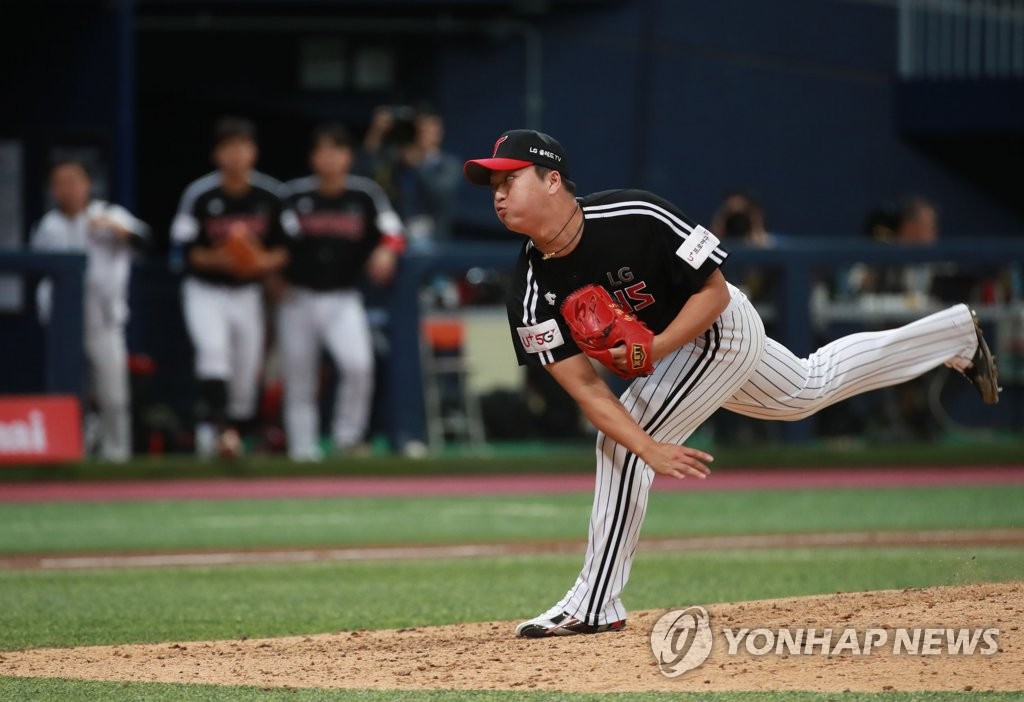 The manager's continued trust clearly had no impact on Go's pitching, as the inning played out as follows: single, sacrifice bunt, groundout, single, single and walk.

The second of those singles, by Seo Geon-chang, tied the score at 4-4. That walk, issued to Jerry Sands, loaded the bases with two outs for Park Byung-ho.

Would Go have a chance at redemption and retire Park with the game hanging in the balance, 24 hours after serving up that big home run?

No. Even Ryu had seen enough and he wasn't going to mess around. He went to veteran right-hander Song Eun-beom, who got Park to ground into a fielder's choice and sent the game to extra innings.

The Twins lost in the bottom of the 10th. By Monday night, Ryu sounded far less convincing in his claim that he trusted his young pitcher.

"Even though the result wasn't great, he'll have to go through a stretch like this to be better," Ryu said. "He's someone who can be the closer for this franchise for the next 10 years. I hope he'll learn from this and keep growing as a player."

The series between the Twins and the Heroes resumes Wednesday at LG's home, Jamsil Stadium in Seoul.