The fund -- launched in 2010 -- aims to channel money from industrialized nations to developing countries to help them tackle climate change-related problems.

The fund has so far received US$7 billion from about 40 countries, including South Korea and the United States. South Korea contributed $100 million to the fund.

"The expansion of public finances and a successful replenishment of the GCF are crucial," Kim Hoe-jeong, deputy minister for international affairs at the Ministry of Economy and Finance, said in a speech in a climate conference at a hotel in the western port city of Incheon, where the fund is headquartered. 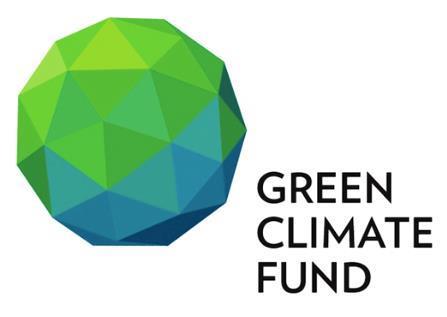 South Korea has recently announced that it will contribute $200 million for this first round of the replenishment of the fund.

The fund is set to open a two-day pledging conference on Oct. 24 in Paris for its first replenishment.

In July, Yannick Glemarec, executive director of the Green Climate Fund, said he expects the replenishment to be successful because Germany and Norway have announced they will double their contributions to the fund.

Kim said $6.9 trillion of climate infrastructure investment is needed each year till 2030 to implement the landmark Paris climate agreement, citing a recent joint report by the U.N., the World Bank and the Organization for Economic Cooperation and Development.

The 2015 Paris agreement is meant to combat climate change and to accelerate the action and investment needed for a sustainable low carbon future.

In 2015, South Korea pledged to cut greenhouse gas emissions by 37 percent by 2030 from 850.6 million tons of carbon dioxide equivalents, an amount Seoul says it would reach if it lets business run as usual.

"We expect the GCF to play an innovative role in encouraging private participation and the shift toward a paradigm of a low-carbon economy," he said.

In July, the fund approved $267 million in funding for 10 new projects in developing countries to help them deal with climate change.

The 10 new project approvals bring the Green Climate Fund's portfolio to a total of 111 projects, committing around $5.2 billion of the fund's resources to climate action in 99 developing countries.