The government spent 225.8 trillion won in the January-August period, up 13 trillion won from the same period last year.

In August alone, tax revenue reached 20.2 trillion won, down 2.9 trillion won from a year earlier, according to the ministry. 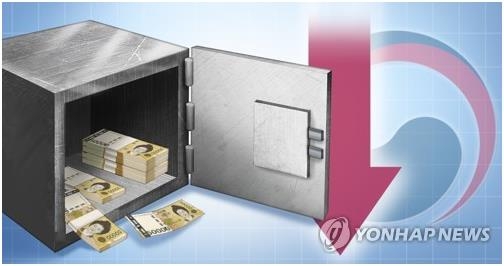