SEOUL, Oct. 8 (Yonhap) -- The head of the financial watchdog on Tuesday vowed stern punishment for financial firms responsible for improperly selling derivatives linked to overseas interest rates that carry the risk of losing nearly all the money invested in them.

"(The FSS) will take stern measures against confirmed cases of violations and swiftly proceed with dispute reconciliation," Yoon told lawmakers. 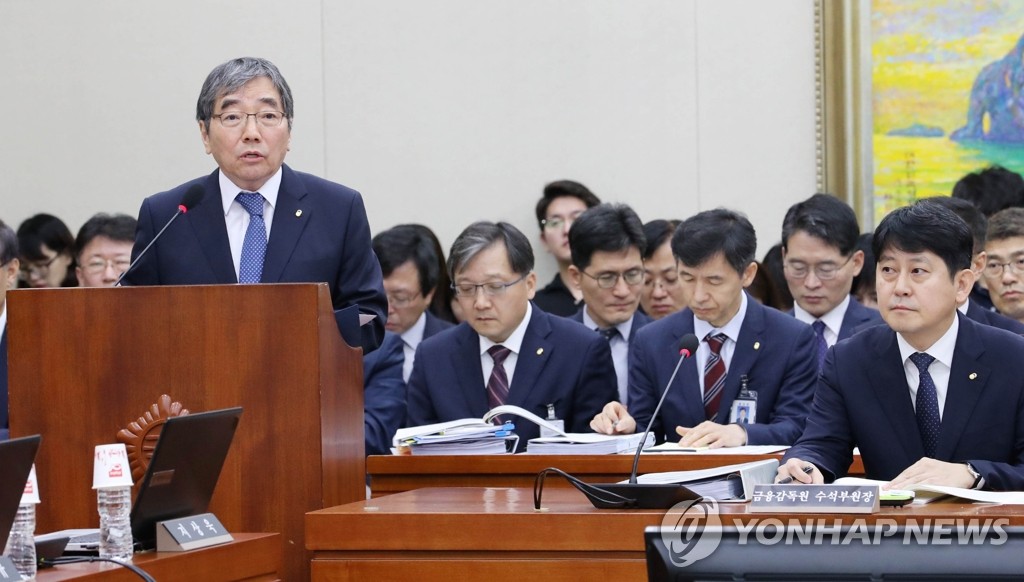 Earlier this month, the FSS said about 20 percent of 3,954 cases detected may violate law or internal rules in selling the derivatives, but further investigation is needed into two leading lenders -- Woori Bank and KEB Hana Bank.

Some financial firms were suspected of failing to offer enough information to investors or of violating internal rules that protect elderly customers when they sold the derivatives, the FSS said.

Since mid-August, the FSS has been probing Woori Bank, KEB Hana Bank and brokerage firms and asset managers that sold the derivatives products linked to foreign interest rates.

If the constant maturity swaps of U.S. and British government bonds keep their current levels, local investors will report an approximately 52.3 percent loss from their investment, officials said.

In the case of options that are linked to Germany's 10-year government bonds, local investors are likely to report a 95 percent loss, officials said.