CHEONGJU, South Korea, Oct. 8 (Yonhap) -- An international craft festival has opened in the central city of Cheongju featuring about 2,000 works by leading and emerging artists that show the traditional beauty and contemporary value of craft.

The 11th Cheongju Craft Biennale is running at the Culture Factory C, a tobacco factory-turned-cultural facility, and several other exhibition venues across the city from Tuesday to Nov. 17.

The biennale consists of five main exhibitions, three special exhibitions, an international contest and an invited country exhibition, which display about 2,000 pieces by 1,200 artists from 36 countries, according to the organizing committee. 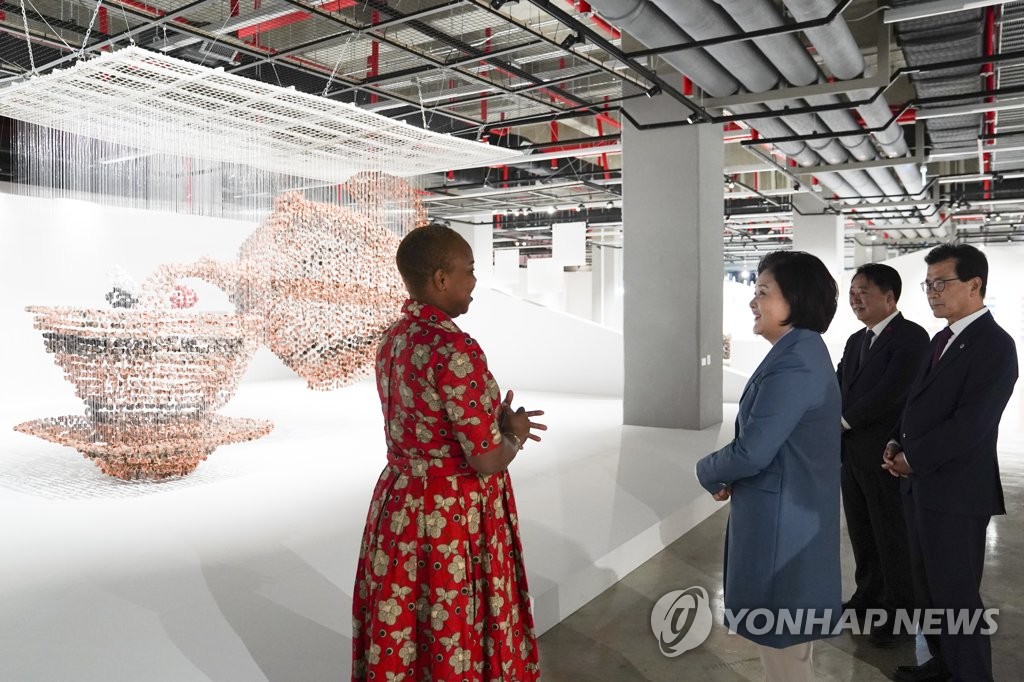 This year's theme is "Dreaming of Crafts of the Future: Mongyudowon Unfolds." "Mongyudowondo" (the Dream Journey to the Immortal Peach Orchard), created in 1447 by Ahn Gyeon, is one of the greatest paintings of the Joseon Dynasty (1392-1910).

"A fascinating, beautiful Mongyudowon of crafts will unfold over the next 41 days at the Culture Factory C, where a new history of the craft city Cheongju begins," Mayor Han, who heads the organizing committee, said at the ceremony at the main exhibition venue.

The event was inaugurated in 1999 as the world's first biennale solely devoted to crafts.

First lady Kim praised the biennale for "raising the standing of Korean crafts and leading the world craft trends for more than two decades."

"I am confident that our crafts will grow into one of Korea's leading cultural brands like K-pop and dramas that have become symbols of the Korean Wave," she said in her congratulatory address. 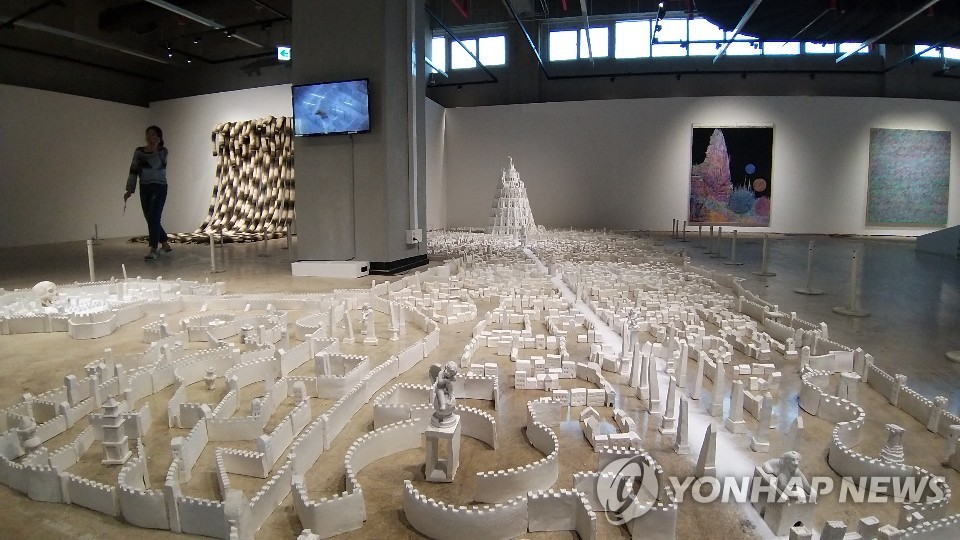 At the opening event, 11 artists and five project planners received awards at the Cheongju International Craft Competition with a prize sum of 140 million won (US$117,000). The contest, which was halted in the 10th edition in 2017, was resumed this year.

The main and special exhibitions will feature metal, ceramic, wood, textile and glass items by about 210 artists from 17 countries, which the organizers say showcase the diversity and experimental spirit of today's craft and seek harmony between tradition and modernity, aesthetic and practical values

The Invited Country Pavilion displays craftworks by 200 artists from Denmark, Hungary, China and 10 countries of the Association of Southeast Asian Nations (ASEAN).

The biennale also offers a craft fair, educational programs and symposiums on themes, including the future of crafts in the era of a great technology transformation. 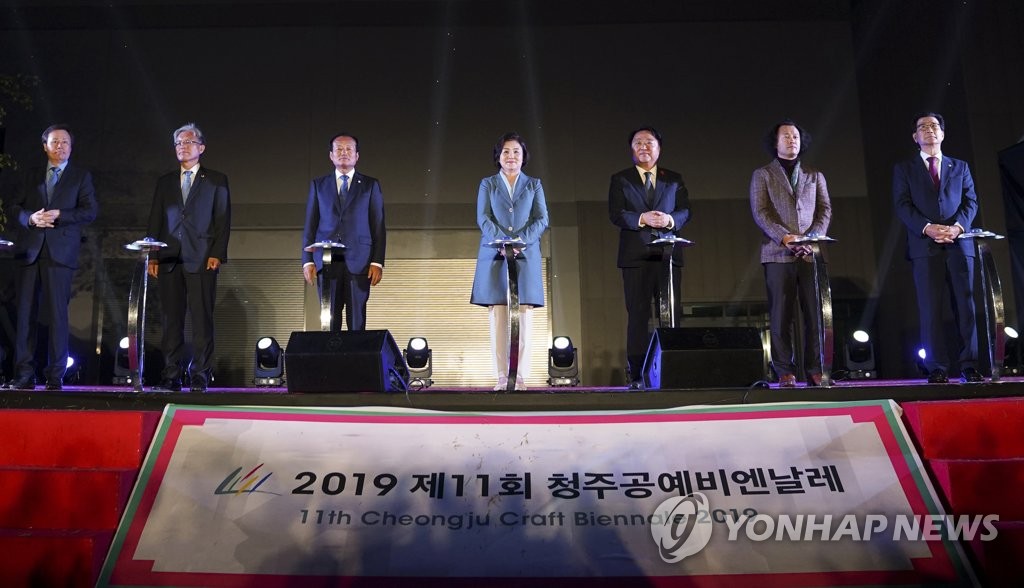