The agreement was clinched between South Korea's Defense Minister Jeong Kyeong-doo and his Omani counterpart, Sayyid Badr bin Saud, on Monday in Muscat, the ministry said.

Jeong is in Oman for a two-day official visit to the Middle Eastern country that started Monday.

"The two sides agreed to make joint efforts to come up with follow-up measures to further enhance the cooperation in defense realms between the two countries," the ministry said in a release.

Ahead of the signing ceremony, the two ministers held talks and exchanged their assessments of the security situations on the Korean Peninsula and in the Middle East and reaffirmed their commitment to close cooperation with the international community for regional peace and stability, according to the ministry.

Jeong expressed his gratitude for the Omani authorities' support for South Korea's Cheonghae Unit, a 300-strong contingent stationed in the Gulf of Aden off Muscat for anti-piracy missions.

The Omani minister also expressed thanks for the unit's role in ensuring freedom of navigation and vowed continued backing for it, the ministry added.

Later in the day, Jeong plans to visit the Cheonghae Unit and meet troops there and look around the Sultan's Armour Unit before returning home, according to the ministry.

The Cheonghae Unit has been deployed in the gulf since early 2009 as part of global efforts to tackle piracy in the region.

There has been speculation that the unit might also undertake missions in the Strait of Hormuz, where the U.S. has called on its allies to forge a coalition against Iran's military activities amid heightened tensions between Washington and Tehran. 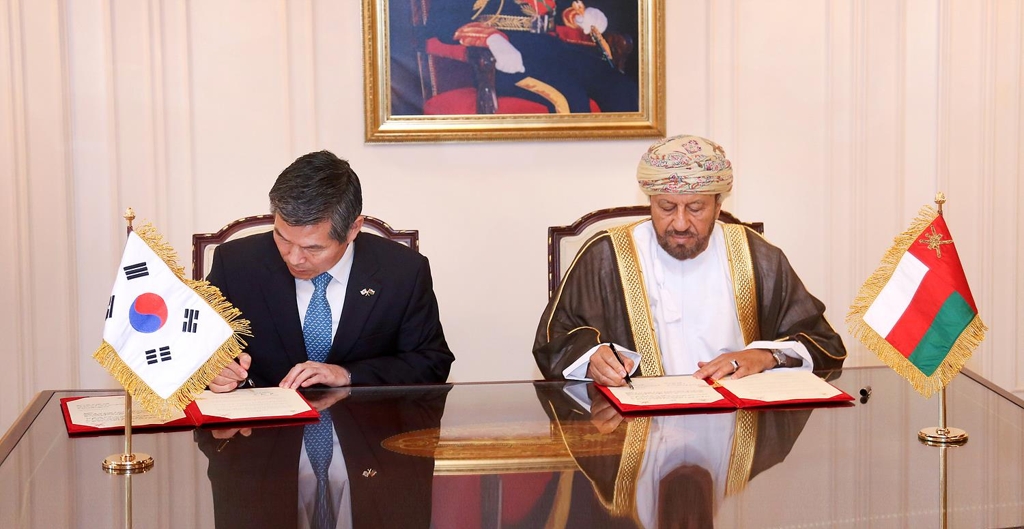